Argyle midfielder Tyrese Fornah admitted he was thrilled for match-winning teammate Sam Woods, whose 11th-minute strike proved the difference as the Greens ground out a battling 1-0 Sky Bet League One...


Despite his ultimate delight in securing another three Sky Bet League One points on Friday, Argyle manager Ryan Lowe expressed frustration with his side’s second half display in the 1-0 victory over...

THE TEAMS: Argyle vs AFC Wimbledon


The teams are in ahead of the Greens' Good Friday Sky Bet League One clash with AFC Wimbledon at Home Park.


Having collected four points from their last two games, the Greens are back on home turf this weekend to take on AFC Wimbledon.

A wonderful piece of skill on 11 minutes from Sam Woods ultimately proved enough for Argyle to start their Easter weekend with maximum points.

The Greens were fabulous at times in the first period, dominating a Wimbledon side fighting for their lives near the bottom of Sky Bet League One, but without adding a killer second.

The Dons battled bravely after the break but, while the Greens were unable to find the same attacking fluency, the defensive unit stood up to the challenge of protecting the lead.

Argyle manager Ryan Lowe named the same side that secured an excellent 2-2 draw at Blackpool last weekend with an added defensive boost on the bench, with Kelland Watts available again after a hip injury.

Wimbledon boss Mark Robinson made two changes from the battling 1-0 victory over Northampton six days ago, thanks to a last-minute penalty save from Nik Tzanev, bringing in Ethan Chislett and Ayoub Assal for Jack Rudoni and Alex Woodyard.

On a bright Good Friday afternoon at Home Park, the early sparring was interrupted by a foul on Niall Ennis near the right flank, but Conor Grant’s clipped free-kick was headed clear by Will Nightingale in the visiting defence.

Given the extraordinary drama of the 4-4 draw in the reverse fixture in September, it was a fairly sedate opening, with the first shot in anger a rising drive from distance by Wimbledon skipper Luke O’Neill.

A searching run from Danny Mayor created room for Adam Lewis to fizz over a low cross, which was rebounded back to Mayor for a second attempt, but that was also cleared, this time for a corner.

The ball was delivered to the far post and Tyrese Fornah cleverly recycled the play for a low cross toward Woods, who executed a sublime flicked finish with his back to goal, guiding his effort brilliantly beyond Tzanev and into the far corner.

It was an outstanding finish from the young defender on loan from Crystal Palace and the Pilgrims were now sizzling with belief. Mayor was in the mood to terrorise, enjoying a brace of weaving runs, the second of which led to a drive from 15 yards that needed strong fists and wrists from Tzanev to prevent a quickfire double.

Argyle were cutting through the Wimbledon defence with superb precision, as Joe Edwards threaded a pass into the right channel for Ryan Hardie, who drilled his shot straight at Tzanev. Lewis picked up the rebound and fizzed a low cross back toward Hardie, but Tzanev was just about able to collect.

Sedate had turned to frantic within a few minutes and tenacious work from Grant and Fornah in the midfield area ensured the beleaguered Dons were denied the chance to settle into any sort of rhythm.

When the Dons did carve out an opening, it was down to a surging run and cross by Cheye Alexander, but Will Aimson read the danger to head clear. The subsequent corner found the head of Nightingale, who stooped for an effort that proved comfortable for Michael Cooper.

Argyle reignited their attacking verve with tremendous pressurising from Hardie, winning the ball for a Mayor jink and short pass to Ennis, who shot low first-time with his left-foot, but massive credit to Alexander for positioning himself behind the beaten Tzanev to clear off the line.

The Greens were looking extremely confident in possession, patiently moving the ball around the high press from Wimbledon to work the play wide to Lewis for a cross that fell for Panutche Camara, but his left-foot swipe was a long way off target.

Ryan Longman responded with Wimbledon’s best moment of the half, bursting inside from the left-flank to rifle a shot aimed at the top corner. Cooper tipped it over at full stretch and then displayed fine bravery to dive at the feet of Nightingale when the subsequent corner bobbled around the six-yard box, with the ball thankfully dribbling inches wide.

Strong running from Hardie and Camara soon had the play back in Wimbledon’s penalty area, as the visitors scrambled to clear. Argyle worked the ball back to Lewis for another dangerous low cross hacked away for a corner.

Lewis drifted his set-piece deep for Aimson to power a header back across goal, forcing Joe Pigott into a goalline clearance. It was the final act of an impressive first period for the Pilgrims.

The Dons emerged from the interval to conjure a decent opening with a deep cross nodded down by Pigott for Chislett, who pulled back the trigger for a shot from 12 yards but Fornah managed to cause enough distraction for the effort to be dragged wide.

Argyle replied with a Grant pass slipped into the run of Mayor for a drive arrowed down the throat of Tzanev for a comfortable save, as the shadows gradually began to creep across a sunny Theatre of Greens.

Wimbledon were definitely showing more ambition in forward areas, working a neat move down the right for a Chislett cross that required super defending from Woods to divert the danger. Longman then fired over a low delivery from the opposite wing just before the hour that evaded the runs of Pigott and Chislett.

Both managers decided the time was right to freshen up their troops, with Luke Jephcott replacing Hardie for Argyle, and the Dons made a double change, withdrawing Chislett and Alexander for Rudoni and Nesta Guinness-Walker.

Wimbledon found another low cross from the right midway through the second half and Woods was again in the right place to slide the ball clear. Cooper was then quickly off his line to snaffle the ball with George Dobson trying to latch on to a threaded pass.

It was then back to the benches, as the Dons introduced Ollie Palmer for Pigott and Watts replaced Lewis for the Greens, with Grant shifting over to left wing-back in a reversion to the familiar 3-5-2 formation.

Guinness-Walker emerged as a problem from the next attack, whipping over a cross toward the near-post that forced Cooper into a diving thump clear, and the resultant corner was scrambled clear after a Ben Heneghan flick-on.

Woods hobbled off with looked like a muscle injury 12 minutes from time, with Fornah dropping back as temporary cover while the subs were prepared. The Dons tried to take advantage of their brief numerical advantage with an O’Neill drive from distance rifled into the side-netting.

Fornah was tasked with staying in the back three for the final 10 minutes, with Ben Reeves coming on to occupy the anchor role in midfield and Byron Moore the fresh legs up front in place of Ennis.

A scrappy second half edged toward stoppage time with the visitors understandably throwing numbers forward and a robust challenge from Rudoni on Grant left the Pilgrim nursing a very sore foot before slowly climbing to his feet.

A clipped cross from Palmer then picked out Hengahan for a header steered a fraction past the far post with Cooper rooted to the spot, as four minutes of injury time appeared from the fourth official’s board.

Wimbledon kept piling the ball forward but Argyle’s defence, despite a couple of reshuffles, had been superbly stubborn all afternoon and three well-earned points for the Pilgrims.


Argyle midfielder Tyrese Fornah admitted he was thrilled for match-winning teammate Sam Woods, whose 11th-minute strike proved the difference as the Greens ground out a battling 1-0 Sky Bet League One...


Despite his ultimate delight in securing another three Sky Bet League One points on Friday, Argyle manager Ryan Lowe expressed frustration with his side’s second half display in the 1-0 victory over...

THE TEAMS: Argyle vs AFC Wimbledon


The teams are in ahead of the Greens' Good Friday Sky Bet League One clash with AFC Wimbledon at Home Park.


Having collected four points from their last two games, the Greens are back on home turf this weekend to take on AFC Wimbledon. 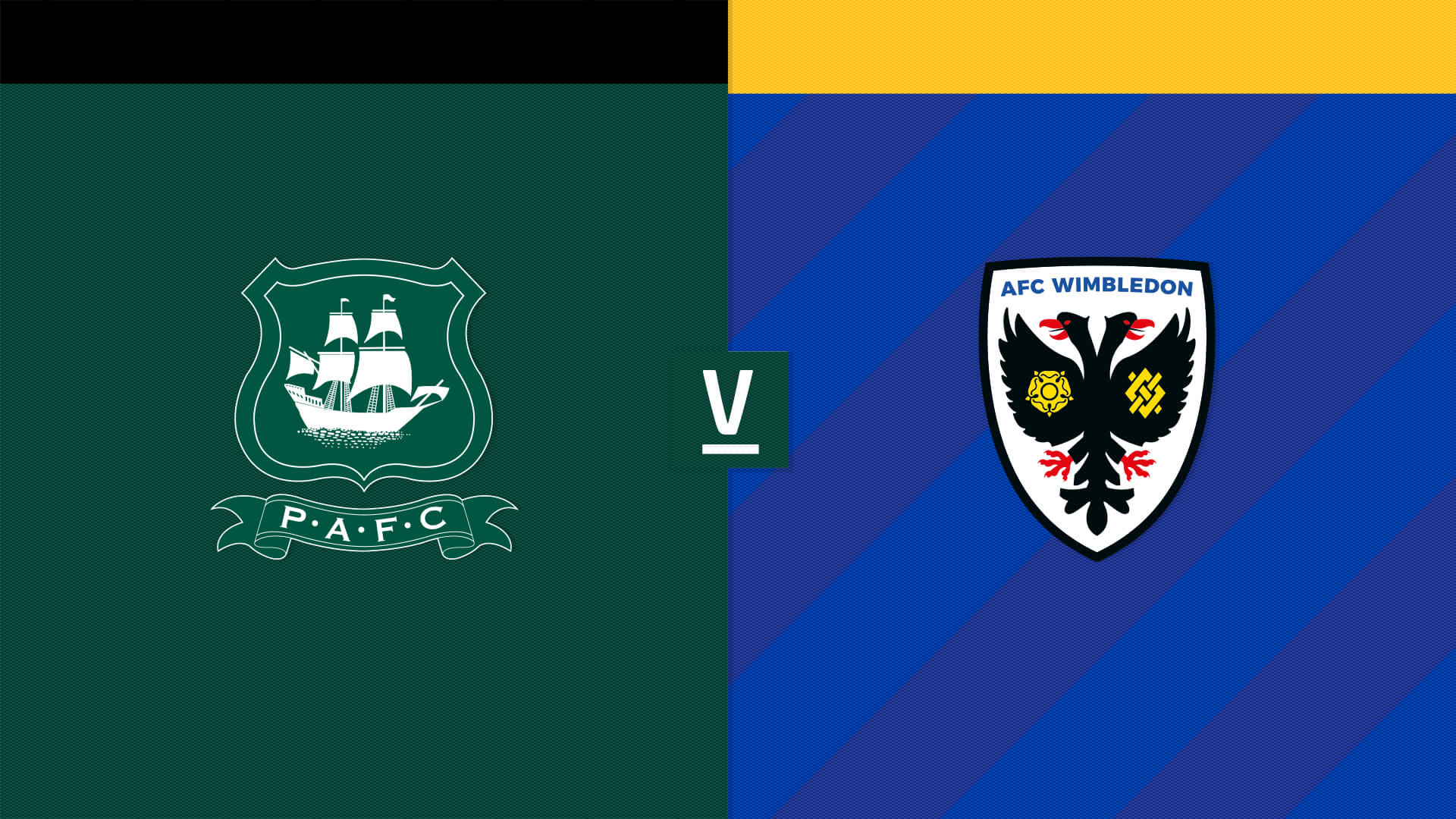 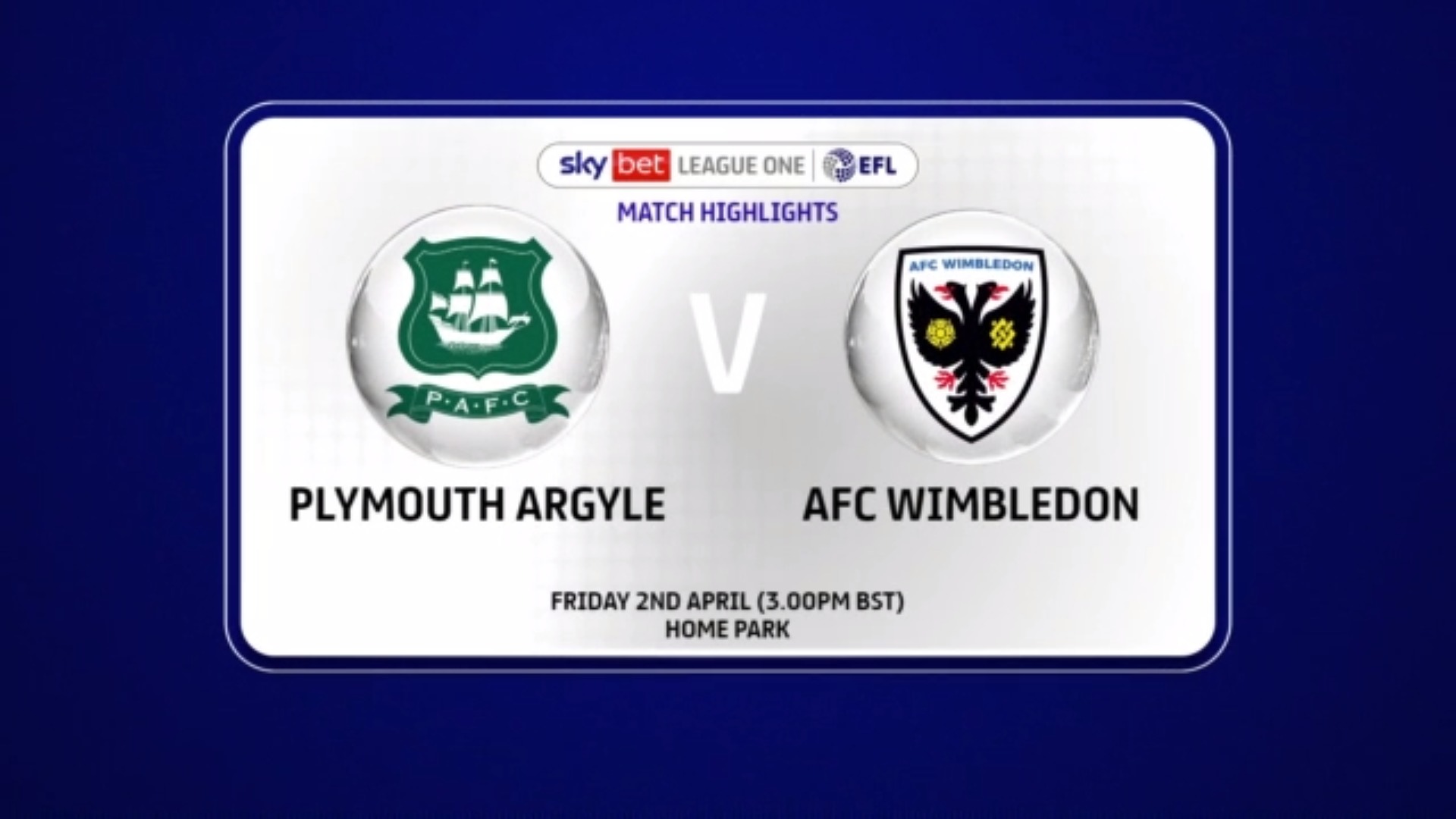 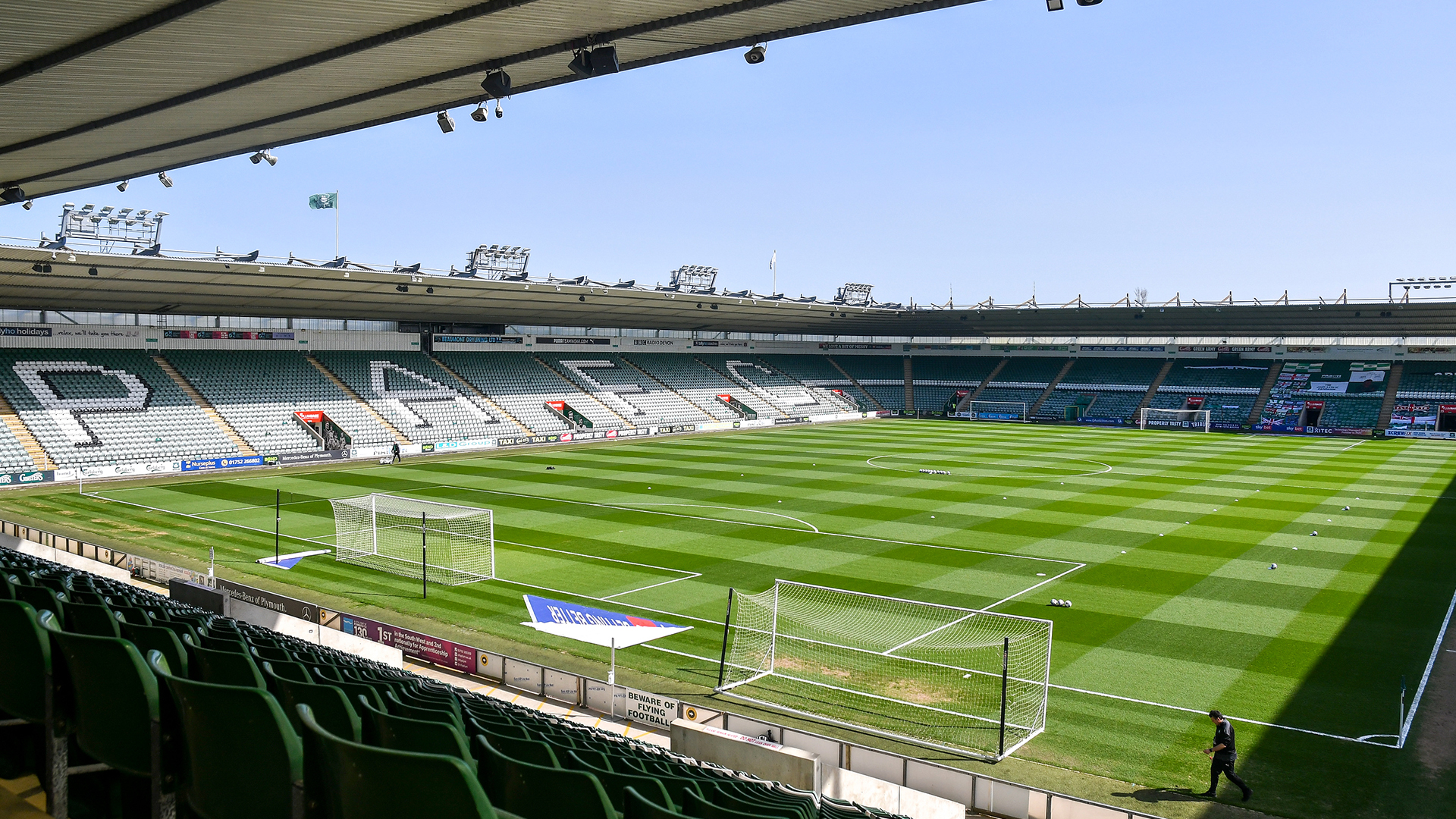