Ryan Lowe's Pilgrims return to Sky Bet League One action on Tuesday night, looking to follow-up an impressive Emirates FA Cup victory over Lincoln City with a win against Rochdale at Home Park.

Argyle suffered a painful night and their first Home Park defeat in Sky Bet League One, as Rochdale marched away with the points.

Jimmy Keohane nodded in a soft third before half-time and a tough evening was completed when Stephen Humphrys headed home 18 minutes from time.

Argyle manager Ryan Lowe kept with the same starting line-up that secured an excellent 2-0 win over Lincoln City in the FA Cup on Saturday.

Dale manager Brian Barry-Murphy made one change from the side that drew 1-1 with Northampton a week ago, with Ryan McLaughlin replacing Tolaji Bola.

Rochdale inflicted an early wound on the Greens and it was good work from Humphrys in threading a pass through the Argyle defence for Beesley to round Mike Cooper and slot home from a tight angle.

The evening took a very worrying turn moments later for Beesley, as he took a heavy knock after an accidental challenge with Cooper, who had raced off his line to punch clear a long ball into the box. It was quickly apparent the injury was a major concern for Beesley and the medical staff from both sides were immediately on the scene.

Stephen Dooley was the man to replace Beesley but a difficult situation for both teams, with the players trying to stay warm and loose at a safe distance to give the Rochdale striker and medics plenty of room.

After around 15 minutes of treatment, Beesley was stretchered off the pitch and all of us at Home Park send him our very best wishes for a quick and full recovery.

When the football did restart, a searing run down the right from Joe Edwards led to a low cross that bounced into path of Luke Jephcott for a shot against the post, with George Cooper’s rebound cleared off the line by an understandably shellshocked Rochdale defence.

The visitors regained their composure with busy work from Alex Newby by the touchline, although the ball did look to have gone out for a goal-kick. In the absence of a flag, it was fed back to the edge of the area and Morley lashed a tremendous strike into the top corner.

Although the clock officially stated 23 minutes played, it was effectively two goals conceded well inside the first 10 minutes and, while a very disappointing start, there was plenty of time for the Greens to retrieve the situation.

A strange and troubling opening took another unwanted twist with George Cooper requiring lengthy treatment for a blow to his knee and he was unable to run it off. Byron Moore was the readymade replacement.

Argyle managed to get something going with a sweeping pass from Tyrese Fornah to Edwards, who laid a lovely first touch into the path of Conor Grant for a curling effort directed inches wide of the post.

The cross-field pass to Edwards was proving an effective strategy, as a fine ball from Kelland Watts eventually led to a corner, which fell to Jephcott for a jab at goal blocked by Haydon Roberts.

The fourth official had to plug in some extra bulbs to his board before revealing 19 minutes of added time to be played at the end of the first period.

Gradually, Argyle were enjoying more possession higher up the pitch and a patient move culminated in a fizzing low shot by Ben Reeves that was safely held by goalkeeper Jay Lynch.

Dale responded with a clever cross that almost picked out Humphrys at the back post but Scott Wootton judged the flight well to make an important clearance. Wootton was then up the other end, racing on to a Reeves pass after a slick move down the right but the cross was intercepted before it reached Jephcott.

Disaster struck next with a run and shot from Newby that was blocked by Niall Canavan. The ball was looped back into the danger area and a soft header goalwards from Keohane somehow crept into the far corner with Pilgrims staring at each other in bewilderment.

Dooley very nearly made it 4-0 with a glancing header and it was clear Lowe and his coaching team would have their work cut out to lift the players for the second half.

Argyle emerged for the restart with three changes to the side. Edwards, Wootton and Canavan were withdrawn for Will Aimson, Jerome Opoku and Ryan Hardie.

The first statement of intent came via a Reeves volley directed narrowly wide from a similar position to the worldie he notched against Lincoln. A driven cross from Moore was then a fraction too high for Frank Nouble to keep his header on target.

The Pilgrim predicament badly needed a quick goal to get some Rochdale nerves jangling but the visitors were able to quell brief Argyle momentum with a spell of possession.

When the chance did arrive, Jephcott was unable to find the decisive touch after a clever cushioned pass from Hardie after Nouble had won the header to cause some confusion in the Dale defence.

An incisive run from Grant gave Nouble a brief sniff but he was crowded out by Roberts and Eoghan O’Connell. A cross from Reeves was next aimed at the big striker but credit again to O’Connell for a brave clearance under pressure.

Argyle’s night sadly got worse 18 minutes from time, when a cross by Dooley was nodded into the corner by Humphrys. Panutche Camara came on for Watts in the closing stages. The visitors withdrew Newby, Morley and Humphrys for Matt Done, Fabio Tavares and Jimmy Ryan.

The final whistle sounded to close a difficult evening and the Greens have a quick chance to make amends when Ipswich visit on Saturday.


Ryan Lowe's Pilgrims return to Sky Bet League One action on Tuesday night, looking to follow-up an impressive Emirates FA Cup victory over Lincoln City with a win against Rochdale at Home Park. 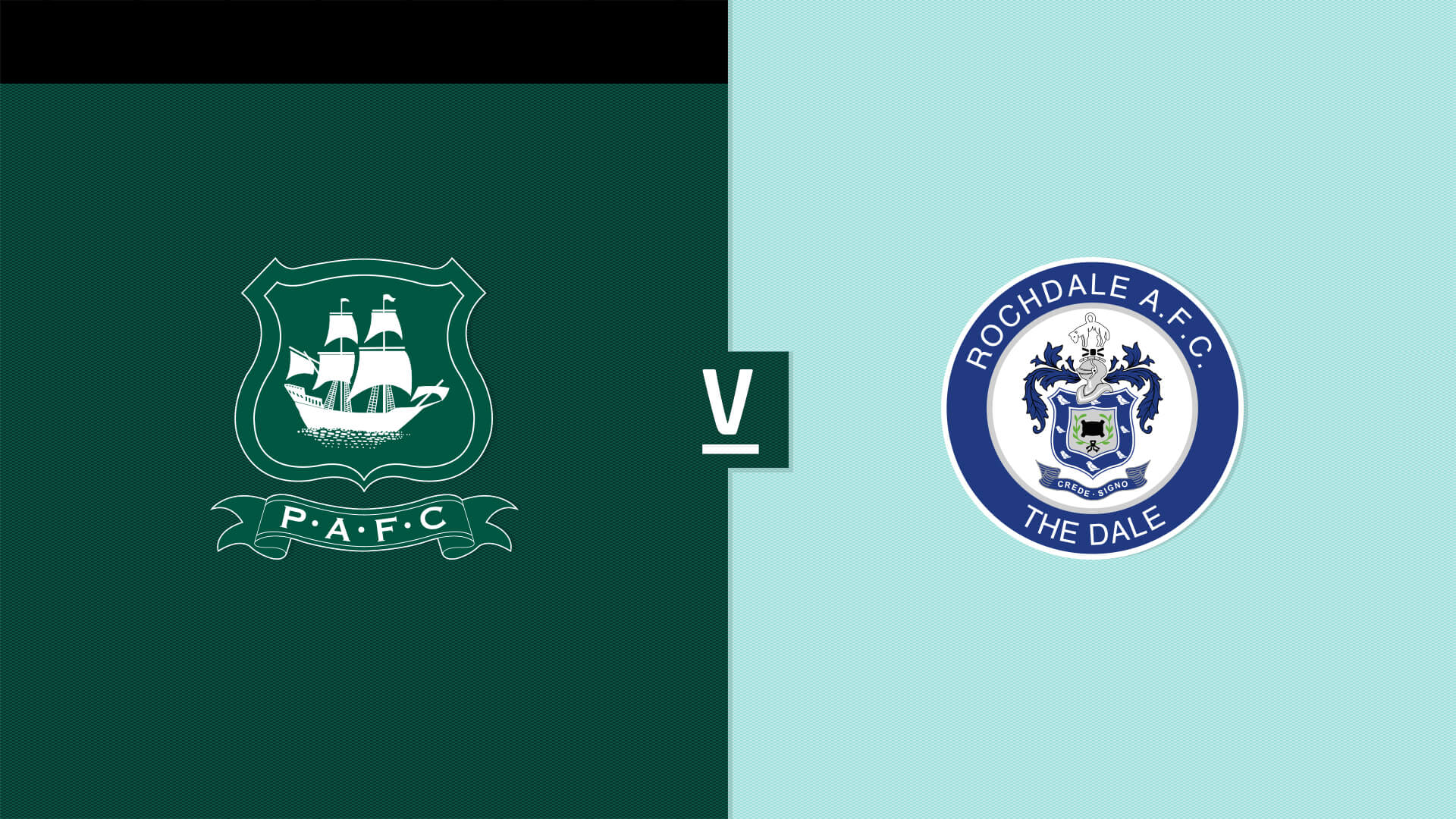 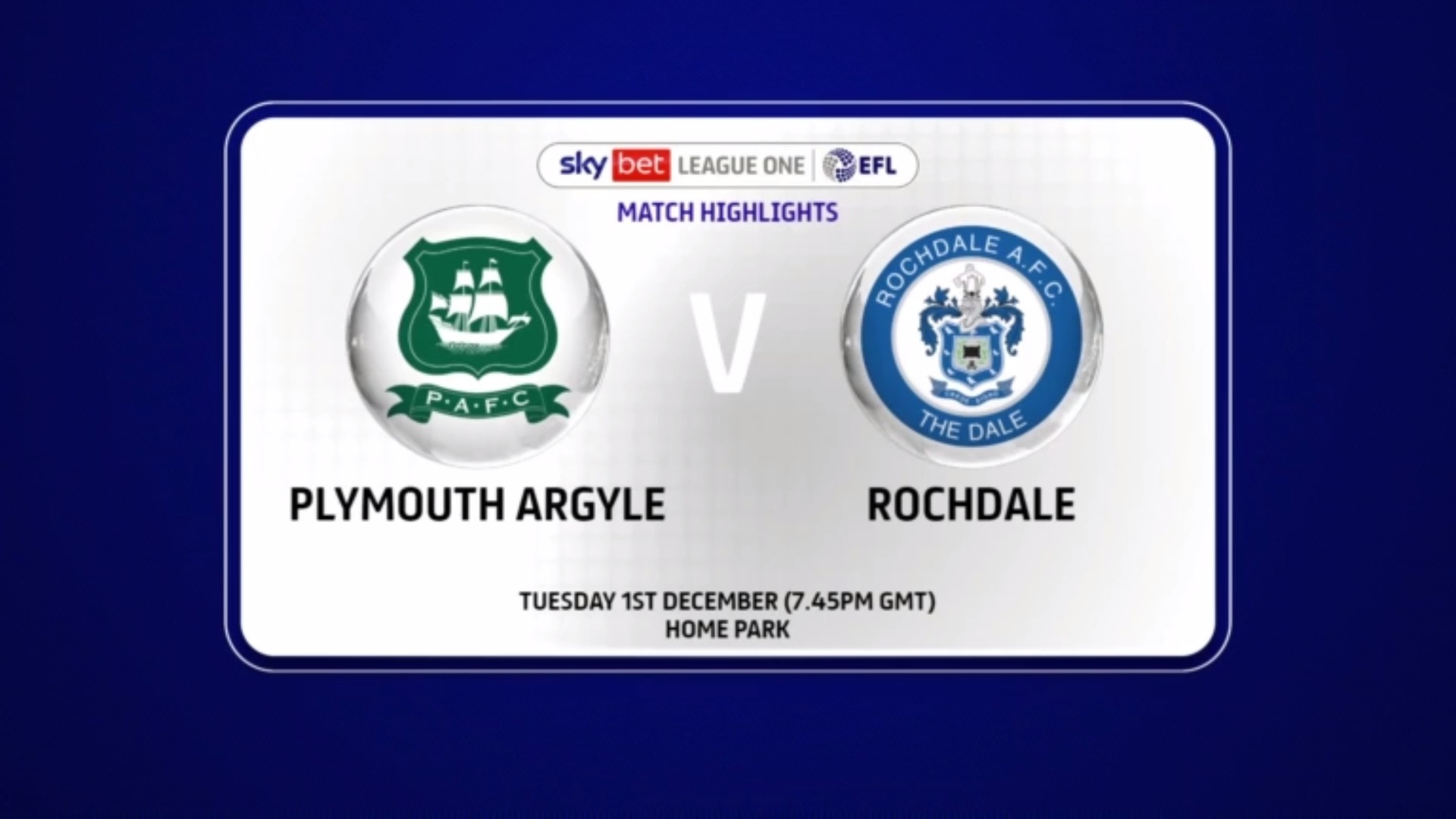 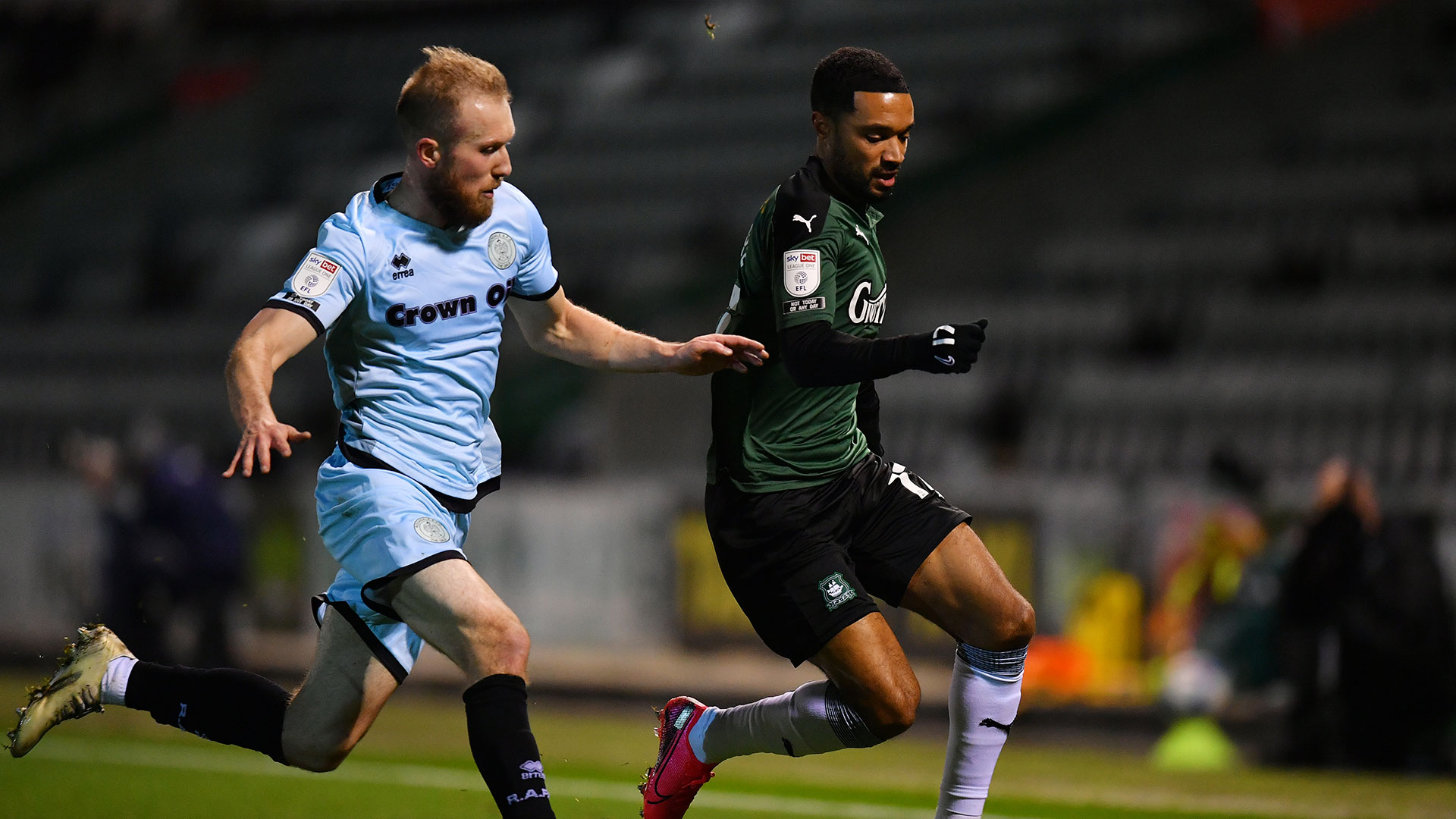