THE TEAMS: Argyle vs Peterborough United


The teams are in for the Pilgrims' Sky Bet League One clash with Peterborough United at Home Park.

Argyle suffered the first defeat of 2021 after an impressive second-half display from Peterborough United at Home Park.

There was nothing between the sides in the first period but a goal from Sammie Szmodics changed the dynamic within a minute of the restart, and Jonson Clarke-Harris notched a similar second just past the hour.

Jack Taylor rifled home a super strike to confirm the victory for Peterborough and one of those nights to forget for the young Greens.

In yet another sign of the otherwise excellent form Argyle have enjoyed so far in 2021, manager Ryan Lowe was able to name the same starting line-up and bench from the side that drew 0-0 at Rochdale on the weekend.

Peterborough arrived at Home Park in search of a fifth straight win and boss Darren Ferguson understandably also kept faith with the team that secured a 3-0 win at home to Wimbledon on Saturday.

Both sides started with the sharpness you would expect from teams in good form, with Argyle fizzing the ball around midfield and Niall Ennis looking to sneak in behind at every opportunity.

Luke Jephcott attempted to improve the trick from a long ball down the line by Will Aimson but former Torquay United left wing-back Dan Butler was alert to the danger.

Aimson turned to defensive work with a superb sliding challenge on the dangerous Szmodics and released Danny Mayor for a surge through the centre, feeding a pass to Jephcott but his shot from 22 yards was comfortable for goalkeeper Christy Pym.

Mayor followed that foray by pinching the ball in midfield and Jephcott had another try with his left peg, but again found Pym in the right place to snaffle. Szmodics benefited from a similar chance for the visitors and his drive was equally directed at Argyle custodian Mike Cooper.

Szmodics came closer with his next effort, steered narrowly wide, but Peterborough were awarded a free-kick for a foul by Kelland Watt when the shot was struck. Joe Ward, thankfully, curled his set-piece well wide.

A tremendous turn from Ennis after a Tyrese Fronah pass to the right prompted a slightly cynical shove by Mark Beevers, earning the experienced defender a yellow card midway through the first half.

Argyle enjoyed some decent possession and a case of probing for a chance to penetrate the Peterborough defence, as the visitors looked to reply through a Ward cross that proved easy for Cooper to gather.

Despite the endeavour and good football in midfield areas, clear chances were absent in the opening half-hour. Panutche Camara sought to change that pattern with a surging run and pass to Byron Moore, who saw his shot charged down.

Clarke-Harris responded with a break of his own, cutting the ball back to Szmodics for a shot guided well over the bar. The Posh then swung over a free-kick from Ward that was cleared in unorthodox fashion by the feet of Cooper.

The Pilgrims finally found some room in the Peterborough box and a good dummy from Camara before a fierce drive that brought the best out of Pym in the visiting goal. It proved to be the final meaningful exchange in a tight first half.

Unfortunately, the second period started in frustrating fashion, as Peterborough broke down the left and a low cross from Ward gifted Szmodics with an easy finish from inside the six-yard box.

The Posh threatened to double their advantage when a similar low cross came in from the opposite flank and it needed a strong defensive work by Watts to repel the danger. The goal had naturally given the visitors a boost and Argyle were working hard at the back to weather the storm.

The night took a terminal turn just past the hour, when Ward again found some space on the right and delivered a carbon copy cross for Clarke-Harris to give Peterborough a 2-0 lead at the Theatre of Greens.

Argyle managed to find some rhythm with a cross by Conor Grant picking out the run of Camara for a header aimed at the bottom corner, but Pym did well to turn it wide. It was a final contribution for Grant, who was replaced by Ryan Hardie.

Jerome Opoku was then forced off through injury and Sam Woods was the obvious replacement, while Ethan Hamilton replaced Reece Brown for the visitors.

The Greens now had a trio of strikers on the pitch but it was proving very difficult to breach a well organised Peterborough defence. Jephcott tried to find something to cause trouble with a deep cross, which was well grasped by Pym.

A triple change was Argyle’s last roll of the dice, with Joe Edwards, Adam Lewis and Ben Reeves coming on for Watts, Moore and Camara. Lewis quickly got involved with a dipping cross aimed at Jephcott that required decent defending by Beevers to clear the threat.

Sadly for Argyle, the race was run five minutes from time, when Clarke-Harris slipped a pass to Taylor for a thunderous drive into the top corner from 25 yards. A terrific goal to end night and the Greens must move on quickly to the visit of Lincoln on Saturday.

THE TEAMS: Argyle vs Peterborough United


The teams are in for the Pilgrims' Sky Bet League One clash with Peterborough United at Home Park. 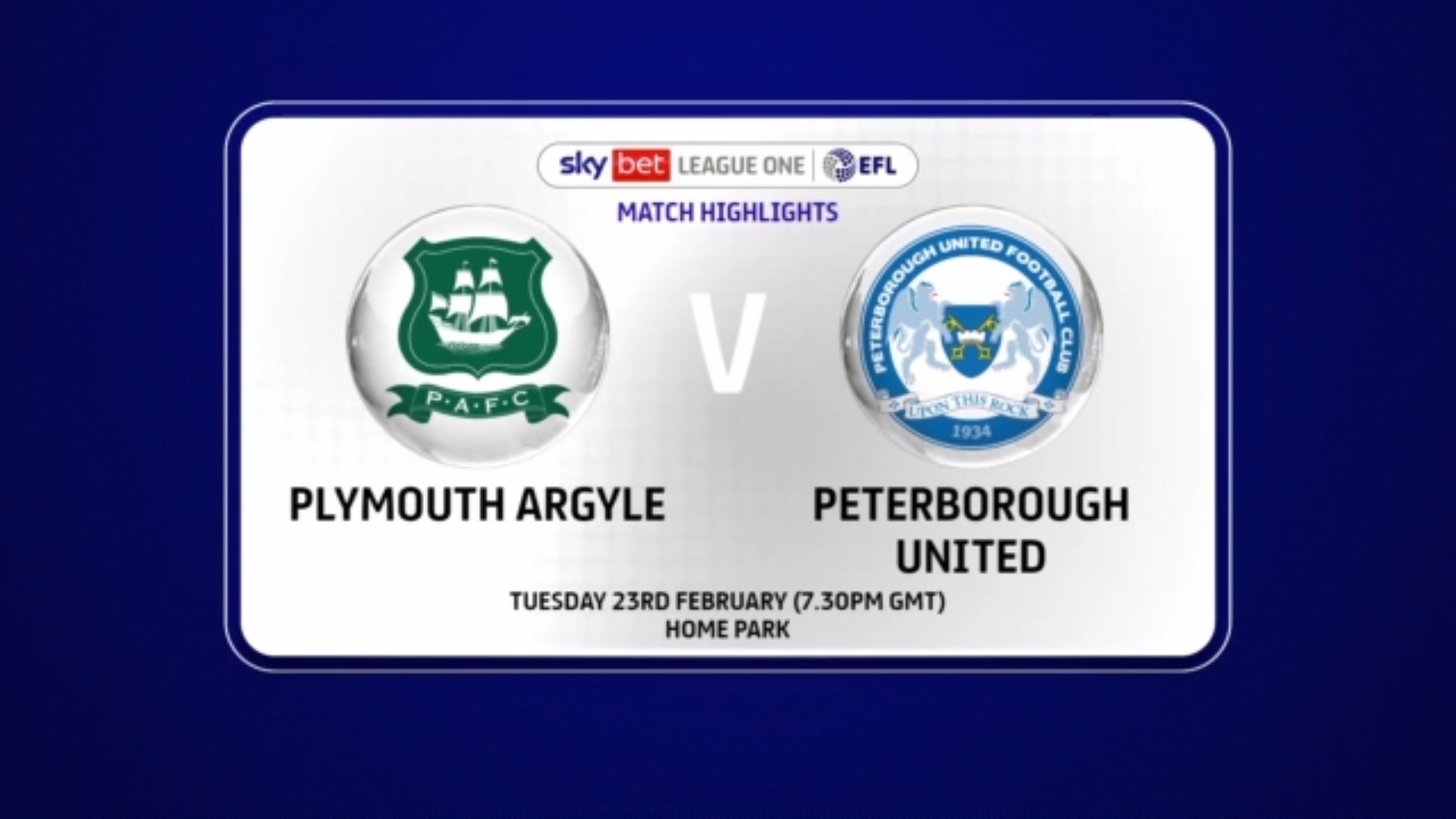 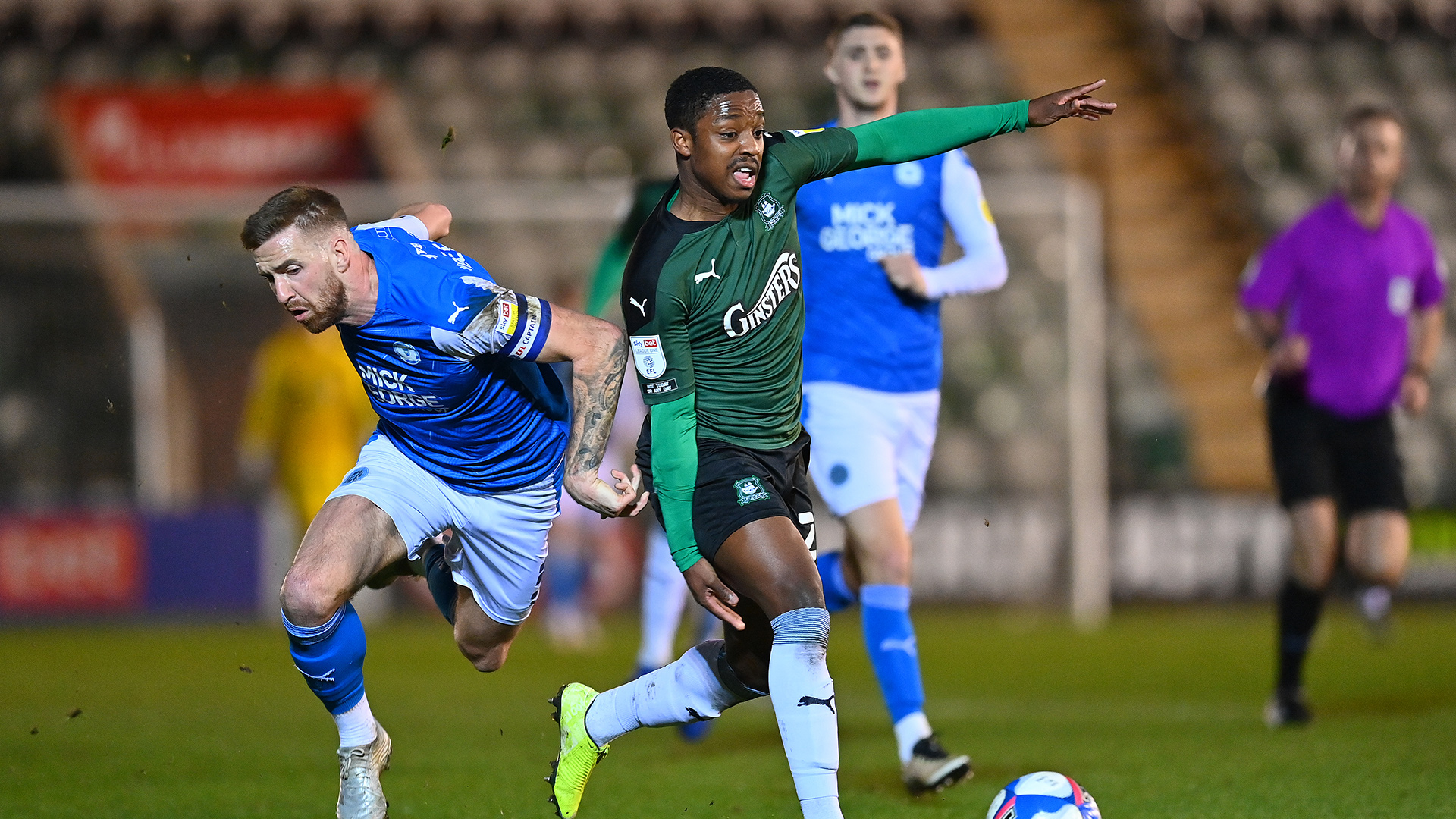 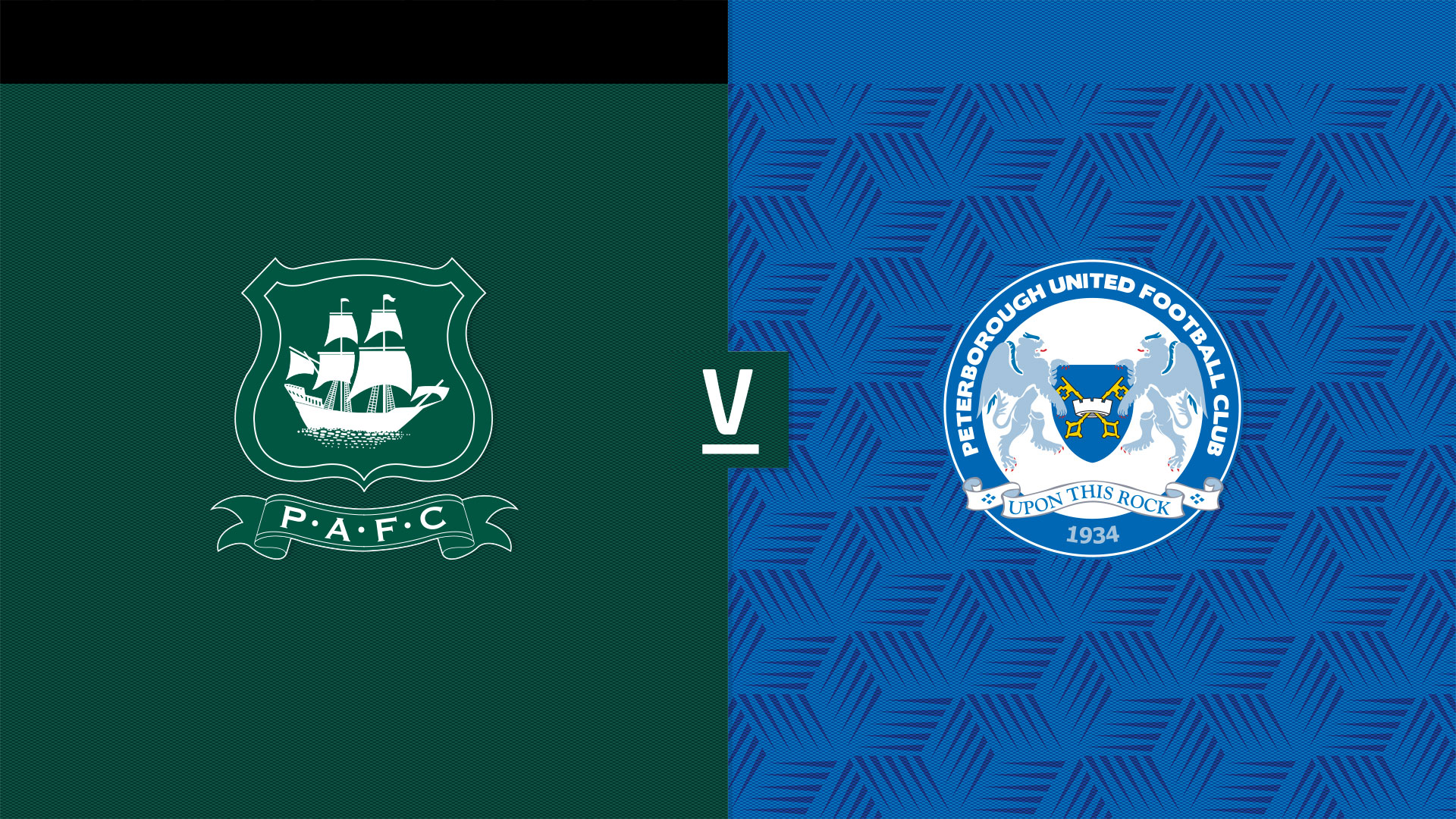