Argyle manager Ryan Lowe spoke of his satisfaction in his side’s performance during the Greens' 0-0 draw with Rochdale at the Crown Oil Arena.

THE TEAMS: Rochdale vs Argyle


The teams are in for the Pilgrims' Sky Bet League One clash with Rochdale at the Crown Oil Arena.


Ryan Lowe's Pilgrims hit the road again on Saturday, travelling to the Crown Oil Arena to take on Rochdale in Sky Bet League One.

Argyle continued their tremendous unbeaten run in 2021 with a goalless draw in the February gloom at Rochdale.

The best chance actually came in the opening few minutes, when Panutche Camara’s header forced Gavin Bazunu into a fabulous low save.

Argyle controlled the rest of the first period but Bazunu remained impressive between the home sticks, and the second half was a case of relentless effort without that one moment of quality to make the difference.

Argyle boss Ryan Lowe kept faith the same side that battled to an excellent 1-0 win over Fleetwood Town last weekend and a chance for the Pilgrims to right some wrongs from the home defeat to Dale at the start of December.

Rochdale manager Brian Barry-Murphy made three changes to the side that suffered a narrow 1-0 loss at Blackpool in midweek, with the experienced Paul McShane, Jimmy Keohane and Kwadwo Baah coming in for Jimmy McNulty, Matt Done and Matty Lund.

The Pilgrims opened with a fabulous move down the left and Conor Grant’s measured cross picked out the late run of Camara, who steered his header toward the bottom corner but credit to Bazunu for an outstanding low save in the key moment of the match.

As is so often the case, the combination of Grant and Danny Mayor was causing all manner of concern in the Rochdale defence and it needed a stretch from McShane to divert a second cross in quick succession aimed at Camara.

A fortunate ricochet presented Baah with a chance to run at the Greens but Jerome Opoku did a superb job in holding up the youngster, who is due to join Manchester City at the end of the season, before Tyrese Fornah completed the clearance.

Argyle were back in the ascendancy via a sweeping cross-field pass from Kelland Watts to Byron Moore and when the ball was worked back across to the left, Mayor’s low cross was just about snaffled at the second attempt by Bazunu.

Moore was next to have a pop at goal from a Grant delivery, cutting across the ball for a strike that rifled past the near post. Niall Ennis then had a shot on the turn but it was too high to trouble Rochdale’s young custodian on loan from Manchester City.

The game slipped into a spell of midfield sparring, with McShane and Baah both picking up bookings, before a fine pass over the top from Fornah very nearly found Moore, who was denied a shot on goal by alert work by Bazunu in racing off his line.

The Pilgrims then switched back to the left and a dipping cross from Grant met Luke Jephcott on the bounce, prompting a sharp adjustment in body shape from Argyle’s leading scorer to steer a shot that ultimately proved comfortable for Bazunu.

Camara took up the mantle next with a delicious cross that very nearly found Ennis at the far post. Rochdale responded with a low effort by Stephen Humphrys that slipped beyond Mike Cooper’s upright.

A free-kick from Grant was well held by Bazunu but the youngster had to work a lot harder to palm clear Mayor’s tight-angled cross after a brilliant drop of the shoulder on 41 minutes from the Argyle skipper.

As always, the Pilgrim work ethic was exemplary and there was an impressive patience in possession, but the breakthrough refused to arrive in the opening 45 minutes on a slightly bobbly surface at the Crown Oil Arena.

Rochdale made a change at the interval, withdrawing Gabriel Osho for Ryan McLaughlin, and the home side had the first attempt of the second period, with a Humphreys shot from an acute angle well saved by Cooper. Conor Shaugnessy then had a snap-shot that proved easier for Cooper.

Argyle settled back into their attacking work with some more excellent possession football, eventually forcing Dale into some scrambled headed clearances from the duo of McShane and captain Eoghan O’Connell.

Opoku produced another wonderfully-timed tackle to squash a Rochdale break through the middle just before the hour but Mayor was soon back to the fore, threading a pass to Ennis for a fierce shot on the turn that was, unfortunately, straight at Bazunu.

The balance of play continued to be in favour of the Pilgrims and Lowe sought to cement their control with the fresh legs of Ben Reeves for Camara, while Lund replaced Shaugnessy for the hosts.

It was a game that needed a moment of magic, a mistake or a set-piece to make the difference, and Aaron Morley attempted to deliver with a searing drive from distance that was brilliantly turned over the bar by Cooper.

The Pilgrim custodian then made light work with a bobbling drive from Matty Done, who had come on for the injured Lund, while Argyle introduced Adam Lewis for Fornah. Will Aimson then did a fine job in quelling two breaks down the left from Baah.

Argyle made a double switch for the final ten minutes, bringing on Joe Edwards and Ryan Hardie for Moore and Jephcott, although Rochdale were also looking to ask some questions in the closing stages.

Aimson found the answer with an interception that was worked forward to Hardie for a bustling run eventually cleared by O’Connell. Both sides were full-blooded in their challenges but it was beginning to look like a blank stalemate.

Six minutes of stoppage time gave some hope for a decisive moment and it nearly came from a loose pass to Hardie, who drilled a shot goalward that was blocked by O’Connell before it could trouble Bazunu.

Rochdale introduced their own Conor Grant for Baah in the dying seconds but this would be one of those games when defenders were the winners, and Argyle move on to the visit of Peterborough on Tuesday night.


Argyle manager Ryan Lowe spoke of his satisfaction in his side’s performance during the Greens' 0-0 draw with Rochdale at the Crown Oil Arena.

THE TEAMS: Rochdale vs Argyle


The teams are in for the Pilgrims' Sky Bet League One clash with Rochdale at the Crown Oil Arena.


Ryan Lowe's Pilgrims hit the road again on Saturday, travelling to the Crown Oil Arena to take on Rochdale in Sky Bet League One. 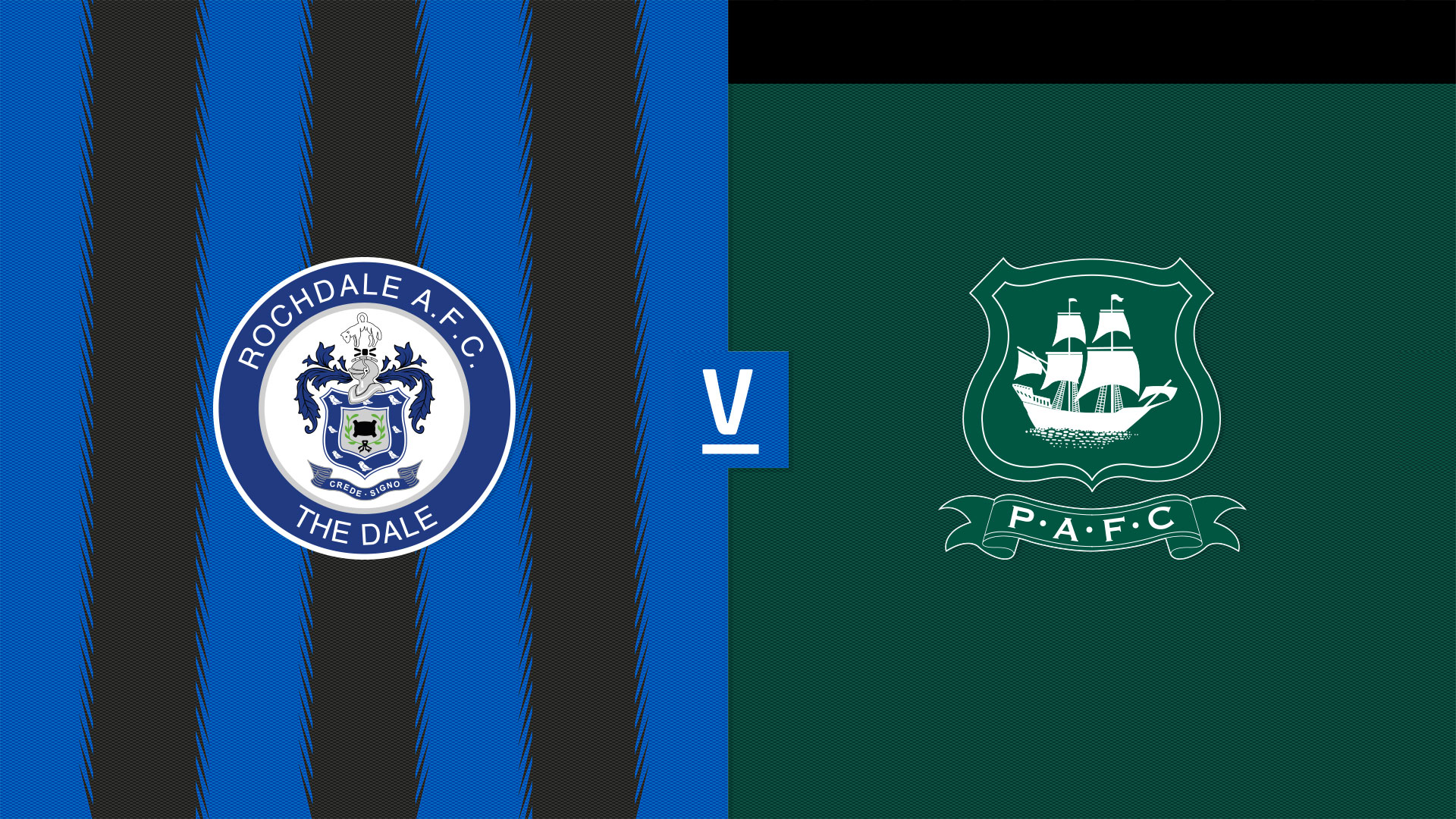 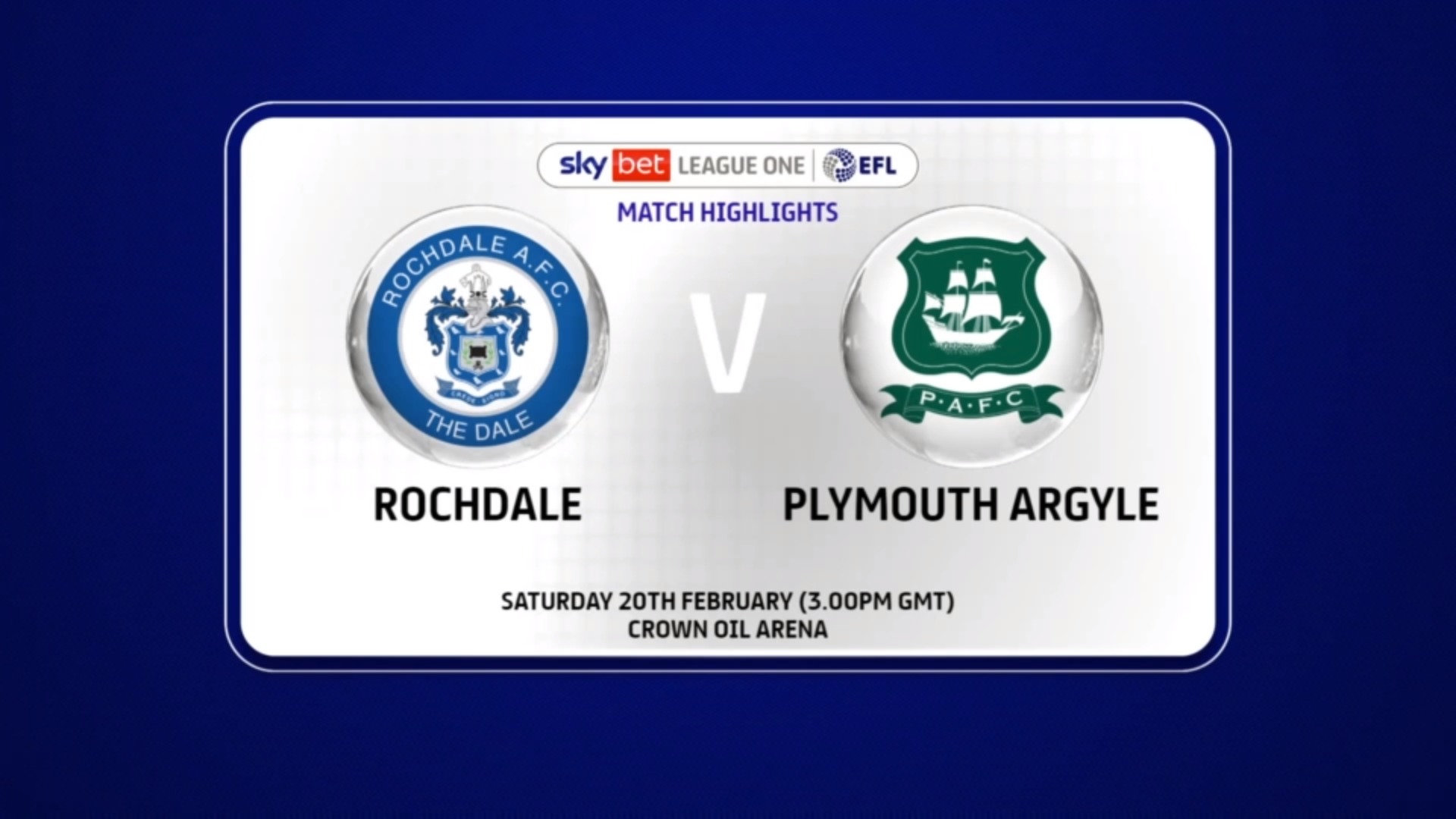 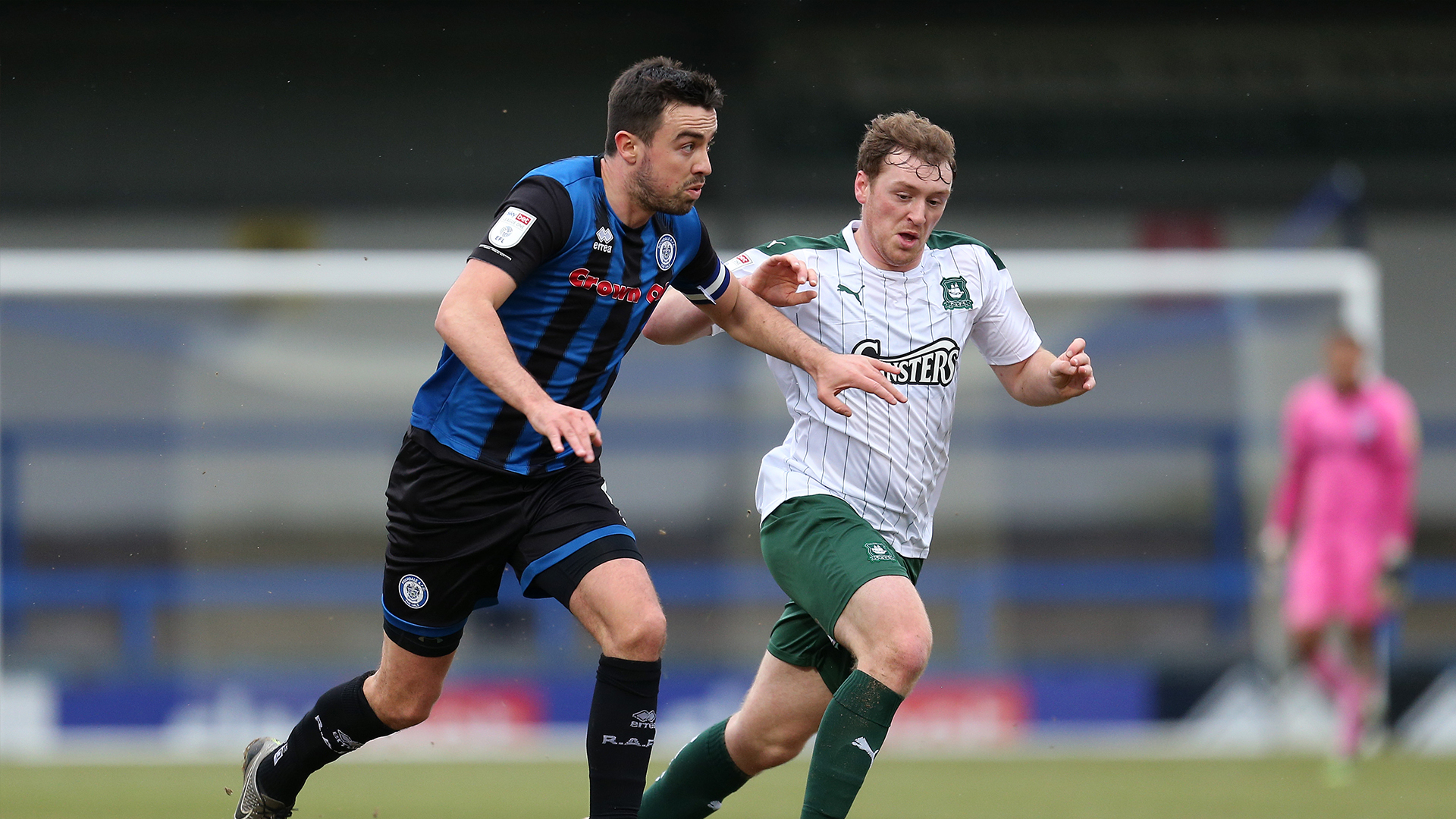