Argyle manager Ryan Lowe felt that a draw was fair reward for the Pilgrims' battling display against Accrington Stanley at Home Park on Saturday afternoon.

THE TEAMS: Argyle vs Accrington Stanley


The teams are in for the Greens' Sky Bet League One encounter with Accrington Stanley at Home Park.


This weekend sees Ryan Lowe’s Pilgrims return to Home Park after a mammoth run of away fixtures, as they host Accrington Stanley in Sky Bet League One.


After travelling over 1,700 miles across three recent away fixtures, the Greens are back on home soil on Saturday for the visit of Accrington Stanley in Sky Bet League One.

Argyle twice came from behind to earn a point that could easily have been all three after an enthralling encounter at Home Park.

Accrington edged ahead five minutes before the end of a thoroughly entertaining first period when Joe Pritchard headed home but Luke Jephcott drew the Pilgrims level from the very next attack.

The visitors restored their lead immediately after the restart, when Dion Charles slotted past Mike Cooper, but this prompted a superb response from the Pilgrims, carving out numerous chances before finally finding the answer through substitute Niall Ennis.

Argyle manager Ryan Lowe stuck with the same side that won 2-0 at Swindon in midweek with Ryan Hardie, fresh from signing a permanent deal with the Greens, once again partnering Jephcott in attack. The one change on the bench saw Adam Lewis return for Dom Telford, who has now joined Newport.

Accrington boss John Coleman also had the luxury of keeping faith with the 11 that secured an excellent 2-0 win over high-flying Hull City on Tuesday night with goals from Charles and Matt Butcher.

On a wet and windy afternoon at Home Park, Accrington won an early corner that was headed down by Michael Nottingham and it required alert defending from skipper Joe Edwards to hack clear before any of the Stanley forwards could pounce.

A lively opening from Charles saw him tee up Pritchard for a shot from 12 yards but he thankfully scuffed the effort wide of Cooper’s far post, and Argyle responded with a burst from midfield by Panutche Camara that just needed a bit more precision with the final pass to find the run of Hardie.

The Pilgrims had discovered their mojo, with Danny Mayor weaving his way inside from the left to pick out the run of Edwards, who struck it first time from the right edge of the area, forcing a decent save by young custodian Nathan Baxter.

The frenetic start continued with a Butcher free-kick curled narrowly wide and, with a strong wind behind them, the visitors won successive corners, both defended well by a Pilgrim backline marshalled by Jerome Opoku in the centre.

Camara, winning the ball in midfield, was the catalyst for Argyle’s attacking riposte, and he fed a pass wide to Jephcott, who drilled in a low shot from a difficult angle, which was gobbled up by Baxter.

Gradually, Argyle were beginning to win the engine-room tussle, with Tyrese Fornah providing the protective fulcrum for Mayor and Camara to get forward in support of Hardie and Jephcott. As if to prove the point, a customary jinking run from Mayor ended with a scooped cross just a touch too high for Camara at the back post.

Conor Grant got involved with the next foray, flashing a low cross into the area for Hardie to turn and lay a pass back to Edwards, but his effort was charged down by an increasingly stretched Stanley defence.

Mayor had a couple of efforts that just failed to find the target after a fabulous fluent move down the right involving Camara and Hardie. Argyle were taking control of the game and Jephcott found space in the left channel for a low shot directed inches past the post.

Accrington came back with a fine move of their own and a low cross from Pritchard picked out Charles in a great position, but he was denied by an outstanding recovery tackle from Opoku. Frenetic had returned with a vengeance, with Mayor having a shot deflected over moments later.

A breakthrough almost seemed inevitable and, much to Argyle’s frustration, Accrington managed to sneak in front when Charles dinked over a cross for Pritchard to steer a diving header into the bottom corner.

The disappointment, thankfully, lasted around 90 seconds, as Camara fired over a cross from the right and when the ball bounced off Seamus Conneely, Jephcott was in the perfect place to slam home an emphatic finish from six yards.

It was a terrific first period between two confident sides that deserved goals and the stage was set for a fascinating second half of football at a soggy Theatre of Greens.

Unfortunately, it was a second half that started in nightmare fashion for the Pilgrims, as Tariq Uwakwe found space on the left byline to cut the ball back for Charles to side-foot a comfortable finish into the corner.

The bewildering feet of Mayor almost conjured a second swift reply, floating over a cross from the left that only just eluded the lurking duo of Jephcott and Camara.

Argyle’s response to falling behind was, again, exemplary, with Mayor causing mayhem with his balance and ability to find pockets of space, as he ran at the Accrington defence before a curler sent inches wide.

Stanley did carry their own threat, however, and a free-kick from Sean McConville was heading for the top corner as Cooper leapt skyward for an outstanding save. The fantastic entertainment immediately shifted up the other end for a Hardie-inspired break but Camara was offside when finishing the move after an unselfish pass from Jephcott.

Lowe turned to his replacements for a triple change midway through the second period, introducing Lewis, Ben Reeves and Ennis for Grant, Jephcott and Fornah.

Reeves was immediately involved with a delicious pass wide to Lewis for a first-time cross cleared by Ben Barclay. The youngster on loan from Liverpool then delivered another ball from out wide and Nottingham was next to intervene for the visitors.

Mayor took on the mantle for the next attempt to draw level, shifting the ball inside for a dipping shot that forced Baxter into an acrobatic save, as Argyle continued to probe for the equaliser. It was more brilliant work from Mayor, who was playing through the pain of a knock sustained earlier in the afternoon.

Paul Smythe replaced Uwakwe for the closing 15 minutes for Accrington and he was soon on the retreat with his team-mates, as Mayor slipped a pass inside the full-back for Lewis, who was thwarted at the point of contact by a strong tackle from Barclay.

The brilliance of Mayor deserved some reward and it finally arrived via a delightful move down the left, as Argyle’s number 10 worked the play beautifully with Ennis before the new signing scored his first Pilgrim goal with an assured finish.

It was a magical effort from the Greens and thoroughly deserved for a tremendous second-half performance. Not content with a point, however, Argyle stayed at full throttle in their search for a winner.

Mayor and Camara had shots charged down, Reeves whipped over a cross somehow cleared by the visitors, as the Pilgrims laid siege on the Accrington penalty area in a thrilling conclusion to the game.

Stanley relieved the relentless pressure with a free-kick 22 yards from goal in a central position and the shot from Pricthard was deflected wide for a corner that fell worryingly for a shot that required some brave block defending by Kelland Watts and Will Aimson.

Game over, and the reverse fixture in just 10 days should be another cracker.


Argyle manager Ryan Lowe felt that a draw was fair reward for the Pilgrims' battling display against Accrington Stanley at Home Park on Saturday afternoon.

THE TEAMS: Argyle vs Accrington Stanley


The teams are in for the Greens' Sky Bet League One encounter with Accrington Stanley at Home Park.


This weekend sees Ryan Lowe’s Pilgrims return to Home Park after a mammoth run of away fixtures, as they host Accrington Stanley in Sky Bet League One.


After travelling over 1,700 miles across three recent away fixtures, the Greens are back on home soil on Saturday for the visit of Accrington Stanley in Sky Bet League One. 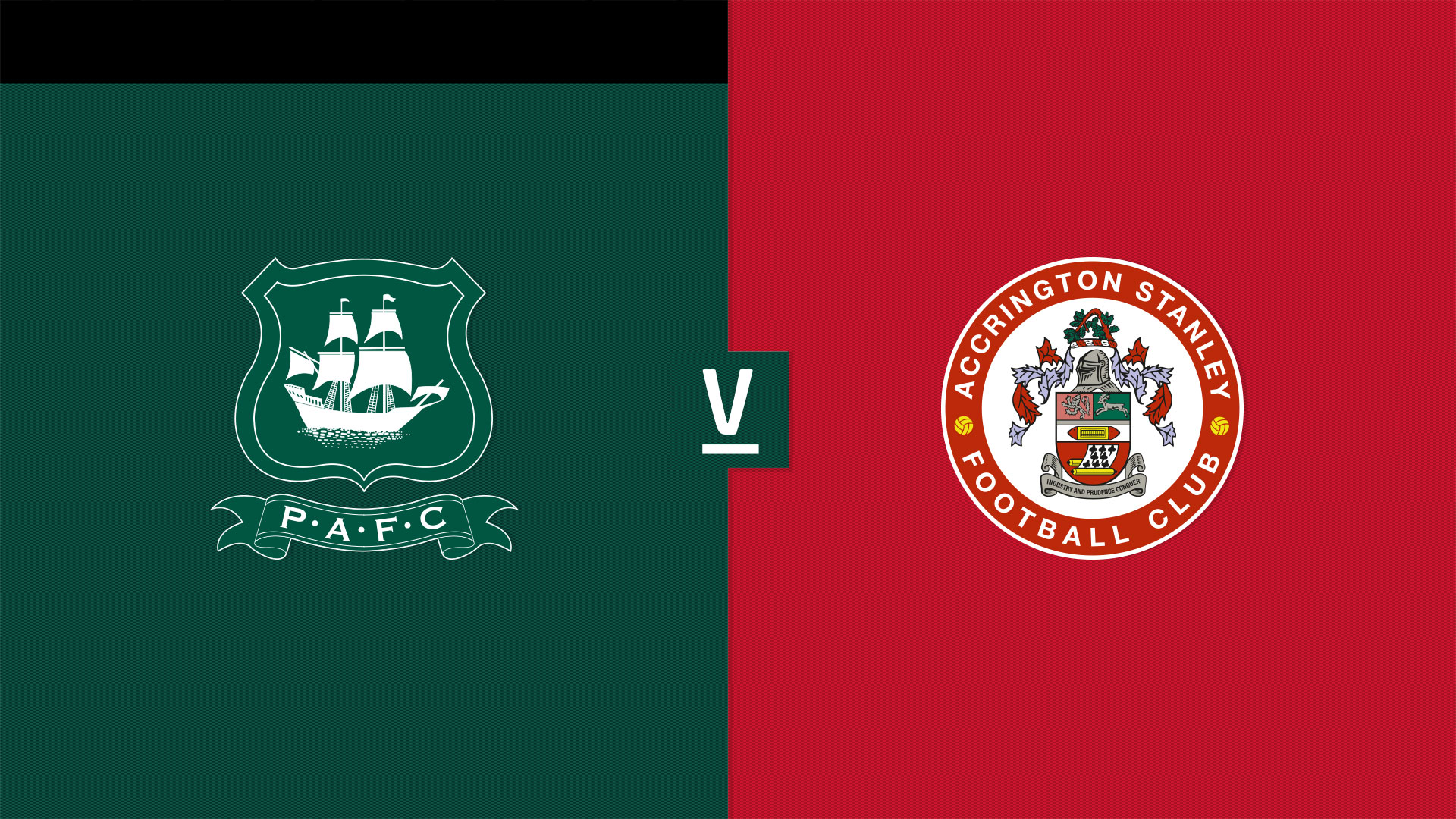 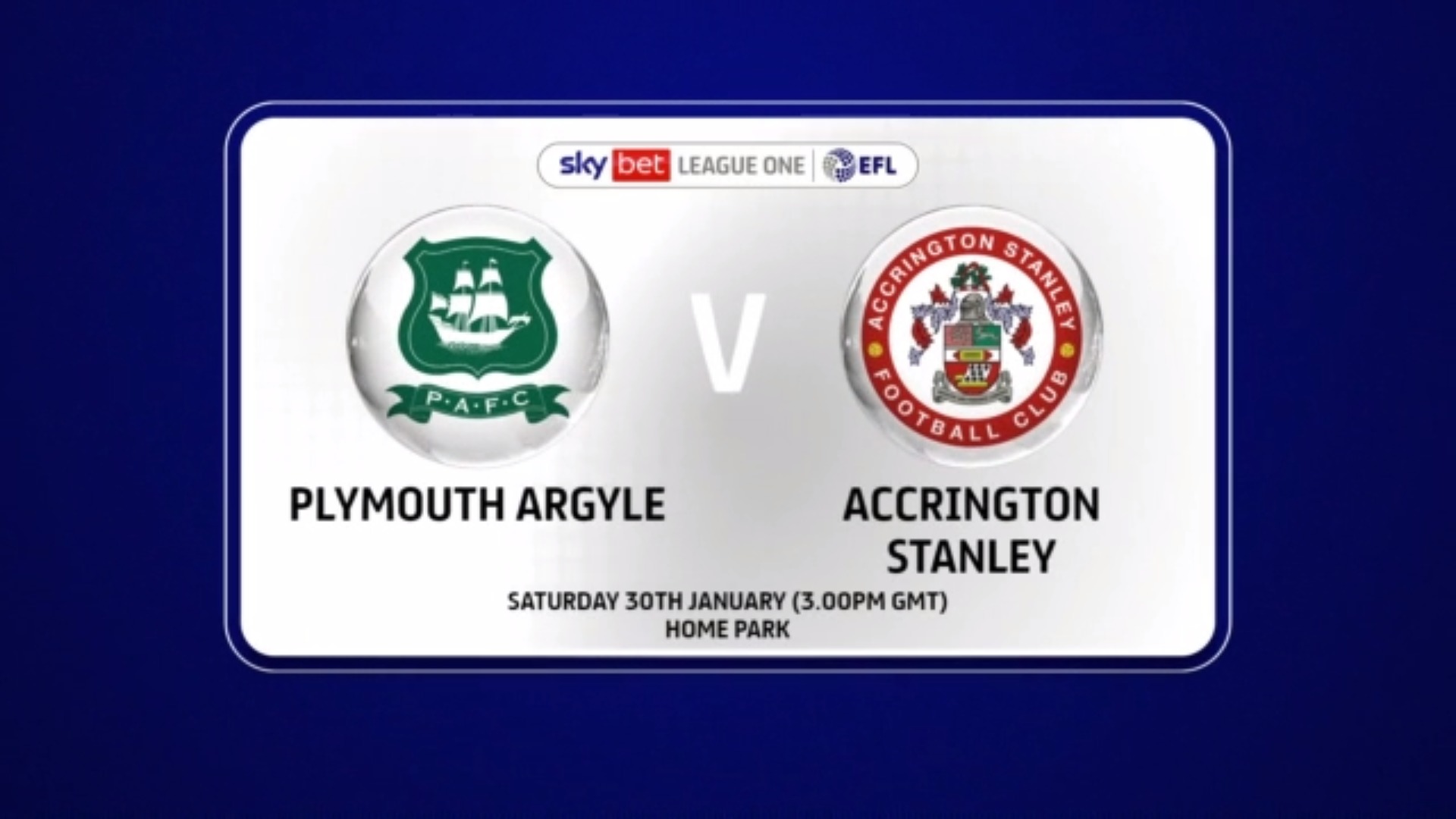 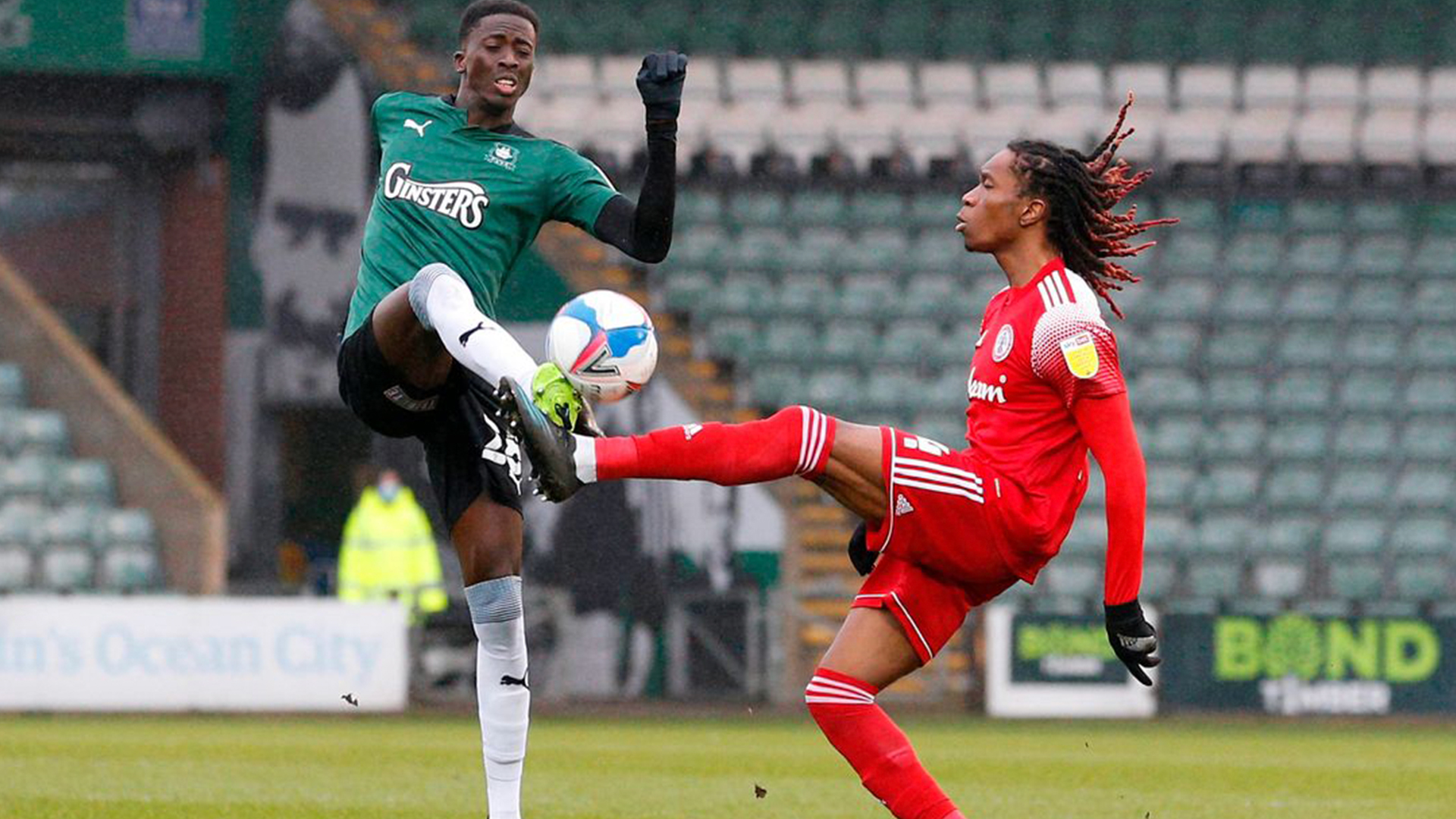