Argyle manager Ryan Lowe hailed the determination of his players after they battled to a 1-0 victory over Gillingham at Home Park on Saturday.


Ryan Lowe’s Greens will look to begin 2021 with a bang when Steve Evans’ Gillingham visit Home Park on Saturday afternoon.


The Pilgrims kick off the calendar year of 2021 with the visit of Gillingham in Sky Bet League One.


In partnership with the Argyle Fans' Trust, we are once again inviting members of the Green Army to come together for a watch-along of the Pilgrims' New Year clash with Gillingham.

A truly brilliant team goal was enough for Argyle to start the new year with three richly-deserved points at home to Gillingham in Sky Bet League One.

The Pilgrims played some wonderful football in the first half and the best move of the match started from their own penalty area, and was finished off in customary style by the lethal Luke Jephcott.

Argyle could have scored two or three more but then had to withstand a spirited aerial bombardment from the Gills before confirming the ideal opening to 2021.

For the fourth time in succession, Argyle manager Ryan Lowe stuck with the same starting line-up, although there was one alteration on the bench, with defender Jerome Opoku drafted in for midfielder Ben Reeves.

The new year, sadly, began with a return to the behind closed doors scenario of the early months of the season but the Green Army watching live on iFollow would have been breathing an early sigh of relief, as a clearance from Niall Canavan ricocheted off the boot of Graham and squirted narrowly wide of the Pilgrim post.

Argyle responded with some excellent possession football across the midfield, eventually interrupted by a foul on Lewis Macleod. The free-kick led to a corner floated over perfectly by Conor Grant and Canavan’s goalbound header bounced for Will Aimson, but his stooping effort found the side-netting.

The superb channel runs of Ryan Hardie have been a feature of the Argyle Christmas and he was stretching his legs again, robbing the ball from Connor Ogilvie but the left-footed shot was scooped over from 20 yards.

The Greens were turning the screw, with Danny Mayor getting on the ball and a pass wide to Panutche Camara gave the galloping midfielder a chance to deliver a low cross that was well cleared by the Gills.

While Argyle were controlling the game in the early stages, there was a brief moment of concern when Oliver got on the end of a looping cross but thankfully steered his header over Michael Cooper’s crossbar.

Mayor replied with a sublime chip that beat Gillingham ‘keeper Jack Bonham before dipping a fraction too late and landing on top of the net. Mayor was pulling the strings on a greasy Home Park surface and a measure of his threat that the visitors often doubled-up on the number 10.

There was, however, more attacking options for the Greens, with Hardie cleverly finding room on the edge of the box but he declined the chance to shoot, instead trying to slip a pass for Jephcott, which was intercepted by Drysdale.

A fabulous move gave Argyle another sight of goal on the half-hour, as captain Joe Edwards exhanged passes with Jephcott before the skipper lashed a low drive wide of the far post.

Mayor twisted his full-back inside out to win a corner from the next attack and, again, Canavan won the header but his effort was blocked. All the positive signs were in place for the Greens, just a case of making that crucial breakthrough.

When it did arrive through Jephcott, the goal was an absolute cracker. The move began with Cooper, Kelland Watts and Macleod superbly playing their way out of defence before the ball was moved wide for Edwards.

The skipper danced inside and fed a pass to Grant on the opposite flank, who then delivered a super cross for the run of Jephcott and Argyle’s leading scorer guided a confident finish into the bottom corner to complete a fantastic team move.

Unfortunately, the glowing mood was dampened slightly by a knock sustained to the ankle of Macleod, forcing him off with seven minutes of the first half remaining. Tyrese Fornah was the readymade replacement.

The Pilgrims were playing with tremendous belief and Grant was the latest man in Green to venture forward, rifling a low shot toward the corner that was saved by Bonham. Not to be outdone, Cooper pulled off a fine block to deny Graham at the other end after a rare loose pass from Argyle.

The Greens were soon back on the ball and completed a terrific first period with more probing around the Gillingham penalty area. The interval had no impact on the pattern, as Edwards swung over a fine cross and the loose ball fell to Jephcott for a snap-shot superbly blocked by Bonham.

Hardie and Mayor both had shots charged down in an explosive start to the second half. A sumptuous pass from Fornah to Hardie prompted yet another flowing move but the final ball aimed at Jephcott was intercepted by a desperate Drysdale lunge.

A Grant free-kick glanced inches wide by Watts was enough for Gillingham, as Evans made two changes, introducing Akinde and MacDonald for Josh Eccles and Scott Robertson.

It was an understandably attacking move from the visitors and a free-kick whipped into the area found Ogilvie at the back post, but his header from an excellent position was thankfully steered over.

The lively Graham then fizzed a shot wide, as Gillingham tried to turn the tide. Argyle calmed the situation with another confident spell of passing football, adding two more corners to a growing count.

The Greens did have a reprieve when a corner from Thomas O’Connor evaded the leap of Cooper before bouncing off Watts and dribbling inches wide. Crosses into the box were a regular theme from Gillingham but the Pilgrims generally coped well with the strategy.

Graham was, however, a growing menace, as one clipped cross flicked the top of the bar, and Lowe reacted to the situation by introducing the fresh legs of Opoku for Grant.

Hardie attempted to restore Pilgrim control with a low drive that Bonham gobbled up at the second grab. The Gills came back with another Graham cross, this time from the left wing, but Oliver’s header proved easy for Cooper.

Lowe switched around his forward partnership for the closing stages, removing the hardworking Jephcott and Hardie for a different combination in Frank Nouble alongside Dom Telford.

Gillingham also turned to their replacements, with Matty Willock replacing Robbie McKenzie in midfield, and the new man was quick to deliver another cross into the Argyle box, but the outstanding Canavan was once again in the right place to head clear.

Telford was another to make a swift impact, covering with impressive responsibility in a defensive area and then finding room for a low drive that was well charged down by Ogilvie.

After a heavy Christmas schedule, there were some weary legs on both sides and the fitness and desire from Argyle in continuing to press their increasingly desperate visitors was hugely impressive.

Five minutes of injury time stood between the Greens and three well-earned points. O’Connor fizzed a long-ranger over the bar but the general Gillingham pattern was balls launched forward, similar to the approach of Oxford in midweek.

Bonham came forward for a last-minute set-piece and the cross reached Willock, who, mercifully, headed over from virtually under the Argyle crossbar.


Argyle manager Ryan Lowe hailed the determination of his players after they battled to a 1-0 victory over Gillingham at Home Park on Saturday.


Ryan Lowe’s Greens will look to begin 2021 with a bang when Steve Evans’ Gillingham visit Home Park on Saturday afternoon.


The Pilgrims kick off the calendar year of 2021 with the visit of Gillingham in Sky Bet League One.


In partnership with the Argyle Fans' Trust, we are once again inviting members of the Green Army to come together for a watch-along of the Pilgrims' New Year clash with Gillingham. 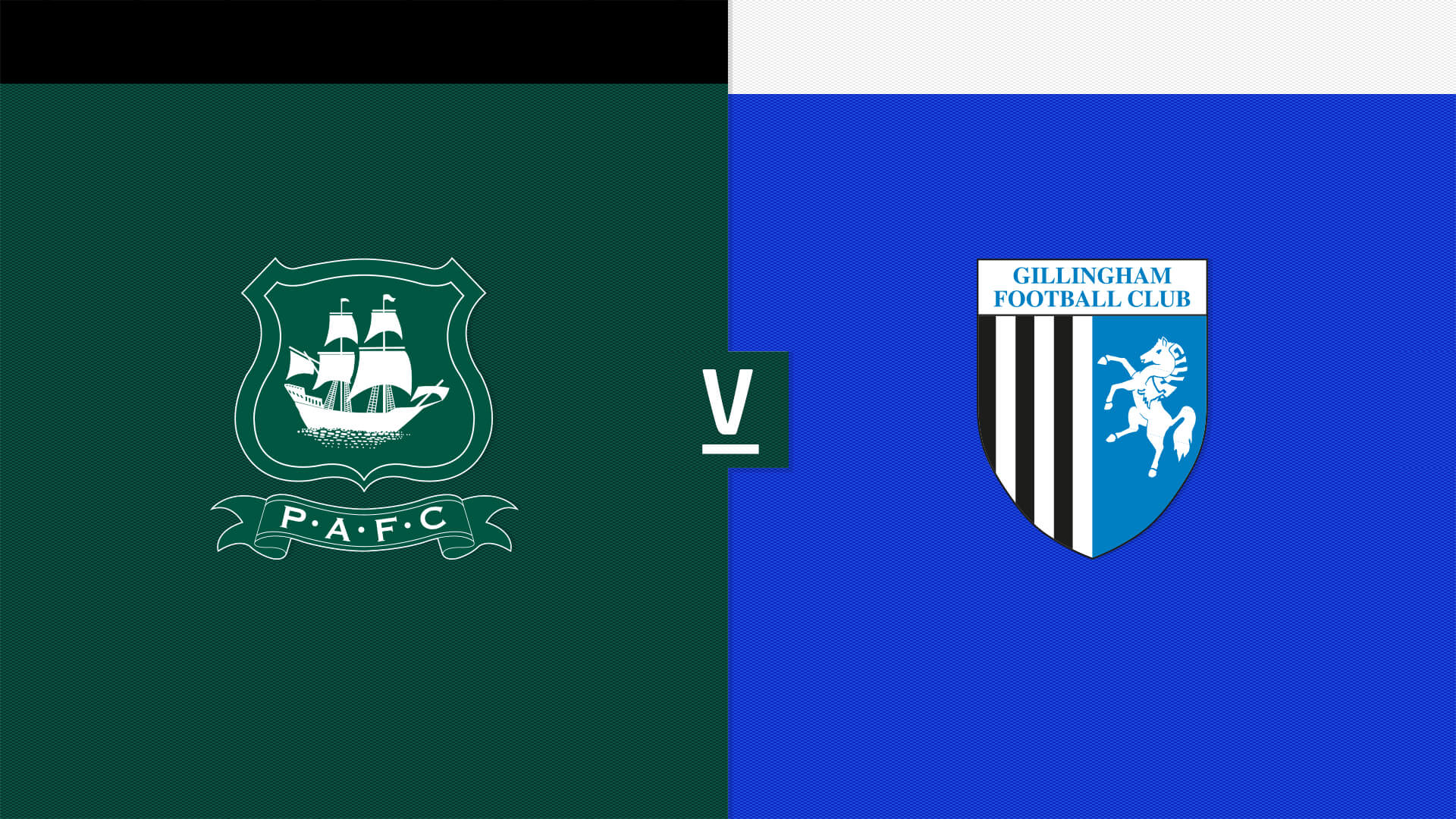 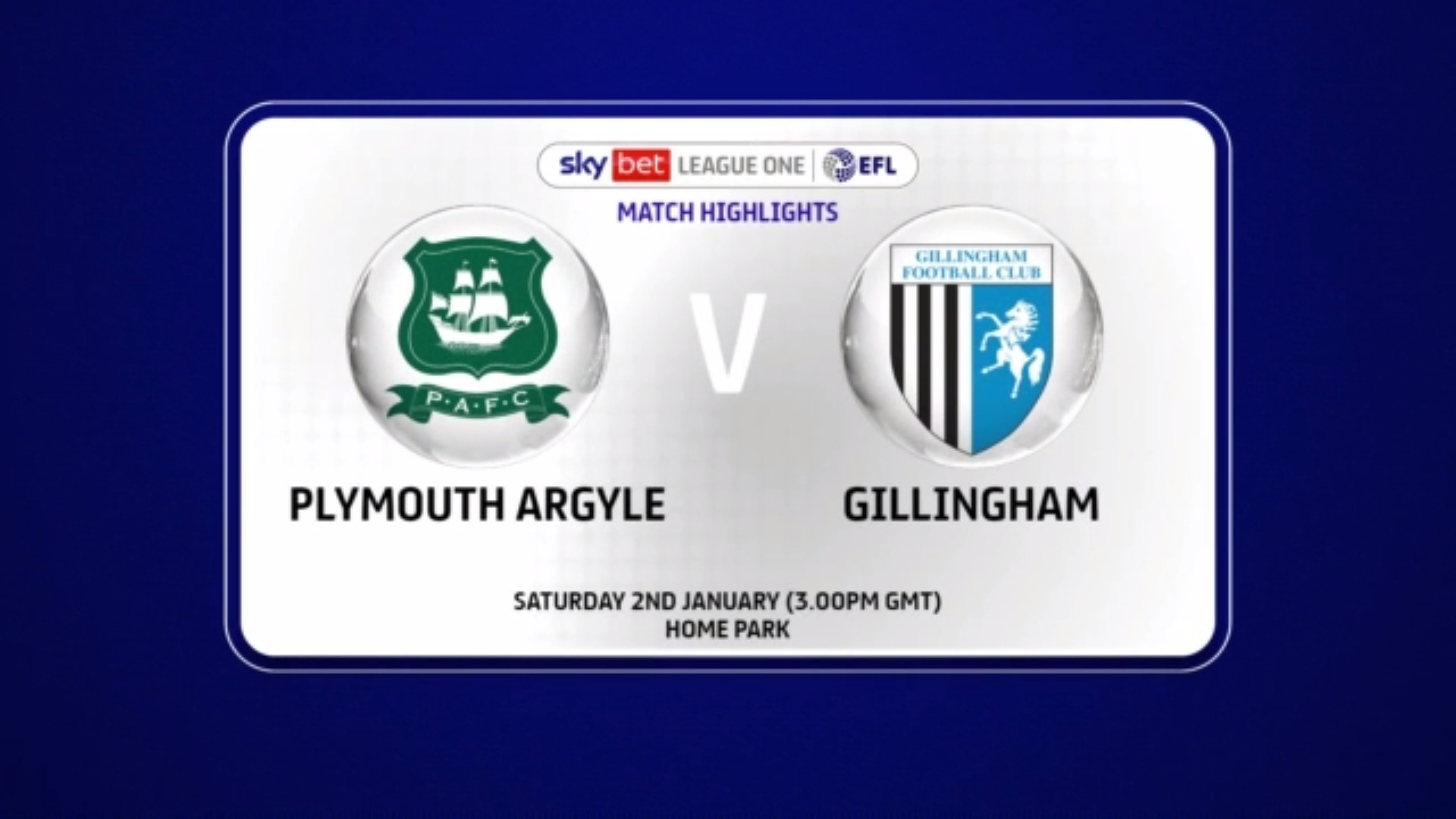 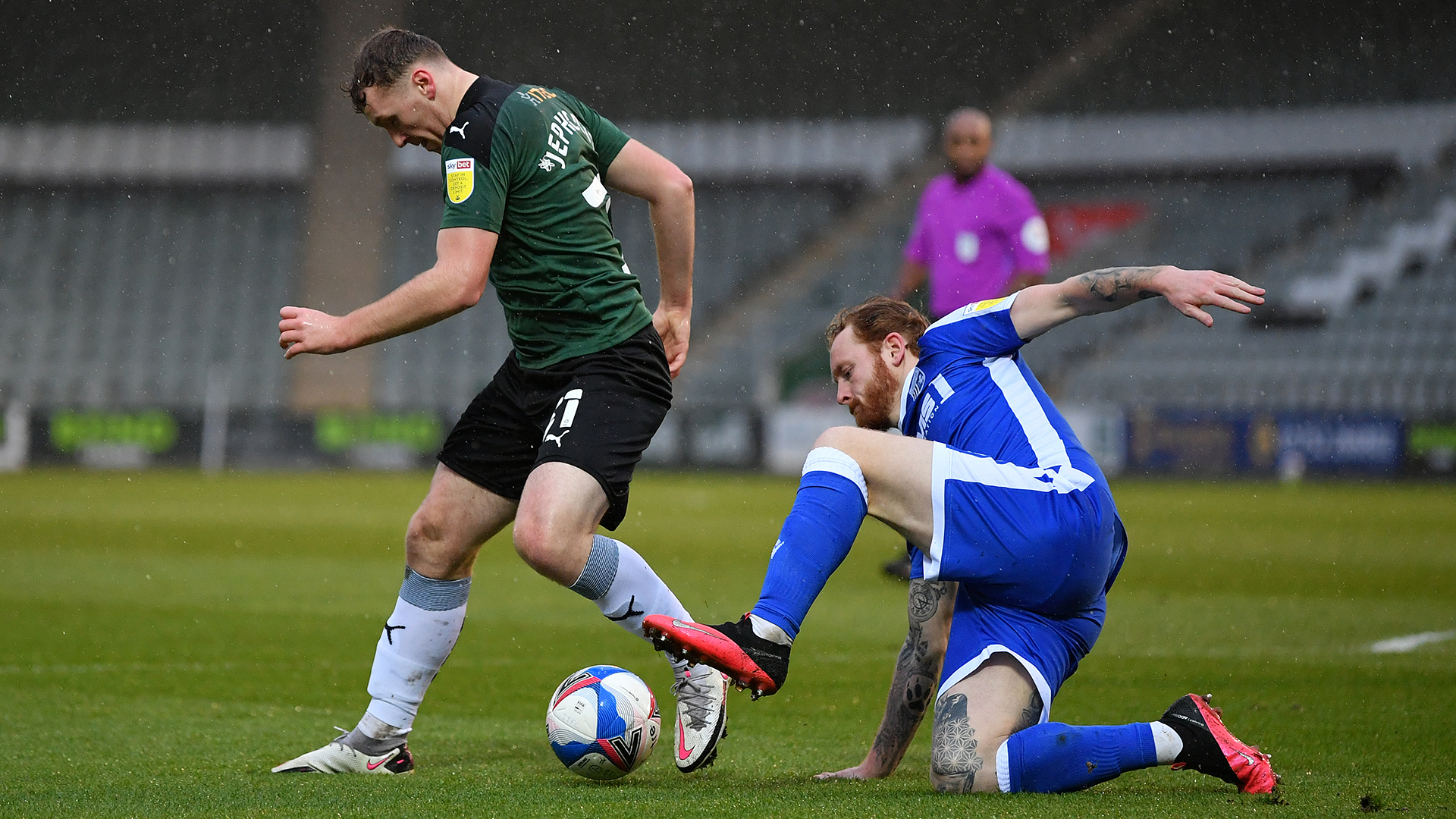