Argyle manager Ryan Lowe expressed his frustration with the sloppy start that ultimately proved costly in the Greens’ 1-0 defeat against Sky Bet League One promotion hopefuls Ipswich Town at Portman...


Ryan Lowe’s Pilgrims make their first trip to Portman Road in over a decade to face Ipswich Town in Sky Bet League One on Saturday afternoon.


The Greens hit the road again on Saturday, travelling to Portman Road to face Ipswich Town in Sky Bet League One.

Troy Parrott pounced on a defensive lapse to score the only goal, but the Pilgrims did recover to take control of possession and territory for much of the game.

The missing component for Argyle was that one massive chance to earn a point and Panutche Camara very nearly delivered with a header flicked wide, but the Greens must now regroup quickly for the midweek trip to MK Dons.

Argyle manager Ryan Lowe made just one change of personnel from the midweek loss to Wigan, although there was a minor shake-up of positions. Luke Jephcott was the man dropping down to the bench for Adam Lewis, who took up the role as left wing-back.

It was a switch that allowed Conor Grant to shift inside for a midfield role alongside Lewis Macleod, with Panutche Camara and Danny Mayor given license to support striker Niall Ennis from the wide positions.

Both sides were welcomed by torrential rain at the start of proceedings and Town won an early free-kick 25 yards from goal, whipped expertly over the wall by Judge, forcing Mike Cooper into a fine tip over the bar.

A disastrous, and decisive, moment arrived from the next attack, as a backpass from Lewis was intercepted by Parrott, who calmly rounded Cooper before slotting an easy finish into the empty net.

The goal naturally gave Ipswich the confidence to throw men forward and Jackson almost picked up on a low cross from Gwion Edwards for a shot on goal before Camara gave Argyle some relief with diligent work in the engine room.

A routine ball over the top gave Jackson another decent opening but he was quickly pressurised by Cooper racing from his line to narrow the angles, and make a crucial save for the Pilgrims.

Argyle found some attacking fluency with an incisive pass wide from Camara to Lewis, who delivered an instant cross that was cleared by the well-positioned Toto Nsiala. Lewis then found a neat exchange with Kelland Watts, allowing the youngster on loan from Liverpool to settle after a tricky start.

It was a general theme from the Greens, gradually finding their feet at a sodden Portman Road after the shock of falling behind so early in the game. While the passing lacked its normal Pilgrim precision, Ipswich were being pressed with customary intensity by Argyle.

A fabulous move involving Mayor and Lewis down the left created the first real opening on 24 minutes, with the eventual cross dipping agonisingly between the penalty-box runs of Camara and Ennis.

Argyle were finding their rhythm, again shifting the ball beautifully from right to left and the delivery from Mayor had the home defence at full stretch to clear, with Joe Edwards closing in at the back post.

The Lewis and Mayor combination was growing in menace, combining again to win a corner after honest endeavour from Ennis in making the channel run. The deep delivery was met by the head of Ennis but he was unable to generate the necessary power to seriously trouble goalkeeper Thomas Holy.

Ipswich responded with a clever pass from Flynn Downes to Parrott and Argyle were thankful to Watts for an excellent block on the shot. It proved to be the last contribution from Downes, who limped off with a muscle injury to be replaced by Bishop.

Lewis continued his impressive redemption with another delicious cross behind the Ipswich defence and Ennis came ever so close to getting a significant touch that would have asked Holy a big question.

Ennis produced some wonderful individual skill in the centre circle three minutes before half-time, somehow weaving his way through the Town midfield before feeding a pass wide to Lewis, who picked out Camara with an instant cross but the offside flag curtailed a delightful move.

Lewis, yet again, found another marvelous cross for Camara and the rangy midfielder was just unable to leap high enough to keep his header down. It was a super end to the first period from the Pilgrims and certainly game on at Portman Road.

In typical spring fashion, the monsoon was replaced by sunshine for the start of the second half, and Ipswich left-back Myles Kenlock introduced himself with an ambitious shot skewed wide from distance.

A searching ball down the opposite flank released Jackson to break into the Argyle box and cut a perfect pass into feet of Judge, who sliced a glorious opening well wide and a welcome reprieve for the Greens.

Macleod and Grant provided the platform for an excellent spell of calming possession for Argyle, but when the ball was delivered into the danger area, Camara followed the Judge example with a miscued shot.

A free-kick won by Mayor on the left was curled in by the Argyle number 10 and Jerome Opoku created momentary panic in the box before the ball was cleared to Grant for a 35-yard speculator directed narrowly wide.

The Pilgrims returned to their traditional 3-5-2 formation on the hour, when Jephcott and Ryan Hardie came on for Ennis and Lewis, while Ipswich also made two changes, withdrawing Jackson and Parrott for Aaron Drinan and the experienced Cole Skuse.

Jephcott was immediately involved, winning a free-kick through sheer determination and the Greens patiently recycled the ball wide to Mayor for a clipped cross that again only just eluded the run of Camara.

The Pilgrim probing was interrupted by a sweeping pass from Opoku to Grant and he fed a pass back inside, which looped skyward for Macleod to execute a superbly-struck volley that was well held by Holy.

While Argyle were dominating possession, the clock ticked past 75 minutes and a little more penetration was required, although, before that, Will Aimson found a terrific block to repel a 20-yard effort from Judge.

The Pilgrims were soon back in control of the ball, working the play wide to Watts for a cross that found the head of Camara, but he glanced a bouncing effort inches wide of the far post.

Byron Moore and Ben Reeves were introduced for Grant and Macleod on 81 minutes, while Cook made his final two substitutions, removing Judge and Gwion Edwards for Lankester and Keanan Bennetts.

A foraging run from Hardie had the Town defence at full stretch but the Greens were just unable to conjure that clear shot on goal, with Camara also crowded out by the hosts. A timely interception by Aimson prevented Drinan from pulling the trigger at the other end.

Four minutes of stoppage time offered Argyle a final glimmer of hope but there was no way through a steadfast Ipswich defence.


Argyle manager Ryan Lowe expressed his frustration with the sloppy start that ultimately proved costly in the Greens’ 1-0 defeat against Sky Bet League One promotion hopefuls Ipswich Town at Portman...


Ryan Lowe’s Pilgrims make their first trip to Portman Road in over a decade to face Ipswich Town in Sky Bet League One on Saturday afternoon.


The Greens hit the road again on Saturday, travelling to Portman Road to face Ipswich Town in Sky Bet League One. 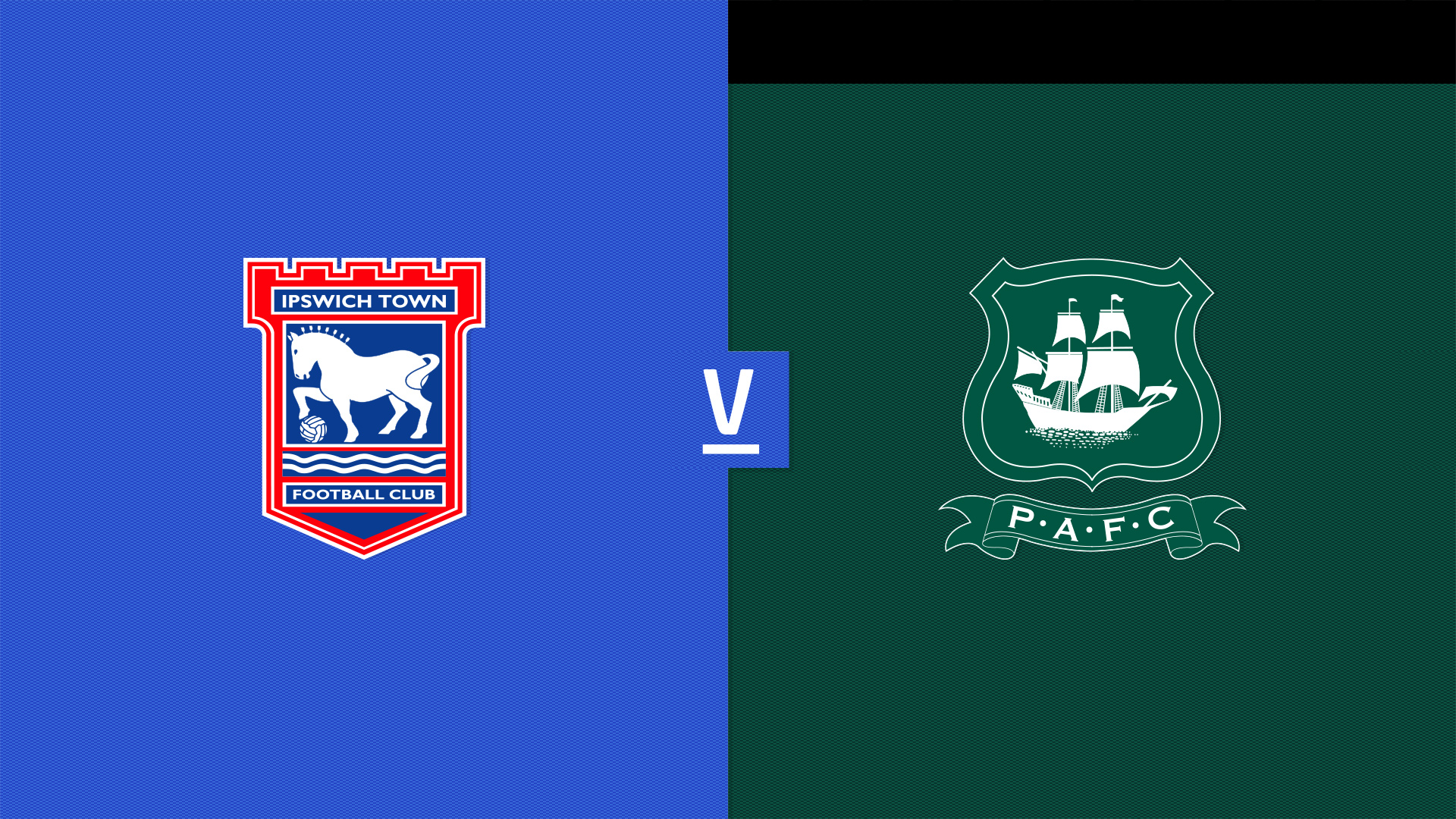 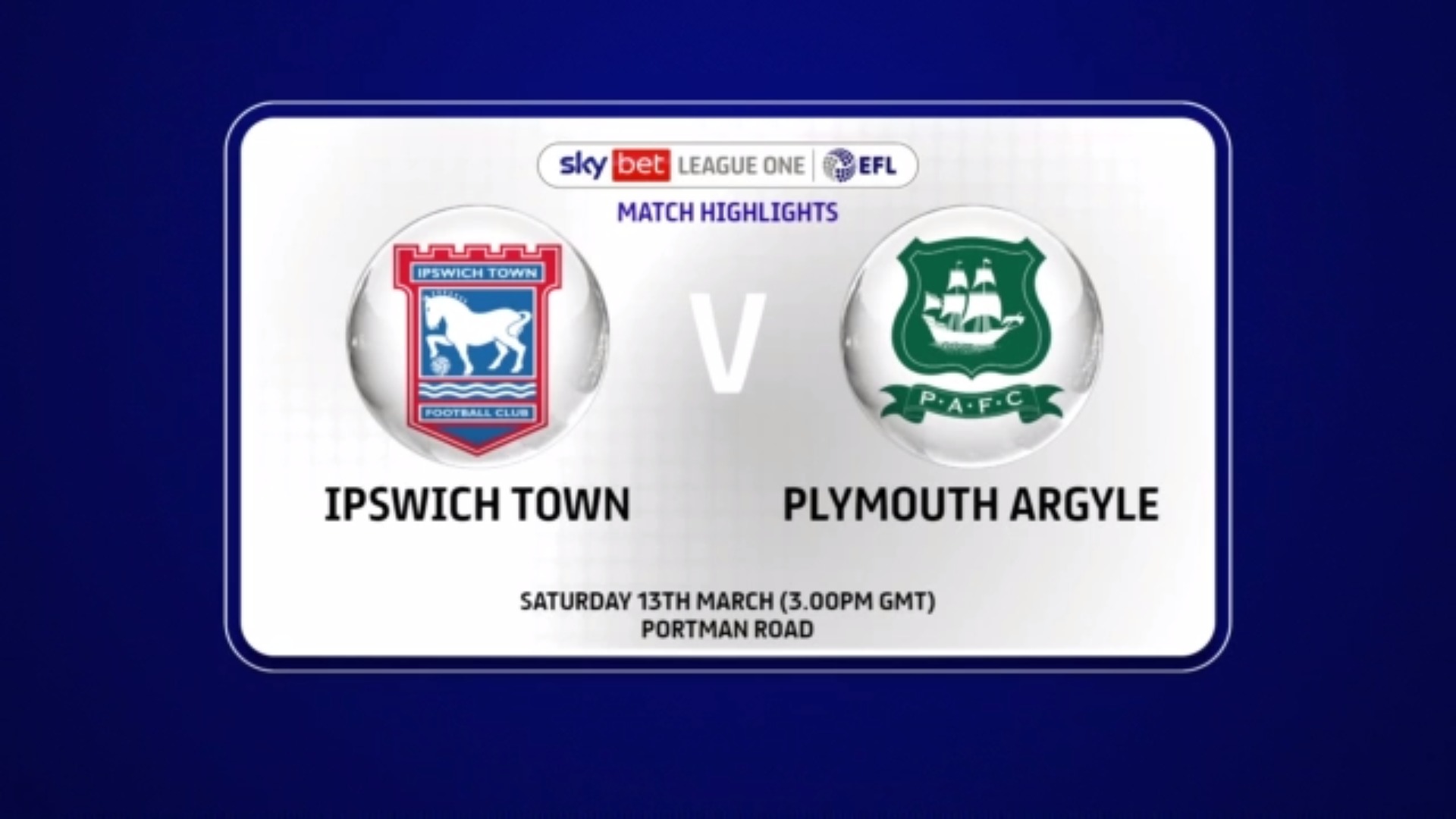 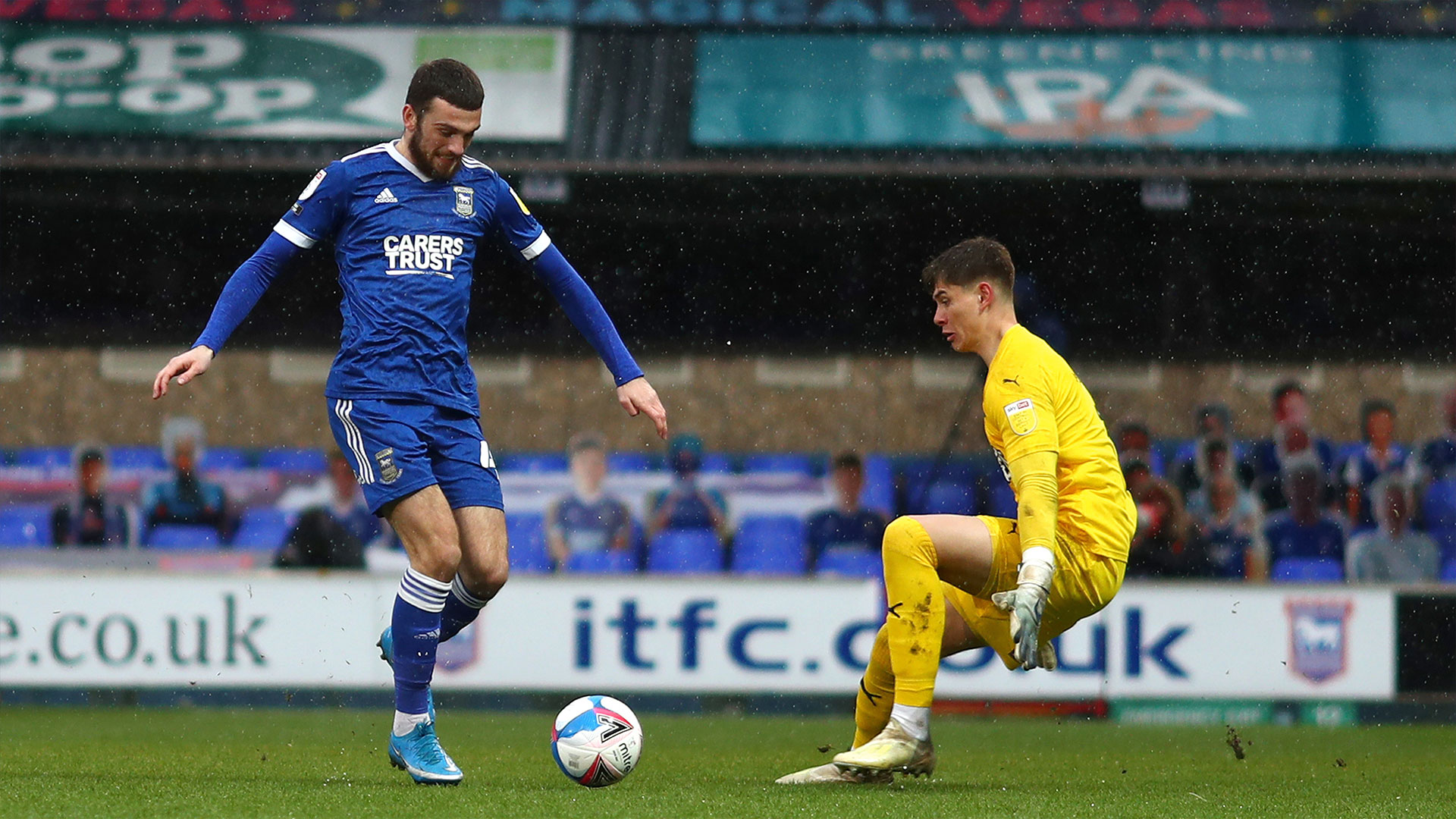