Argyle manager Ryan Lowe expressed frustration with his team’s efforts off the ball during the aftermath of their 2-0 defeat to Wigan Athletic at Home Park on Tuesday evening.

THE TEAMS: Argyle vs Wigan Athletic


The teams are in for the Pilgrims' Sky Bet League One clash with Wigan Athletic at Home Park.


After two challenging defeats on the road, Ryan Lowe’s Pilgrims return to home comforts for the visit of Wigan Athletic on Tuesday evening.


The Greens are back in action on Tuesday night, hosting Wigan Athletic in Sky Bet League One.

Two goals in the first half ultimately proved enough for Wigan Athletic to record a victory under the floodlights at Home Park.

In a strange quirk of football, Argyle generally controlled the opening 45 minutes but were sucker-punched by a terrific finish from Viv Solomon-Otabo and Curtis Tilt’s header.

The Pilgrims had created a number of promising situations, and that continued after the break, but this night belonged to the Latics.

Argyle manager Ryan Lowe made two changes from the weekend defeat at Doncaster, and both in midfield, as Lewis Macleod and Panutche Camara came in for Ben Reeves and Tyrese Fornah.

Wigan boss Leam Richardson made two alterations from the impressive win over MK Dons, one enforced and one tactical. Jamie Proctor replaced Joe Dodoo in attack, while Lee Evans came in for Scott Wootton, who is on loan from the Pilgrims and ineligible to play against his parent-club.

An early corner for the Greens, won by Conor Grant, was whipped over by Danny Mayor and the attempted overhead from Kelland Watts looked to be causing a problem before referee Gavin Ward blew his whistle for an infringement.

Argyle settled into a period of controlled possession, injecting some pace down the left and a pass inside from Mayor for Grant was perfectly weighted. Tendayi Darikwa was caught the wrong side of his man and a lunging tackle, on another day, could have easily resulted in a penalty for the Pilgrims.

The evening turned against Argyle on 13 minutes, when Funso Ojo fizzed a low cross toward Solomon-Otabor, who controlled his finish into the roof of the net, giving Michael Cooper no chance.

It was Wigan’s first genuine attack of the evening but Argyle shook off the disappointment with a surge down the right from Camara, resulting in a free-kick conceded by Evans, which the visitors cleared competently from Grant’s delivery.

A looping ball then had Argyle stretched, with Callum Lang racing through for a drilled shot expertly saved by the feet of Cooper, and Solomon-Otabor lashed the rebound over the bar.

The Pilgrims responded with a low cross from Luke Jephcott, cleared under pressure by Tilt. The subsequent throw-in was chested down by Niall Ennis into the path of Jephcott, who thundered a tremendous left-foot volley against the bar from a difficult angle.

A flowing move conjured the next chance, as Joe Edwards threaded a pass to Grant for a low shot deflected on to the post from the left edge of the area. The loose ball fell to Macleod, who exchanged passes with Jephcott before a shot brilliantly saved by Wigan captain Jamie Jones. The rebound just evaded the lurking Camara but the Greens were laying siege on their visitors.

There was fantastic fluency in Argyle’s play and a cross from Mayor was met by the head of Jerome Opoku, fisted clear by Jones before the referee blew for a foul by the Greens.

Wigan replied with a second goal, completely against the run of play, as a near-post cross picked out the run of Tilt for a well-taken header that, again, gave the Pilgrim custodian no chance to make the save.

Argyle faced a deficit that did not reflect the pattern of the game but fair play to the visitors for two quality finishes, and the challenge was set to stage an almighty fightback.

A beautiful turn from Mayor was the first step in the road back, eventually feeding the ball wide to Grant for a low cross to Ennis, who shot on the turn and a little unlucky to see the pace on his effort quelled by an outstretched foot from George Johnston.

The next step for Argyle was to regroup at half-time, although head injuries to Macleod and Watts prevented any momentum in the early exchanges of the second half.

Hard graft from Jephcott and Ennis earned the Pilgrims a corner, but the header from Argyle’s leading scorer was steered over and that was the end of his evening, replaced by the fresh legs of Ryan Hardie.

A terrific surge from Mayor, fed by Edwards, led to a swivel and shot from Ennis, superbly thwarted by a tackle from Tilt to deny a clear shot on goal. Strong hands from Cooper repelled the Wigan response via a left-wing cross.

Both sides made a change on 66 minutes, with Lewis replacing Grant for the Greens, and Wigan withdrew Lang and Proctor for Will Keane and Dodoo.

Argyle were entering a stage when a goal back was crucial and super play from Ennis, turning sharply in the centre circle, attempted to provide the catalyst, releasing Hardie in the left channel for a shot palmed clear by Jones.

Mayor took on the mantle next, swapping passes with Lewis before a shot saved in similar fashion by the Wigan ‘keeper. It was a spell of danger from the Greens that unfortunately went unrewarded.

The tenacity of Ennis won Argyle a free-kick, which was taken by Lewis and curled against the outside of the post, with two changes made in the interim, as Will Aimson and Macleod were replaced by Reeves and Byron Moore.

Marvelous play from the Greens saw Edwards and Camara both perform party tricks with wonderful control, leading to a free-kick on the left edge of the penalty area, and a clipped cross from Lewis was met by Opoku, but Jones was in the right place to catch the effort.

Wigan withdrew Evans for Corey Whelan in the closing minutes of a night packed with frustration for the Pilgrims. The endeavour stayed impeccable to the last but the decisive moments were in Wigan’s favour.


Argyle manager Ryan Lowe expressed frustration with his team’s efforts off the ball during the aftermath of their 2-0 defeat to Wigan Athletic at Home Park on Tuesday evening.

THE TEAMS: Argyle vs Wigan Athletic


The teams are in for the Pilgrims' Sky Bet League One clash with Wigan Athletic at Home Park.


After two challenging defeats on the road, Ryan Lowe’s Pilgrims return to home comforts for the visit of Wigan Athletic on Tuesday evening.


The Greens are back in action on Tuesday night, hosting Wigan Athletic in Sky Bet League One. 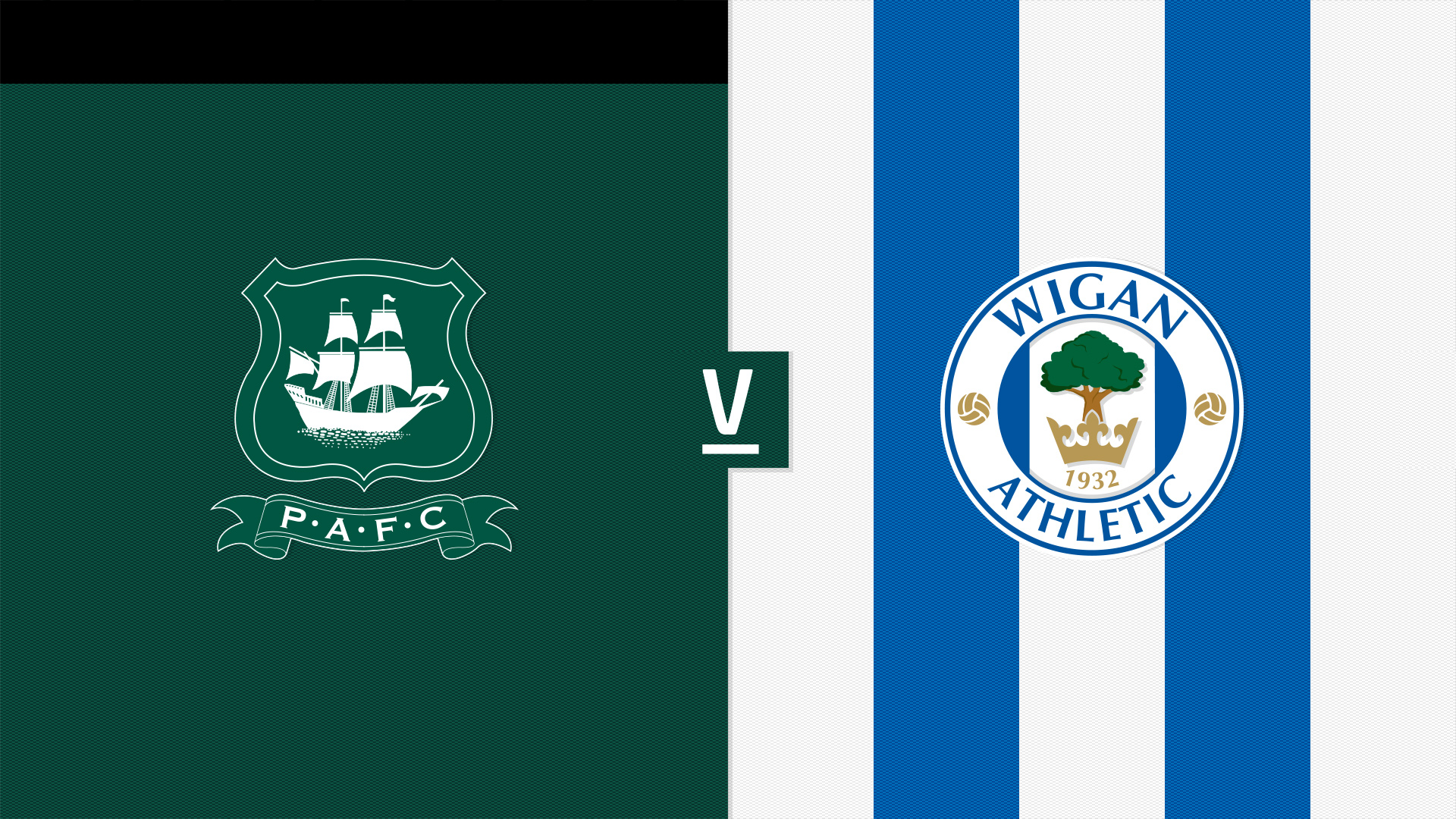 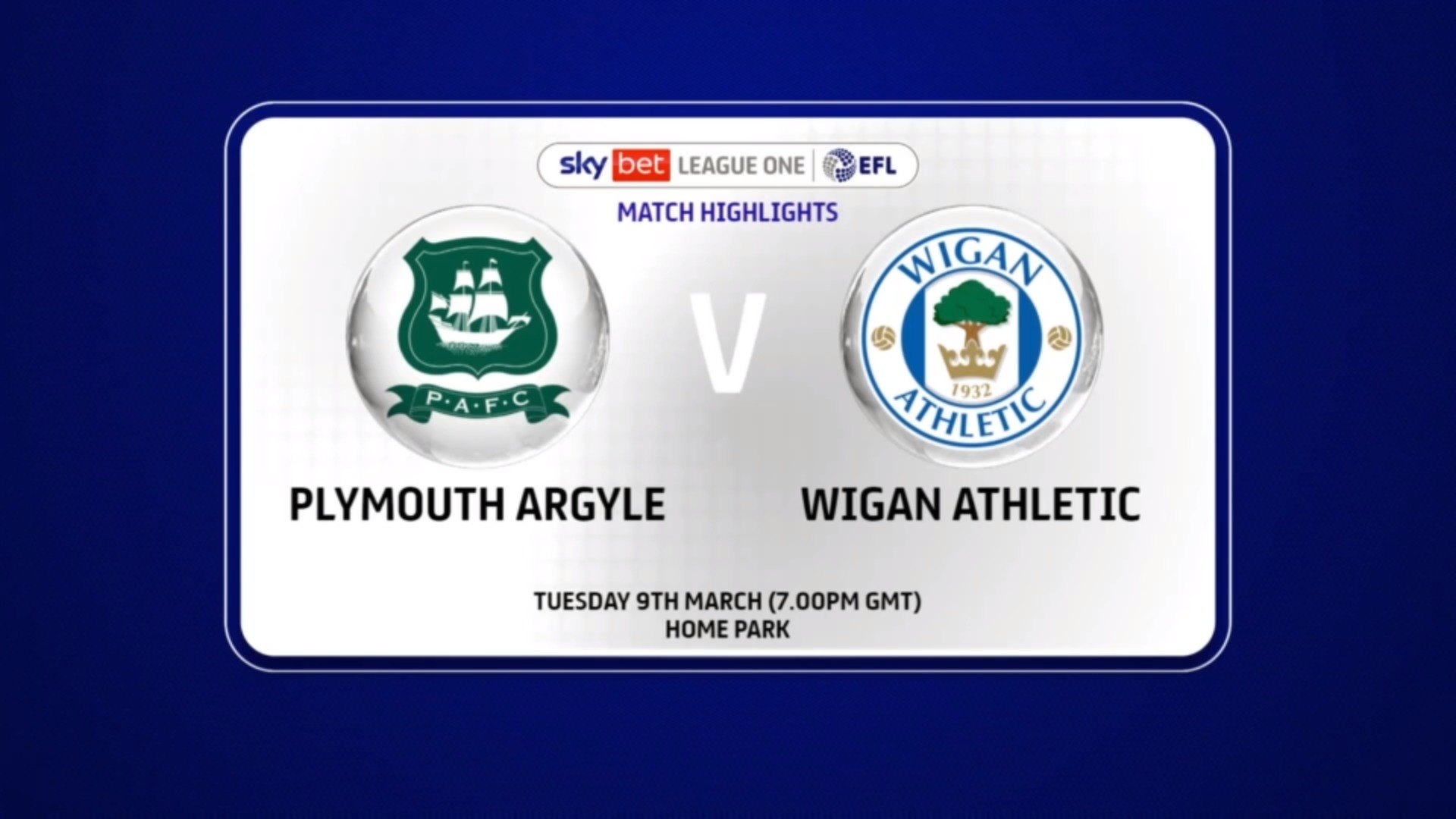 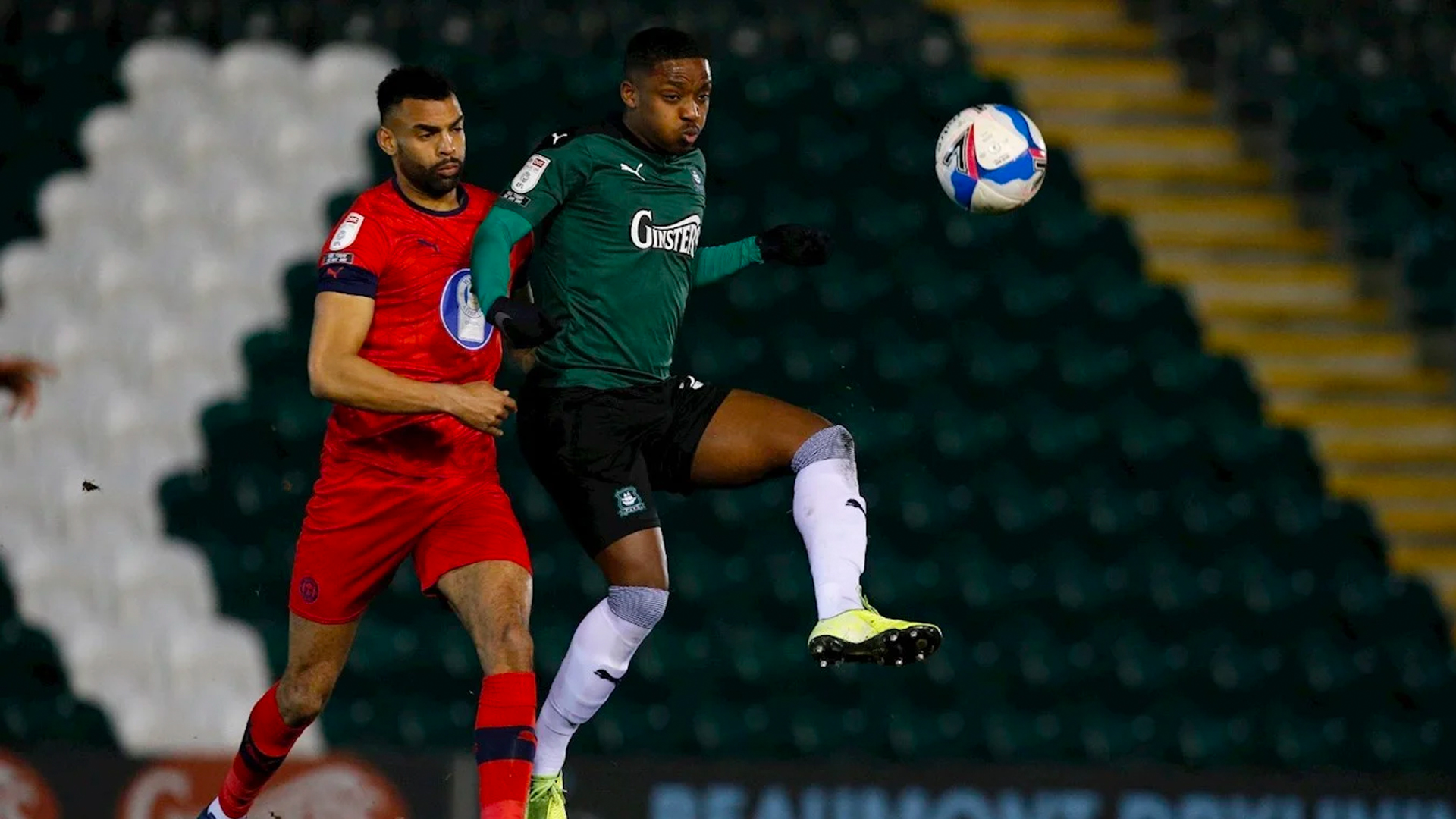