Argyle manager Ryan Lowe was disappointed to only come away with a solitary Sky Bet League One point after a pulsating 2-2 draw with Portsmouth at Home Park on Monday night.


Having won four consecutive games in all competitions, Argyle face one of the toughest tests of the season so far on Monday night.


The eyes of the nation will be on the Theatre of Greens on Monday night, as the Pilgrims take on Portsmouth in front of Sky Sports cameras at Home Park.

Honours even and a thoroughly entertaining game between Argyle and Portsmouth in front of the Sky Sports cameras at Home Park.

The Greens were outstanding in the first half, surging in front through a Sean Raggett own goal on 11 minutes, and they created a number of chances to extend that lead.

Portsmouth came back strong after the break, scoring two goals in three minutes just past the hour, with John Marquis converting a penalty and Tom Naylor rifling in from the edge of the box.

It was Argyle’s turn to show their resillience and they did it superbly, earning a fully deserved point when Jerome Opoku equalised from close range on 77 minutes.

Argyle manager Ryan Lowe made two changes from the side that defeated Charlton Athletic in the FA Cup last week. Luke Jephcott was away on international duty and replaced in attack by Frank Nouble, while George Cooper came in for Byron Moore at wing-back.

There was also a place on the bench for goalkeeper Luke McCormick after he came through unscathed from the Papa John’s Trophy win over Newport.

Portsmouth boss Kenny Jackett also had a player away for international football, with Ronan Curtis part of the Republic of Ireland squad. His place went to Ben Close in midfield, the only change from the Pompey side that overcame Ipswich in the FA Cup.

A delicious pass from Kelland Watts created the first opening on three minutes, as he threaded the ball to Ryan Hardie, who managed to knock it past the onrushing goalkeeper Craig MacGillivray but the angle became too tight for a shot and Pompey scrambled clear.

Portsmouth responded with a weaving run from Ryan Williams and his low cross was brilliantly hooked clear by Watts, under heavy pressure from the lurking Marquis.

Argyle were soon back in the ascendancy and struck the opening goal after a clever ball down the line from Will Aimson flicked off the head of Portsmouth full-back Cameron Pring.

Nouble was the beneficiary, driving into the right side of the box and his delivery, drilled low toward the run of Hardie, was deflected into his own net by the retreating Raggett for a perfect Pilgrim start.

Pompey tried to regroup with a decent spell of possession but Argyle were playing the more penetrating football, as Nouble and Hardie again combined for a dangerous break down the left, eventually snuffed out by Raggett.

Joe Edwards then won a free-kick after a sweeping ball from Tyrese Fornah and the whipped delivery by Cooper was headed over his own bar by Naylor.

Argyle were swarming all over their visitors, as Panutche Camara won the ball in midfield and instantly fed a pass to Nouble, who took a touch before rifling a left-foot shot that was expertly parried away by MacGillivray.

Cooper was next to have a turn, brilliantly dancing inside from the left flank for a curling effort toward the far corner that only missed its intended target by a whisker. It was great play from Cooper, looking to add further goals to the brace he scored in the Trophy.

Portsmouth attempted to change the pattern with a delightful dinked cross to the back post from Marcus Harness but the Pilgrim defence had their runners in check, and cleared the danger with relative ease.

Danny Mayor, as usual, was enjoying a growing influence on the game and perhaps a sign of the Pompey frustration that Marquis earned a yellow card for a robust challenge on Argyle’s midfield talisman.

It was a Pilgrim performance fully deserving of a second goal and Portsmouth entered the half-time interval relieved that the game was not already out of sight, although they did get a slight sniff through Williams in the closing seconds but he was unable to force a first save from the under-employed Mike Cooper.

Jackett sought to remedy the situation for his side with two changes at the break, withdrawing Close and Rasmus Nicolaisen for Jack Whatmough and Ellis Harrison to provide some support for Marquis.

The Argyle approach was to continue using the same working formula, with Cooper forcing a fine save from MacGillivray. The rebound fell to Mayor for another well blocked and the ball bounced to Hardie, who was denied a certain goal by a brave goal-line block from Pring.

It was more terrific work from the Greens but credit to the Pompey full-back for a miraculous challenge to save his side from going two goals behind.

Portsmouth had no choice but to throw more men forward in a bid to change the pattern and a high boot from Fornah earned Harrison a free-kick on the edge of the area. Marquis took the responsibility but struck his effort into the wall, and then lashed the rebound wide.

A cross from Pring prompted the next Pompey attack and a half-clearance fell to Naylor for a half-volley from 16 yards, but Cooper superbly turned the ball over the bar. The subsequent corner was swung over and a header from Whatmough ricocheted off the arms of Watts.

Referee Charles Breakspear pointed to the spot and Marquis stepped forward to execute a fine penalty into the bottom corner.

Lowe reacted instantly, replacing Hardie with Dom Telford, but the new man had yet to touch the ball when Naylor rifled Portsmouth into the lead, picking up on a clearance to the edge of the area and firing a super finish into the same bottom corner found by Marquis two minutes previous.

From a position of control, the Pilgrims had to come from behind and there was a further change to the Green dynamic, with Conor Grant replacing Fornah.

Argyle had to regroup and rediscover that first-half form. A corner won by the tenacity of Telford presented the Pilgrims with a chance to pull level. The ball was cleared to Mayor for a second cross but Telford headed wide under heavy pressure from Whatmough.

Mayor was beginning to weave his magic again and a super response to the shock of two quickfire goals. The reward came 13 minutes from time, when a deep looping free-kick by Cooper was misjudged by MacGillivray. Telford had read the flight perfectly and he nodded the ball across goal for Opoku to force it home from two yards.

It was now very much game on for the closing stages and Ben Reeves was given his chance to make an impact as a late substitute for Camara.

The Pilgrims continued attacking with purpose in search of a dramatic winner. Portsmouth made their final change by introducing Haji Mnoga for Williams and he quickly won a foul in a dangerous area.


Argyle manager Ryan Lowe was disappointed to only come away with a solitary Sky Bet League One point after a pulsating 2-2 draw with Portsmouth at Home Park on Monday night.


Having won four consecutive games in all competitions, Argyle face one of the toughest tests of the season so far on Monday night.


The eyes of the nation will be on the Theatre of Greens on Monday night, as the Pilgrims take on Portsmouth in front of Sky Sports cameras at Home Park. 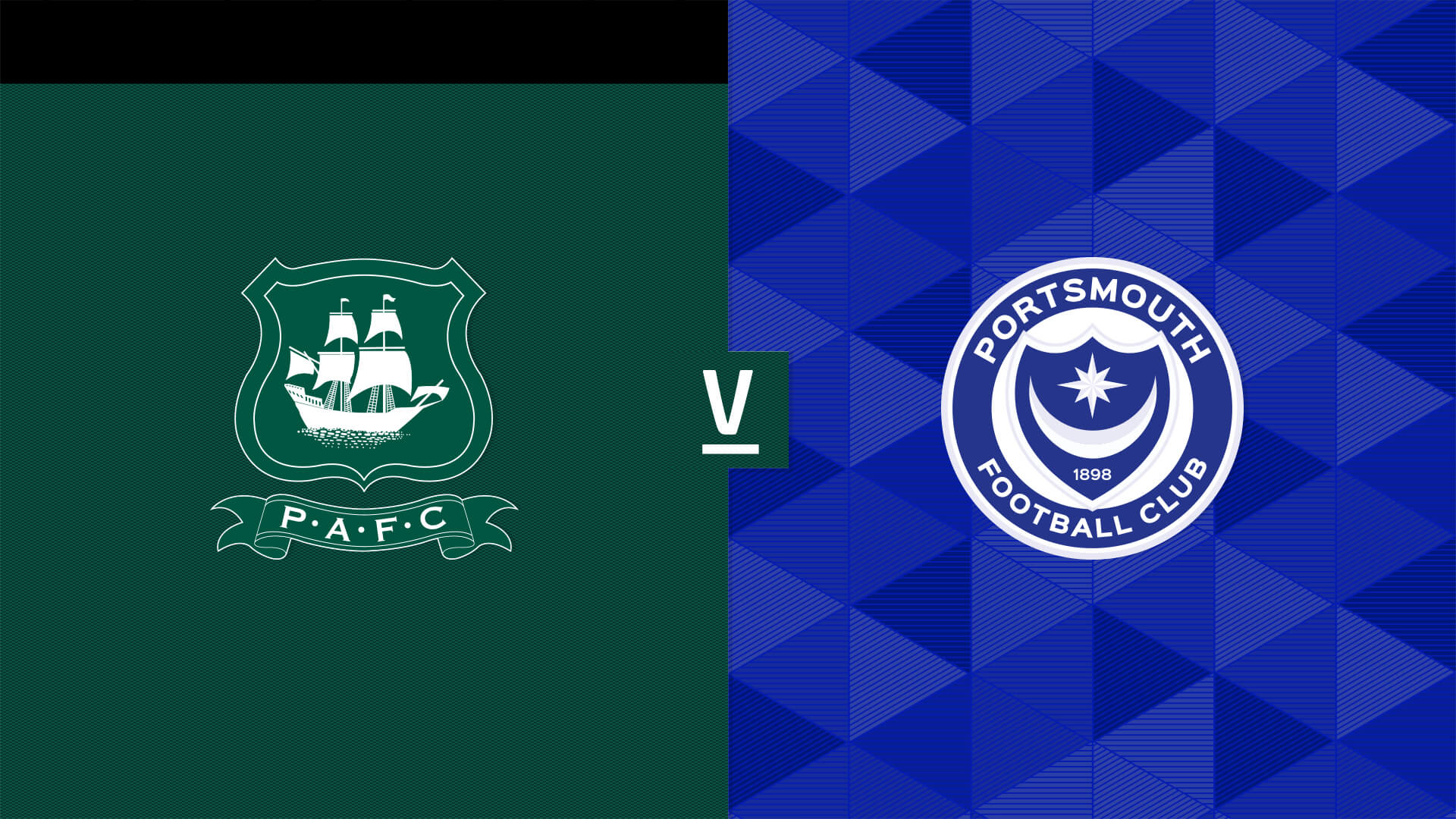 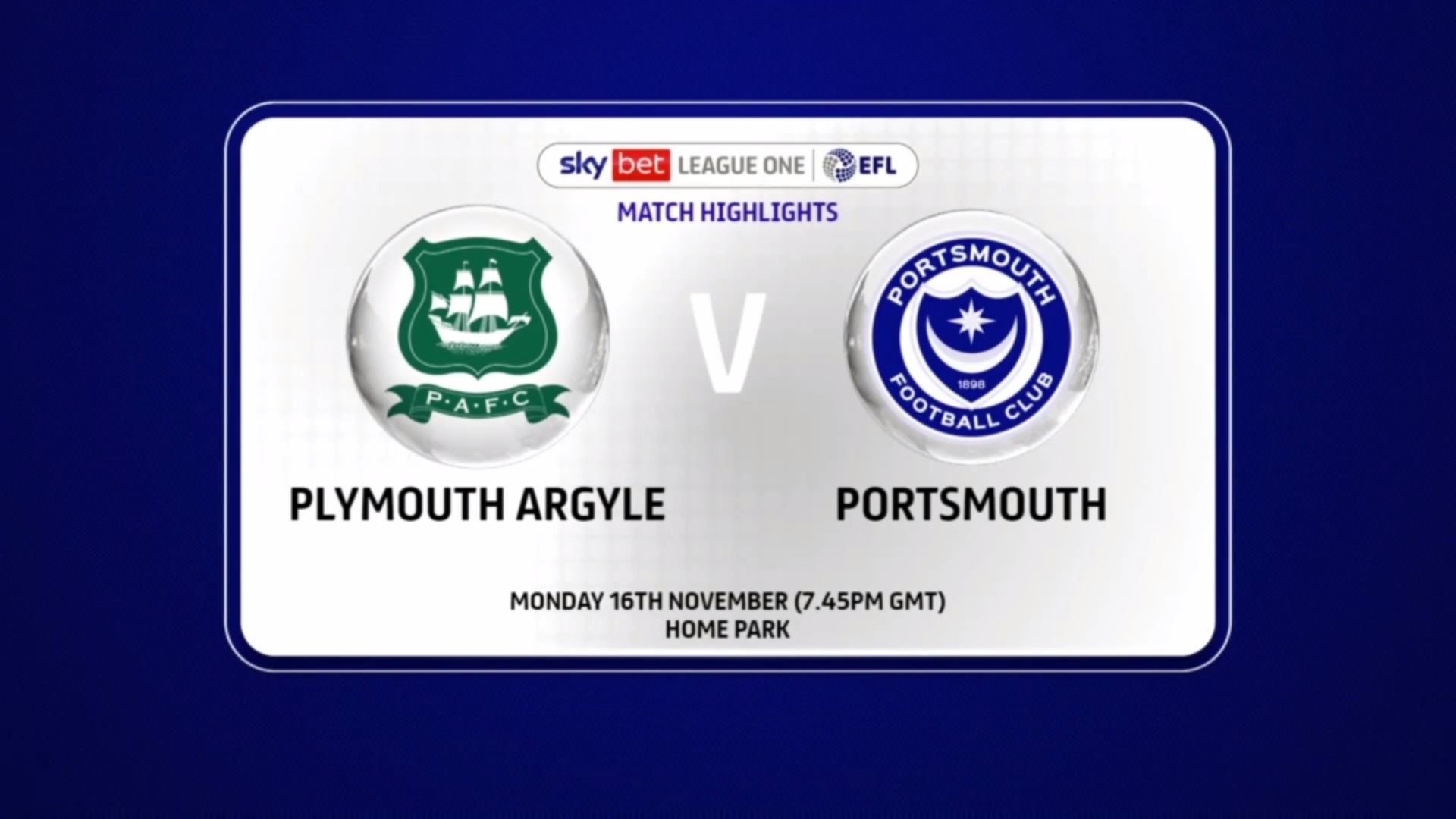 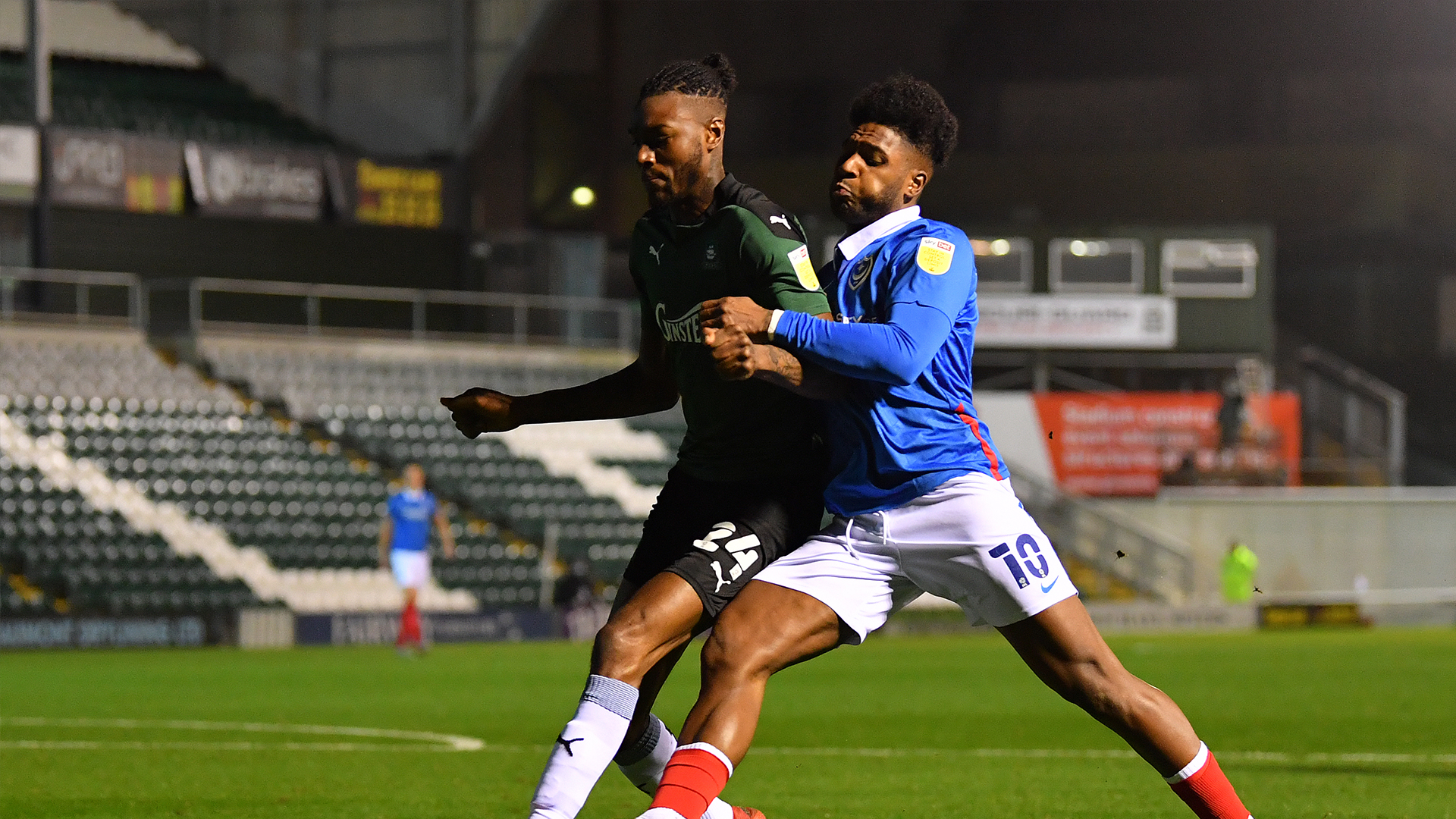