Are you sure you want to delete this event?


Argyle enter Tuesday night’s home game against Swindon Town looking for a win that could propel them back into the Sky Bet League One play-off places.


Ryan Lowe’s Pilgrims are back in action on Tuesday night, looking to extend an excellent home record against fellow Sky Bet League One newcomers Swindon Town.


Our Sky Bet League One home tie against Swindon Town on Tuesday, 3 November will now kick-off at the earlier time of 7pm.

Argyle came out on top in a six-goal thriller with Swindon Town at Home Park and much of the meaningful action condensed into a bewildering first 25 minutes.

Luke Jephcott started the fun with a headed opener and Joe Edwards doubled the lead with a marvellous team goal just a minute later.

Swindon hit back through Hallam Hope and then pulled level with a scruffy goal from Anthony Grant, but Jephcott was immediately back into the action to make it 3-2.

The Robins were then rocked by the dismissal of Jonny Smith on the stroke of half-time and Argyle managed the second period perfectly before sealing the win with a majestic late free-kick from substitute Conor Grant.

Argyle manager Ryan Lowe kept to the same starting line-up that performed so well in securing a 2-1 win over Doncaster Rovers seven days ago, although there was a welcome return to the bench for Niall Canavan and George Cooper, with Ryan Law and Timmy Abraham missing out.

Swindon, understandably, also kept faith with the team that produced a superb display in defeating high-flying Hull City on the weekend, when the scorer of the winning goal was former Pilgrim Joel Grant, making his first return to Home Park after departing in the summer.

The Robins came flying out of the blocks and a surging run down the right from Jonny Smith led to a low cross toward Hope, who flicked the ball past custodian Mike Cooper and Will Aimson did a terrific job in hacking clear from his own goal-line.

Midfielder Jack Payne was then given a very early booking for pulling on the shirt of Panutche Camara and a long time to stay responsible for the former Southend man.

Argyle stepped on the gas with a fine opener, almost inevitably stemming from the craft of Danny Mayor, who drifted in a fine cross from the left and Jephcott read his intentions perfectly, timing his jump to glance his header beyond Matej Kovar.

The Pilgrims continued the momentum in sensational fashion, as Edwards burst through the middle, brilliantly exchanged passes with Ryan Hardie before sliding the ball past the hopelessly exposed Kovar.

If the first goal was all about the creativity of Mayor and timing of the run from Jephcott, number two was down to an inspired attacking thrust from Edwards, bagging his third goal of the season.

A crazy start to the game continued with Hope pulling a goal back for the visitors, profiting from a run into the left channel by Dion Donohue and a cutback that presented the Swindon striker with an easy finish past Cooper.

Mayor very nearly added to the Argyle advantage with an effort fizzed just wide, but the Robins were also looking dangerous, as Jonny Smith sprinted into space for a shot expertly saved by Cooper.

The incredible turned to the ridiculous as a routine corner to the back post was headed down by Anthony Grant and the ball ricocheted into the Argyle net to bring Swindon level.

Argyle dusted off the disappointment in fabulous fashion, restoring their lead for a fifth goal inside just 25 minutes, with Hardie pinching the ball from Jonathan Grounds and presenting Jephcott with the simplest of finishes into an empty net.

It was a horrible goal from a Swindon perspective but tremendous work from Hardie in pressurising the experienced defender and unselfishly picking out Jephcott to continue his happy scoring habit.

The chances kept on coming, as Byron Moore took his attacking turn with a clever run and pass back for Mayor, who squeezed off a deflected low drive that was turned wide by an excellent save from Kovar.

Fine build-up play from Hardie and Camara prompted the next chance, working the ball to Mayor for an effort from 12 yards that forced another impressive block by Kovar, who, despite conceding three goals, was enjoying a fine first half.

Moore then set off on a raid from the left and his flicked pass inside only just eluded the runs of Hardie and Jephcott, as the Greens continued to carve open the visitors with admirable precision.

Referee John Busby added a further twist to the plot by dishing out a second yellow card to Jonny Smith and Swindon faced 45 minutes-plus with only ten men.

The first half somehow ended with no further additions to the scoreboard but credit to both sides for providing magnificent entertainment to fans watching the game on iFollow.

Lowe introduced Conor Grant for Tyrese Fornah at the interval and the Greens continued their forward momentum with a brilliant turn of pace and searing shot from Camara that cannoned back off the upright.

Swindon responded with a low drive from Anthony Grant easily snaffled by Cooper and the Robins looked to change their evening by withdrawing Payne for the fresh legs of Jordan Stevens.

Argyle, however, continued to dominate possession and territory, winning a free-kick in a dangerous position after a sublime turn from Mayor. Hardie took on the responsibility and beat the defensive wall but Kovar was well placed to make the save.

Swindon made their second change by removing Joel Grant for Brett Pitman, while the Pilgrims opted for a different option in attack, replacing Jephcott with the power of Frank Nouble.

After the frantic scoring of the first period, there was an understandable lull in proceedings through the second half and a difficult predicament for the Greens, naturally wanting to keep things safe at the back but also keen to confirm the points with a fourth goal.

A clever ball over the top from Aimson sought to achieve the latter, as he found Hardie for a lashed effort from a difficult angle that flew narrowly beyond the far post of Kovar’s goal.

Dom Telford came on for Hardie to complete the final 12 minutes, while the visitors changed their attacking possibilities with the introduction of Ellis Iandolo for Hope.

A terrific run across the edge of the area from Mayor looked to create space for a decisive goal for Argyle and he fed the ball to Edwards for a dinked cross, but Nouble nodded wide after finding room at the back post.

Conor Grant eventually added the full stop to a supreme performance, brilliantly curling a 25-yard free-kick into the top corner and three more points at the Theatre of Greens.


Argyle enter Tuesday night’s home game against Swindon Town looking for a win that could propel them back into the Sky Bet League One play-off places.


Ryan Lowe’s Pilgrims are back in action on Tuesday night, looking to extend an excellent home record against fellow Sky Bet League One newcomers Swindon Town.


Our Sky Bet League One home tie against Swindon Town on Tuesday, 3 November will now kick-off at the earlier time of 7pm. 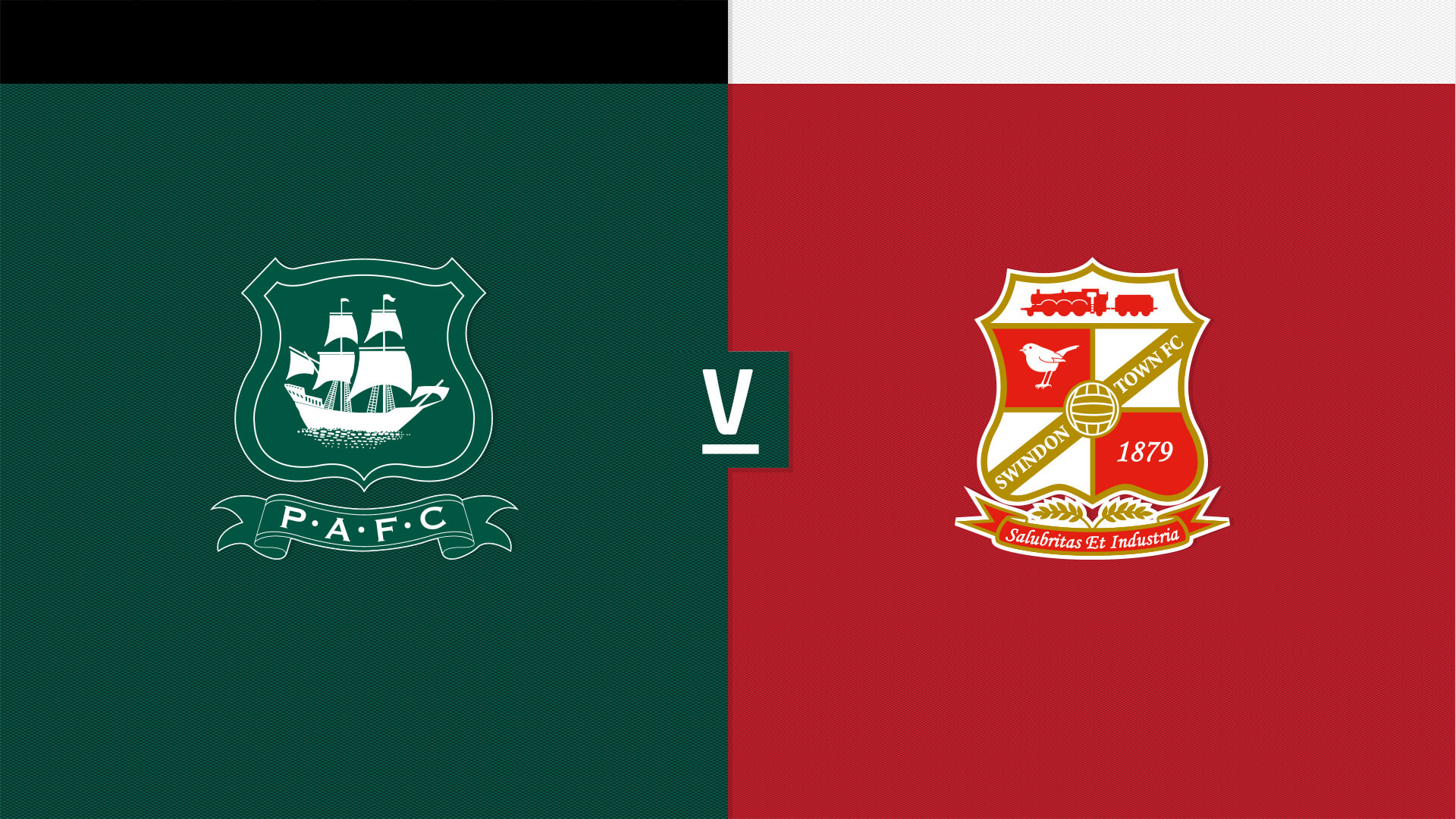 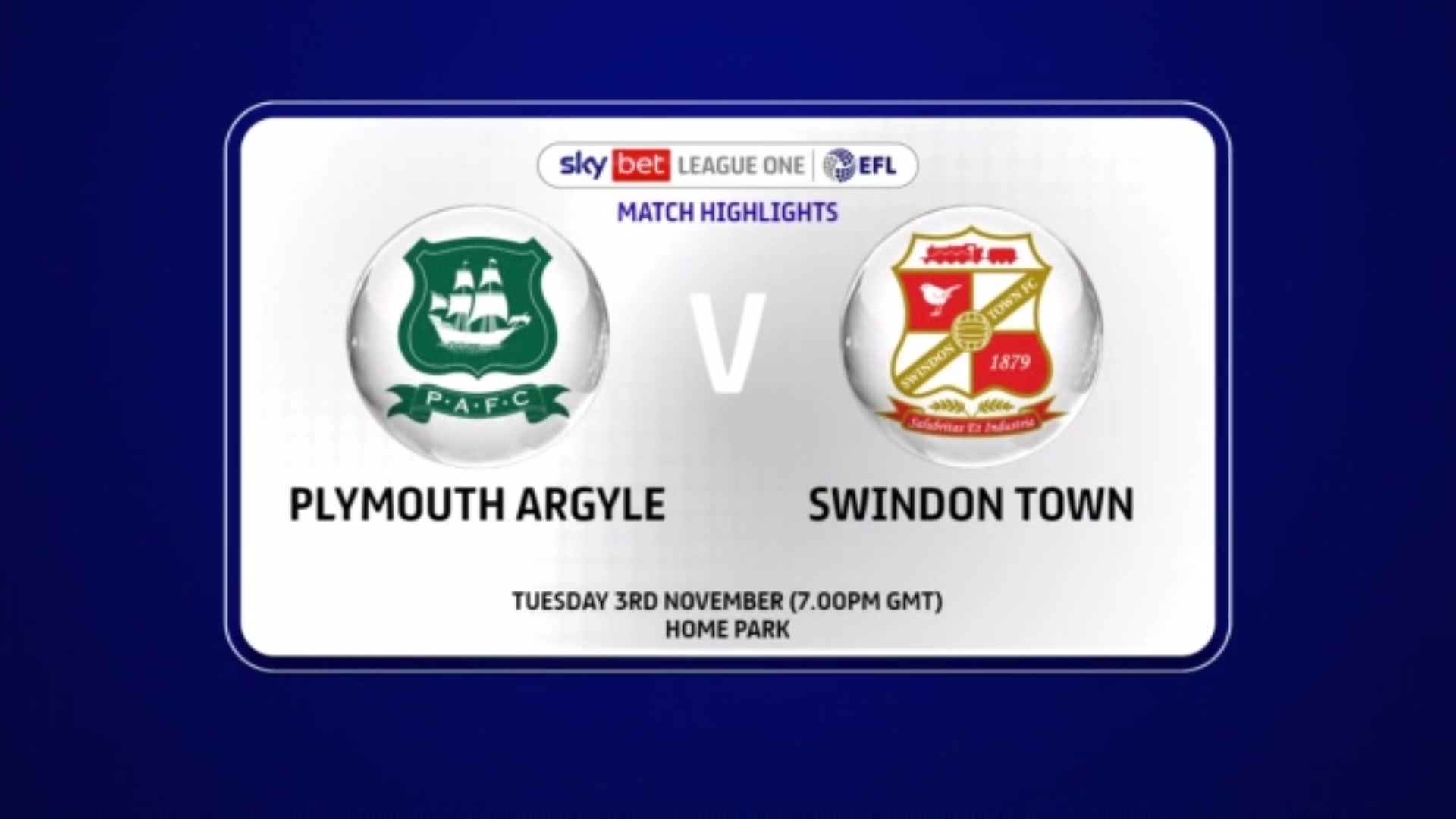 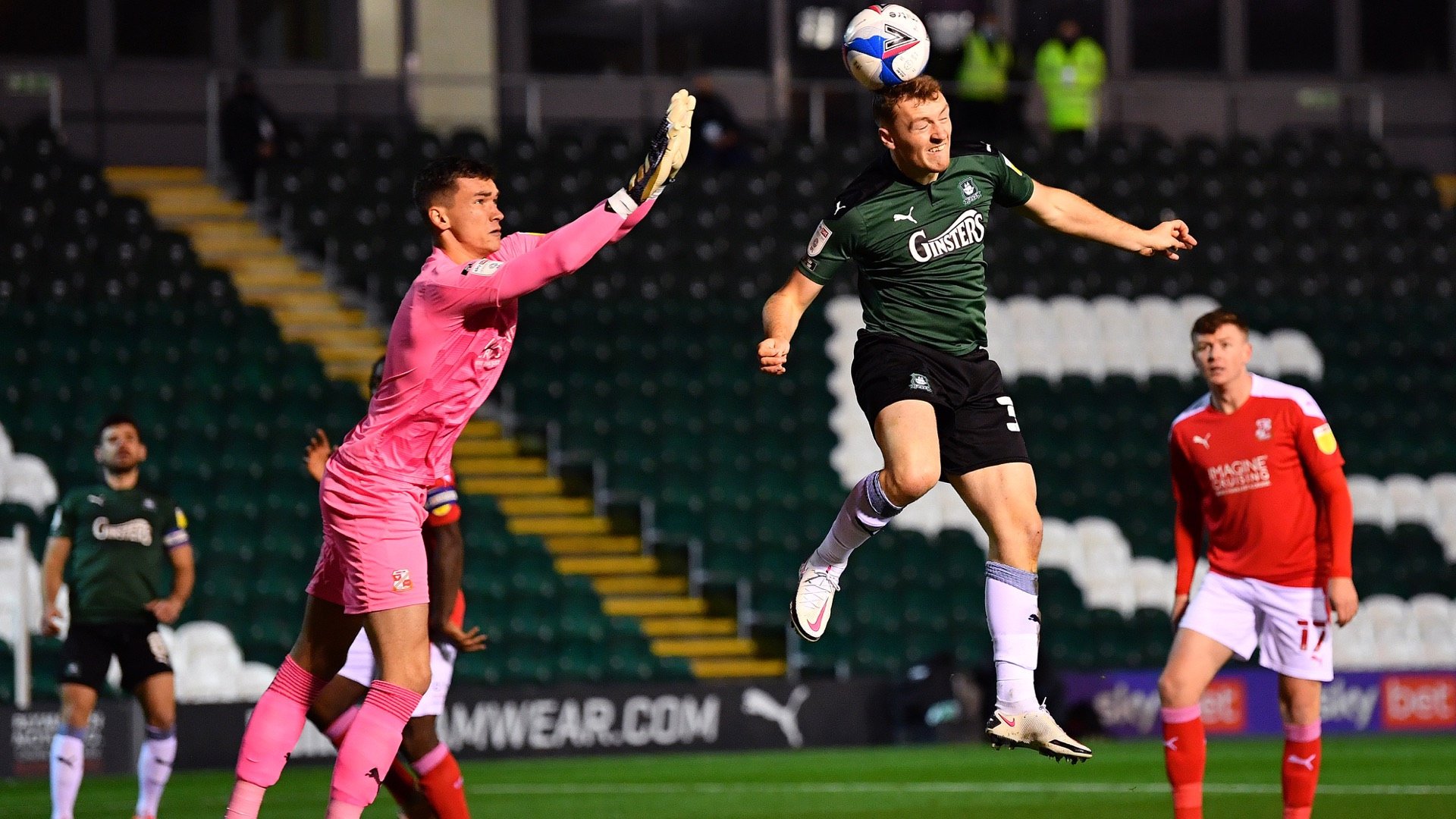