Argyle bowed out of the EFL Trophy with a 2-0 defeat inflicted by the boots of a former favourite.

Reuben Reid came through the Home Park youth system, scored 50 goals in three separate spells as a Pilgrim and it was his two second-half strikes that consigned the Greens to a 2-0 loss.

A young Argyle side had controlled the first period and created a number of chances to lead their hosts but were ultimately punished in an improved second half from Cheltenham.

Argyle manager Ryan Lowe gave his team a complete refresh from the narrow weekend loss at Hull City, with only Scott Wootton and Ryan Hardie staying in the starting 11.

Jack Ruddy started in goal behind a back three of Will Aimson, Wootton and 16 year-old Academy scholar Brandon Pursall. Joe Edwards and Ryan Law occupied the wing-back positions, with Dom Telford partnering Hardie in attack.

The midfield trio contained debutant Tyrese Fornah on loan from Nottingham Forest, a full debut for Ben Reeves as part of his return to full fitness and a special night for birthday boy Klaidi Lolos.

Cheltenham boss Michael Duff also rung the changes from the weekend win at Leyton Orient, with goalkeeper Scott Flinders making his first appearance since a double leg-break in January and a debut for Cardiff loanee Tom Sang.

Argyle assistant manager Steven Schumacher was on touchline duty and he was soon applauding the troops after Reeves intercepted a loose Cheltenham pass and released Hardie for a low shot that Flinders did well to turn away from danger.

Having made a crunching tackle on Elliot Bonds in the opening exchanges, Fornah then displayed his midfield composure with some impressive passing and positioning in the engine room. It was an assurance replicated by teenager Pursall, who started the game with admirable calmness.

The pace and trickery of Alex Addai conjured a first chance for Cheltenham on 15 minutes, as he threaded a pass to Reid for a sharp turn and shot that was matched by an equally sharp save from the fists of Ruddy.

Argyle swiftly switched the emphasis back up the other end of the pitch and a deft chipped pass from Reeves found the outstretched leg of Hardie, who scooped the ball in the air but Edwards was unable to get a true connection on a volley from right edge of the box.

A clever run into the left channel gave Hardie his second one-on-one situation with Flinders, and the custodian just got enough on the effort to send it looping over the bar. A training ground from the routine from the subsequent created room for Lolos to squad a low pass to Hardie but the lively Scot was unable to find the target.

The Pattern of Pilgrim control continued through a confident opening half-hour and another delicious pass from Reeves picked out the run of Telford, who steered the shot wide after turning inside on his left foot.

Cheltenham, for their part, were full of running in attacking areas but there was a sense of control in the Argyle defensive unit, ensuring no real menace was allowed to penetrate for a test of the Ruddy reflexes.

The game lacked clear opportunities in the minutes leading up to half-time and Argyle went into the break having dominated possession, without adding the final touch to some pleasing build-up work.

The Robins made one pre-planned half-time change, withdrawing Flinders to give young goalkeeper Max Harris a debut, although his opposite number Ruddy was first on duty, comfortably snaffling an Alfie May effort.

Ruddy had to work a lot harder for his next intervention, tipping over a decent shot on the turn from Reid. Argyle released the very loose shackles with a break down the right and Edwards won a corner, which eventually found Hardie on the opposite for a pass back inside to Lolos, who steered his shot narrowly too high.

The Cheltenham riposte was to break the deadlock on 56 minutes, with Reid latching on to a stray Pilgrim pass before executing a couple of deft dummies in the box and planting a fine left-foot finish into the top corner from 15 yards.

Joe Edwards attempted an instant reply with a long-range curler that proved no problem for Harris. Argyle then made their first change on the hour, replacing Lolos with Conor Grant, quickly followed by George Cooper coming on for Law.

Grant displayed his class with a fine turn in midfield and a pass wide for Edwards but his effort was deflected, and the corner was headed clear by Reid. Edwards was soon back involved, standing up a cross for Hardie but he was unable to generate enough pace on the header to trouble Harris.

Argyle were turning the screw in search of the goal needed to retain their Trophy interest for this season, as a cross from Cooper was palmed clear by Harris. Cheltenham came back with a corner of their own that caused brief concern before the loose ball was slammed well over the bar.

The Pilgrims were back in the ascendancy, as a surging run and cross from Edwards fell to Cooper for a shot that spun off the outside of his left boot and away to safety.

Argyle’s race was run from the next Cheltenham attack, with Reid picking up the ball on the left edge of the area and jinking inside for a delightful low finish inside the far post.

Cooper tried to reply with a free-kick flicked a yard wide and Argyle made their final change of the night, withdrawing Reeves for Jerome Opoku.

Cheltenham had a chance to rub salt in the Green wound when substitute George Lloyd raced clear but he dragged the shot wide and it was the final act of a disappointing evening. 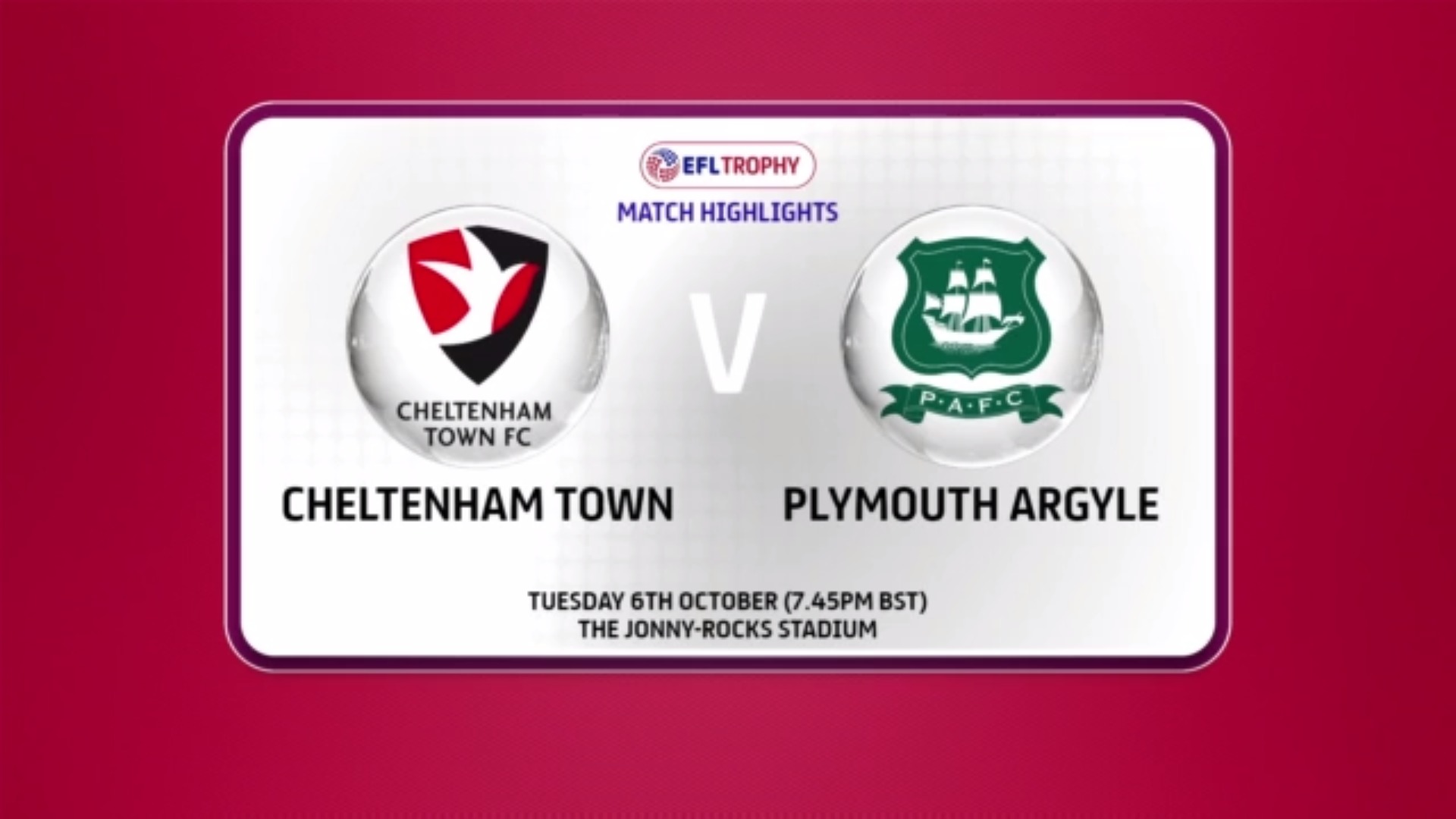 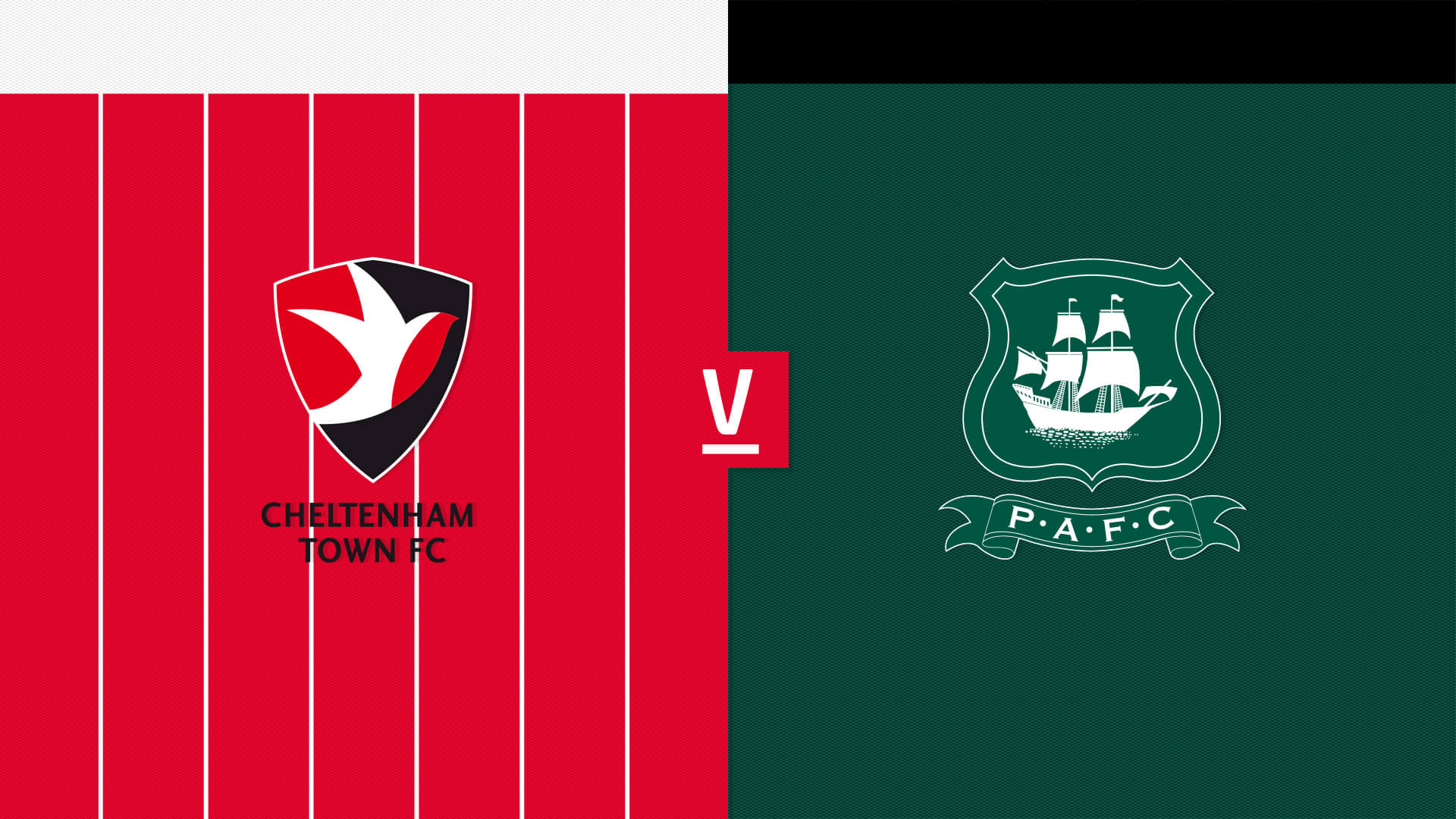 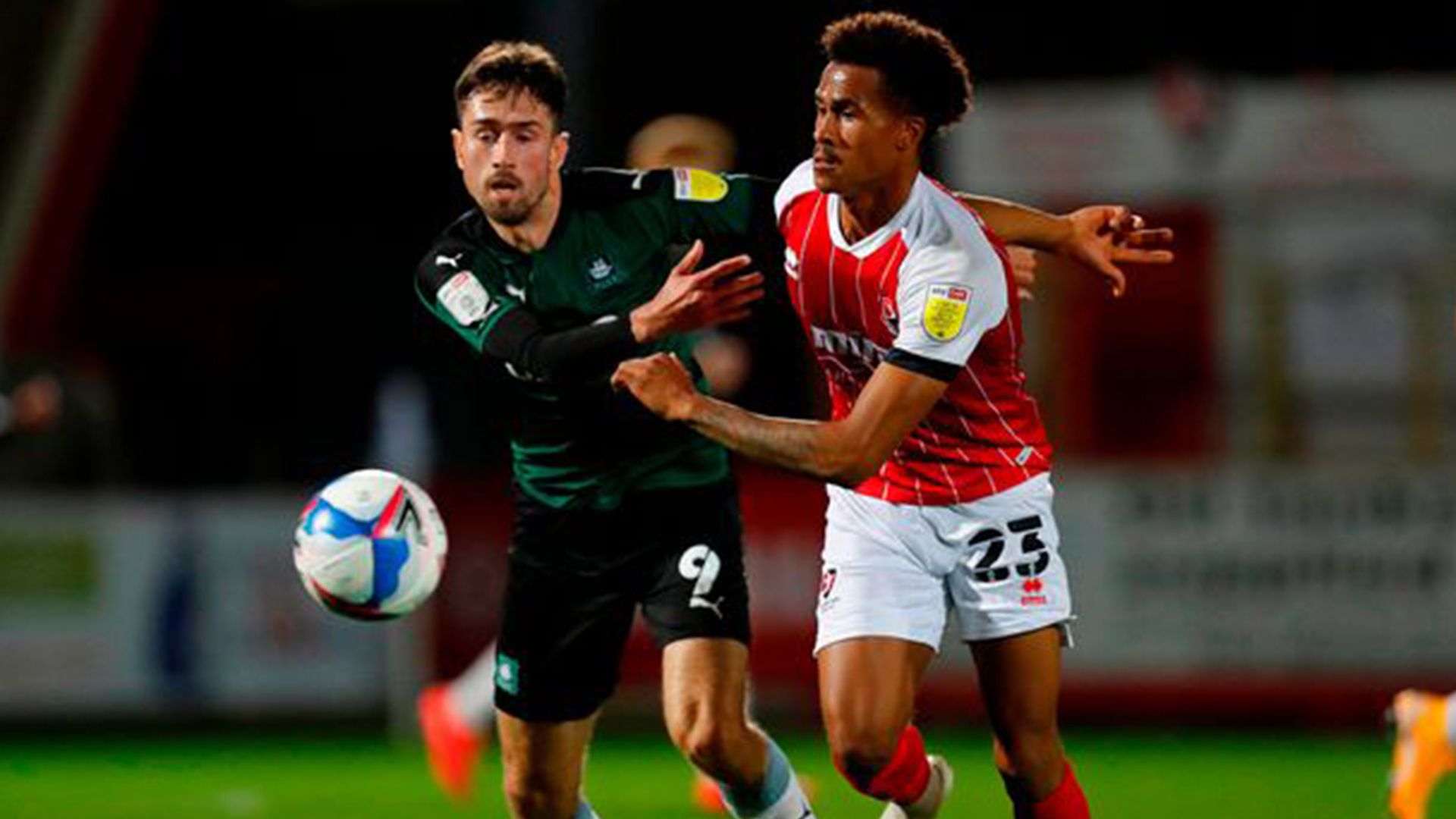