Argyle head to the Breyer Group Stadium on Tuesday night looking to extend their encouraging start to the 20/21 campaign against Leyton Orient.

NEXT UP: Leyton Orient v Argyle


Argyle are back in action on Tuesday night, when they make the trip to face Leyton Orient in the Carabao Cup second round.

IT was a night of huge frustration for Argyle in East London, as the Pilgrims relinquished a 2-0 half-time lead to go down 3-2 at Leyton Orient.

Goals from Panutche Camara and Kelland Watts had set the Greens on course for a Home Park meeting with Tottenham Hotspur next Tuesday, but a chink in the armour arrived through a Louis Dennis goal for the O’s early in the second period.

The evergreen Jobi McAnuff drew the home side level on 74 minutes and both sides created openings to grab a late winner before Danny Johnson completed the turnaround with a decider in the final minute.

In Argyle’s first away game of the campaign, manager Ryan Lowe made four changes from the weekend win over Blackpool. Byron Moore came in for Joe Edwards and Camara replaced Conor Grant in midfield.

There was a brand new strike-force, with Luke Jephcott missing out through injury and Frank Nouble given a rest on the bench. Dom Telford partnered Ryan Hardie, who was ineligible against his parent-club on Saturday.

A superb first week of the season for Leyton Orient has yielded three straight victories, starting with Forest Green in the Carabao, Brighton Under-21s in the EFL Trophy and then a last-gasp winner from Johnson gave Ross Embleton’s men a 1-0 success at Oldham in the Sky Bet League Two opener.

There was a double change in the full-back positions for Orient, with Jordan Thomas and Joe Widdowson replacing James Brophy and Sam Ling, son of former Torquay and Swindon manager, Martin Ling.

A sharp start from the Greens saw Danny Mayor and Lewis Mcleod combine in the midfield, creating room for the ball to be shifted wide to Moore, who saw his fizzed cross well cleared by Josh Coulson in the home defence.

Orient responded by pinching the ball at the other end and space opened up through the middle for Maguire-Drew, who attempted a side-footer into the far corner but, just like the Blackpool forwards, he found Mike Cooper in fine form between the Argyle sticks. Moments later, Cooper dived low to tip wide a shot from Cypriot forward Sotiriou.

The O’s continued their decent early work and a teasing cross from Dennis very nearly picked out the onrushing Lee Angol. A ragged pass from Camara then presented the ball to Sotiriou, who immediately fed it inside to Maguire-Drew, who swivelled and struck a 20-yarder narrowly wide.

A slick Orient move created space for a cross from the right on 17 minutes and the low cross was palmed clear by Cooper to Maguire-Drew, who instantly returned the shot goalwards but, again, the young Pilgrim custodian was in the right place to block.

It was a reprieve that gave Argyle the impetus to snatch the lead at the other end and massive kudos to Hardie for two extravagant dummies completely fooling the Orient defence before releasing Camara to slot in his first goal in Green.

The Pilgrims suddenly had their swagger back, as super work from Mayor and Moore conjured a chance for the lively Hardie to steer a terrific effort beyond Chilean goalkeeper Lawrence Vigouroux, but the ball cannoned against the home crossbar.

George Cooper joined the fun with a drilled low cross that was a fraction beyond the outstretched boot of Hardie, although Orient remained keen in attack, with another Sotiriou strike turned over by the impressive Mike Cooper.

The pace of Moore continued to be an outlet down the Argyle right, as another surging run led to a clipped cross that just evaded Telford. Orient broke swiftly but when the ball fell to Maguire-Drew, his shot was brilliantly blocked by the retreating Mcleod.

Argyle responded with a stunning counter of their own, with George Cooper passing to Mayor, who jinked his way to the edge of the box before slipping the ball into the path of Watts marauding forward from defence, and the man on loan from Newcastle guided a superb low finish into the far corner.

Orient, to their credit, came back with a Sotiriou clipped shot against the bar but the general pattern was all about Argyle controlling possession and Mayor, in particular, pulling the strings across Brisbane Road.

For his final trick of the first period, Argyle’s number 10 laid a neat pass back for Telford for a shot from 16 yards that forced Vigouroux into a sharp low save. Less than a minute later, the Orient custodian was blocking with his legs to deny Hardie as Argyle threatened to kill the contest before half-time.

The hosts had no choice but to launch forward in the second period and a positive start to that objective came from a drilled cross by McAnuff that was well defended by the alert Pilgrims.

Embleton dipped into his replacements on 51 minutes, withdrawing Coulson for Brophy, but the momentum remained with Argyle, as Mayor teased through another chance for Telford, who shaved the far post with a low effort that had beaten the onrushing Vigouroux.

From nowhere, a half-cleared corner from Orient was returned to Maguire-Drew in the right channel and his instant cross found Dennis at the far post for an assured finish into the roof of the net.

The Pilgrims suddenly needed to be careful and Mike Cooper was in the right place to grasp a Sotiriou drive from the reinvigorated hosts. Cooper then denied the same foe moments later to keep the lead intact.

Dayton for Dennis was the next Orient change on the hour and Argyle’s first switch was to remove Telford for Nouble, with the Pilgrims looking to reassert their control on proceedings. George Cooper took on that mission by cutting inside from the left and a rising drive with his right-foot was well tipped over by Vigouroux.

Much to Argyle’s frustration, the search for control took an unwanted twist as McAnuff surged on to a ball over the top and, with Cooper racing off his line, the former Premier League midfielder cushioned a lob over the advancing ‘keeper and into the empty net.

Lowe immediately threw on Edwards for George Cooper and Argyle calmed the home enthusiasm with a spell of keep-ball before another clever ball from Mayor found Moore for a shot dragged wide.

Orient conjured their own threat at the other end with a jinking run and cross by Maguire-Drew that was cleared to Josh Wright for an audacious volley sent inches past the top corner. Argyle came back with a slick move between Mayor and Moore again, but the O’s charged down the final shot from Hardie.

Grant replaced Mcleod for the final five minutes, as the Greens sought to increase their tempo for one last push. Mayor had a shot deflected wide on 89 minutes but Nouble was crowded out from the resultant corner.

Maguire-Drew responded with a low drive turned wide by Cooper but the game was then decided in the very last seconds, when a ball in the channel found Johnson for a run in behind and he rifled an assured finish into the bottom corner, ending Argyle’s Carabao Cup journey for this season.


Argyle head to the Breyer Group Stadium on Tuesday night looking to extend their encouraging start to the 20/21 campaign against Leyton Orient.

NEXT UP: Leyton Orient v Argyle


Argyle are back in action on Tuesday night, when they make the trip to face Leyton Orient in the Carabao Cup second round. 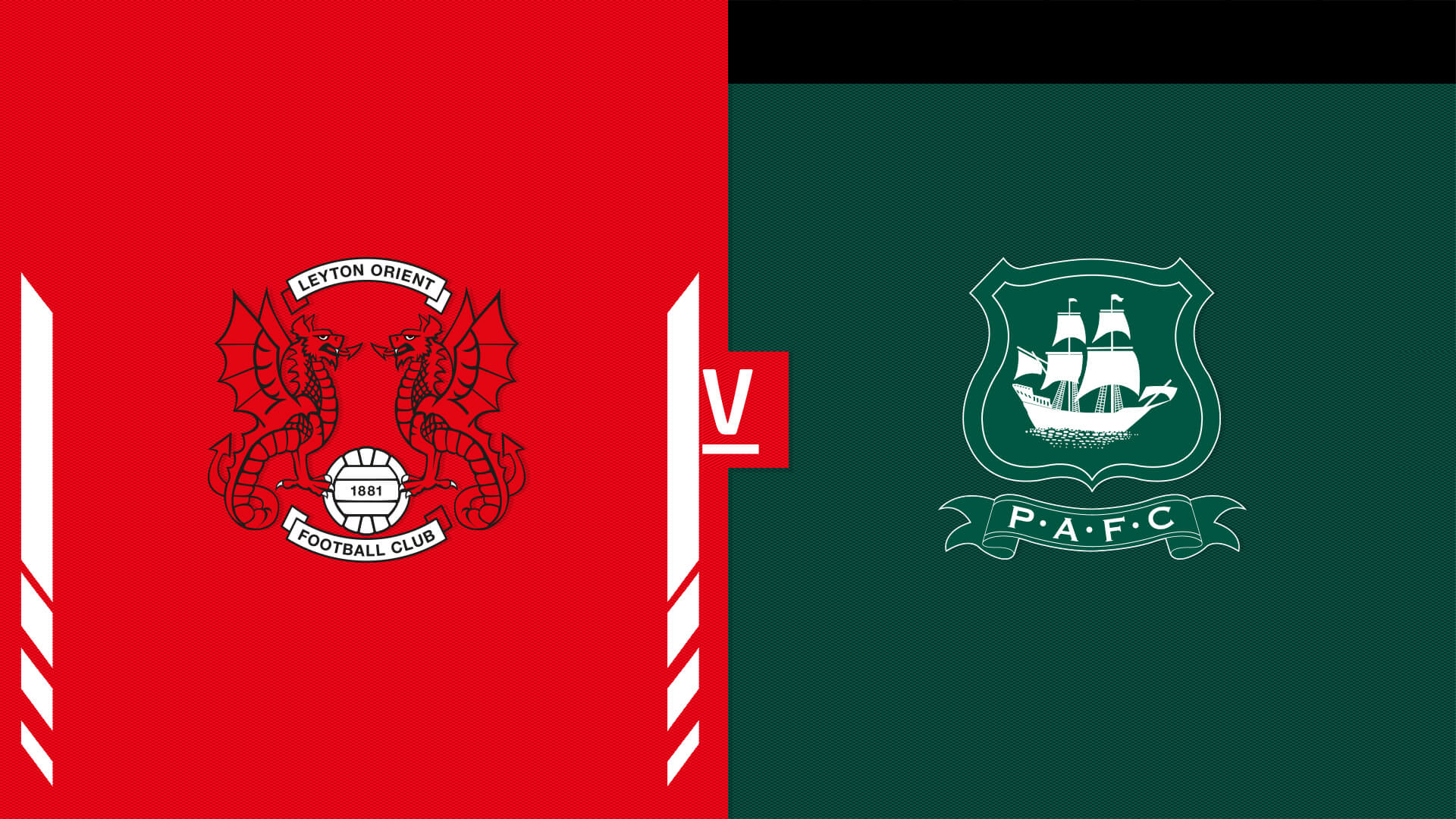 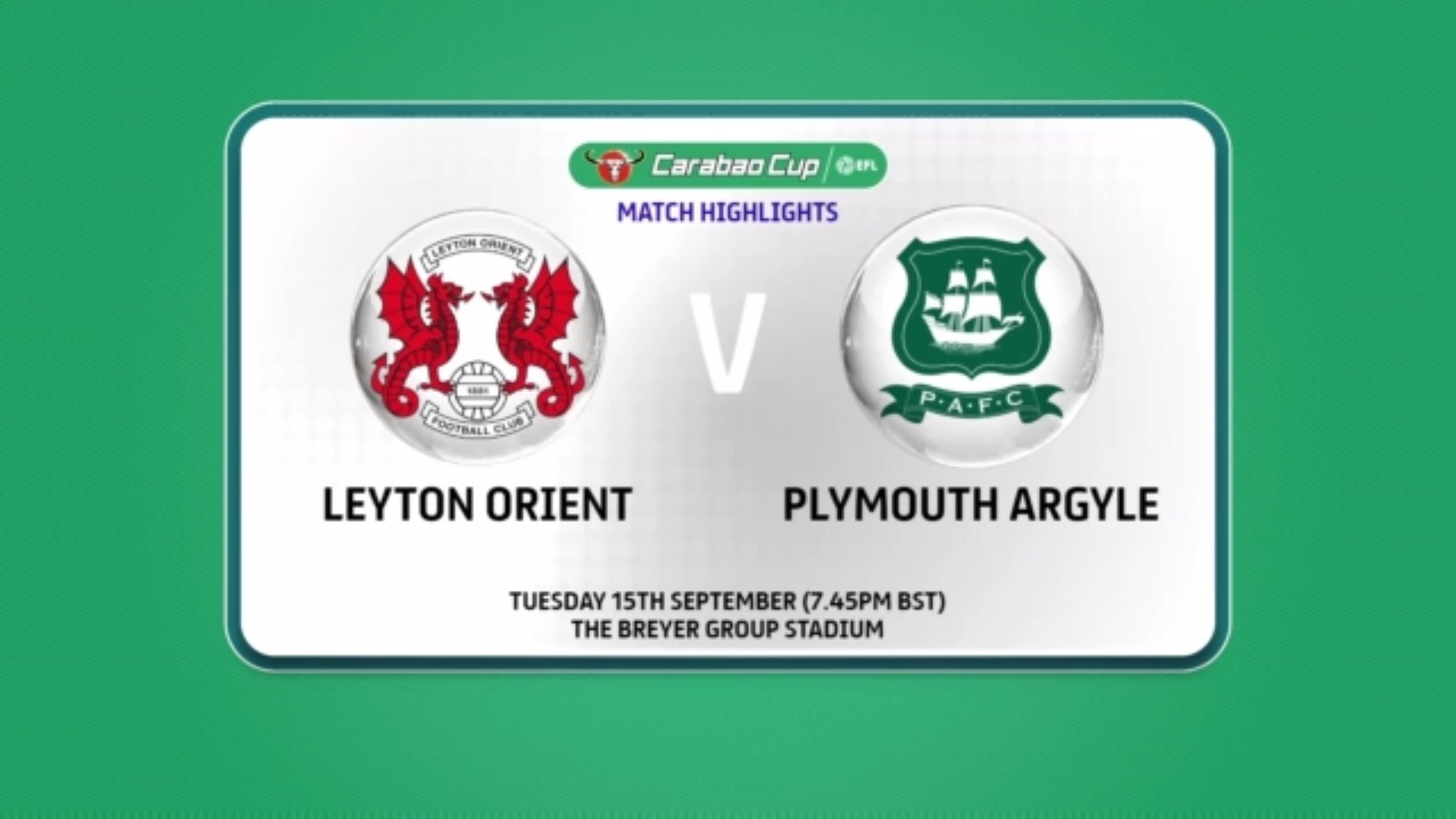 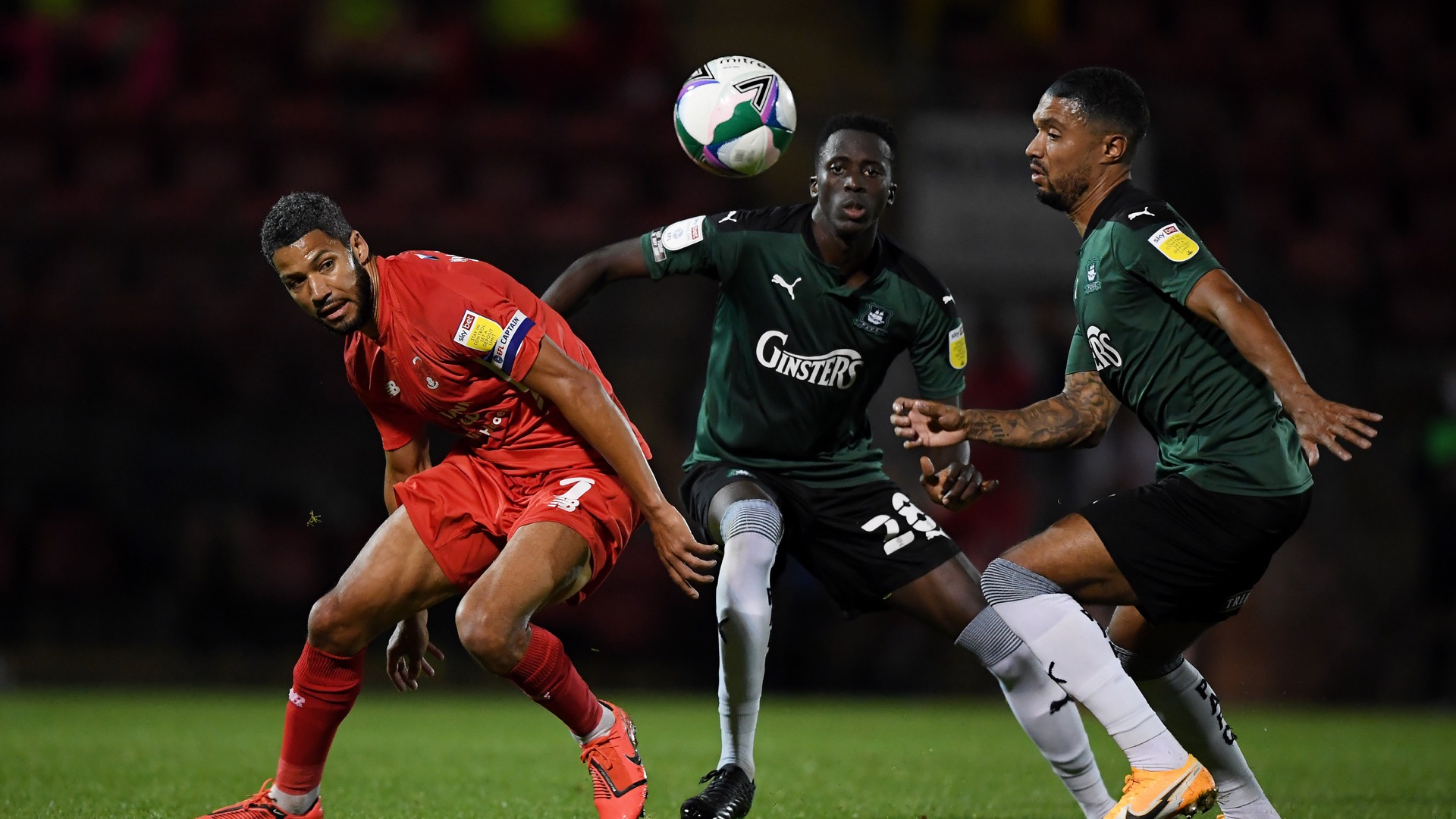