Two Academy graduates grabbed the Home Park headlines in a fabulous start to the new season for Argyle in Sky Bet League One.

Luke Jephcott was the first homegrown hero, heading in what proved to be the only goal on just three minutes against a very dangerous Blackpool outfit.

The Pilgrims played with poise in attacking areas and defended superbly when required, but, on the few occasions the rearguard was breached, Mike Cooper produced some brilliant saves to keep his goal, and the points, intact.

A 3-2 scoreline has been the popular theme for Argyle in the opening week, defeating QPR by that result in the Carabao Cup last weekend before just being edged out in a five-goal thriller at home to Norwich City in the EFL Trophy.

Apart from one exception, Argyle manager Ryan Lowe returned to the QPR selection, with Ryan Hardie ineligible to play against his parent-club and Jephcott the readymade replacement. On the Pilgrim bench, newly-signed goalkeeper Jack Ruddy came in for apprentice Tyler Coombes and Byron Moore replaced Adam Randell.

In a strange twist of circumstances, the first two games of the Blackpool season ended in a penalty shoot-out after 0-0 draws. The Tangerines were on the wrong side of the shoot-out lottery in the Carabao Cup at Stoke but prevailed on penalties at home to Barrow in the midweek EFL Trophy.

Blackpool boss Neil Critchley, like his Argyle counterpart, made a number of changes for the Trophy but his Home Park selection was back to the Stoke formula, making just one switch from that team in the form of Demetri Mitchell replacing James Husband at left-back.

It took just over two minutes for the Pilgrims to register their first goal in Sky Bet League One and it all stemmed from clever work on the left by Danny Mayor earning an early corner.

The deep delivery was chased down by Will Aimson, up to add his aerial presence, and he forced over a whipped cross for Jephcott’ stooping header at the near post, expertly steered beyond the grasping reach of goalkeeper Chris Maxwell and into the far corner of the net.

Jephcott was also through on goal from the next attack, Aimson again providing the assist, this time with a driven ball over the top. Michael Nottingham misjudged the bounce and Jephcott had the chance to shoot but a moment of hesitation allowed the recovering Blackpool defender enough time to redeem his error.

A customarily superb delivery from a George Cooper free-kick nearly picked out Aimson for a second goal on 11 minutes, as the Greens continued piling forward against a Blackpool side struggling desperately in the face of a Pilgrim onslaught.

The Tangerines mustered their first shot in anger on the quarter-hour but Grant Ward’s half-volley was far too high to trouble Mike Cooper. Sullay Kalkai then curled a speculative effort well wide in a mildly improved spell for the visitors.

The game had settled into a calmer rhythm after Argyle’s blistering start but Blackpool forged their best opportunity of the first period when CJ Hamilton surged into the right channel for a low shot. Thankfully for Argyle, Mike Cooper got enough of a hand on the effort to turn it wide.

A cross from Hamilton then drifted toward the back post for Jerry Yates to stretch his neck muscles and Argyle were grateful to see the glancing header slip beyond the far post, and away to safety.

Kaikai produced more good work from Mike Cooper just past the half-hour, with a curling low free-kick that forced the young custodian into a decent save diving to his left. If that was decent, Cooper’s next block was outstanding, brilliantly repelling a low shot from Hamilton after he had been released by a defence-splitting pass.

Lowe had to prematurely shuffle his pack five minutes before the break, when Conor Grant hobbled off with what appeared to be a muscle injury, providing an opportunity for summer signing Panutche Camara to make his league debut in the Argyle engine room.

Birthday boy Scott Wootton was on hand to hack the ball clear after more good work on the right from Hamilton moments before the interval to complete a satisfying first 45 minutes of the new league campaign for Argyle.

The excellent Aimson started the second period with a different kind of intervention to the one he produced at the opening of the first, throwing his body in front of what looked a certain goal for an incredible block after a Blackpool corner had only been half-cleared.

Argyle were forced into a second substitution just two minutes after the interval, with Dom Telford replacing Jephcott, who was presumably unable to shake off a knock received before half-time.

The Pilgrims found their attacking impetus with some bewildering footwork from Mayor leaving two Blackpool defenders on the floor but the eventual cross looped up kindly for Maxwell to snaffle the danger.

The visiting ‘keeper instantly launched the ball forward and Argyle were seriously on the back-foot with Hamilton again proving a menace but the irrepressible Aimson, who had been forward for the previous attack, appeared from nowhere to slide the ball clear.

The influence of Mayor was increasingly important for Argyle, as Blackpool struggled to find an answer to his sublime control on the left-wing, where he was combining beautifully with the extensive passing range of George Cooper.

Blackpool tried to respond with a spell of controlled possession but any goal-threat was thwarted in quick succession by blocks from Joe Edwards and Camara. When the Seasiders did find an avenue of danger, good hands from Mike Cooper collected a Hamilton cross.

Lowe made his final change with 20 minutes left on the clock, introducing Moore for George Cooper, while Jordan Williams replaced Mitchell for the visitors.

The brilliance of Mike Cooper was back to the fore from the next Blackpool foray, as a loose ball fell to Keshi Anderson and his side-foot curler was heading for the corner before Argyle’s young ‘keeper sprung full-length to palm the ball around the post.

At the other end, Frank Nouble used his pace and power to surge into the left channel and a driven cross was punched out for a corner by Maxwell. Blackpool just about cleared the subsequent set-piece and then made their second change of the afternoon, withdrawing Kaikai for Dan Kemp.

Legs were beginning to look weary in the September sunshine as the game entered the final 10 minutes, with Argyle, led by the courage of Aimson, defending stoutly against a Blackpool side understandably throwing more men forward in search of an equaliser.

After another superb clearance from Wootton, Blackpool’s last throw of the dice was to bring on Bez Lubala for Keshi Anderson, as the fourth official indicated a minimum of five remaining.

The Pilgrims found some respite with a lung-bursting run and delicious pass over the top from Camara picking out Telford, who saw his effort deflected over for a welcome time-consuming corner.

Argyle maintained the incredible effort and commitment to the final second, securing a perfect start to life in Sky Bet League One. 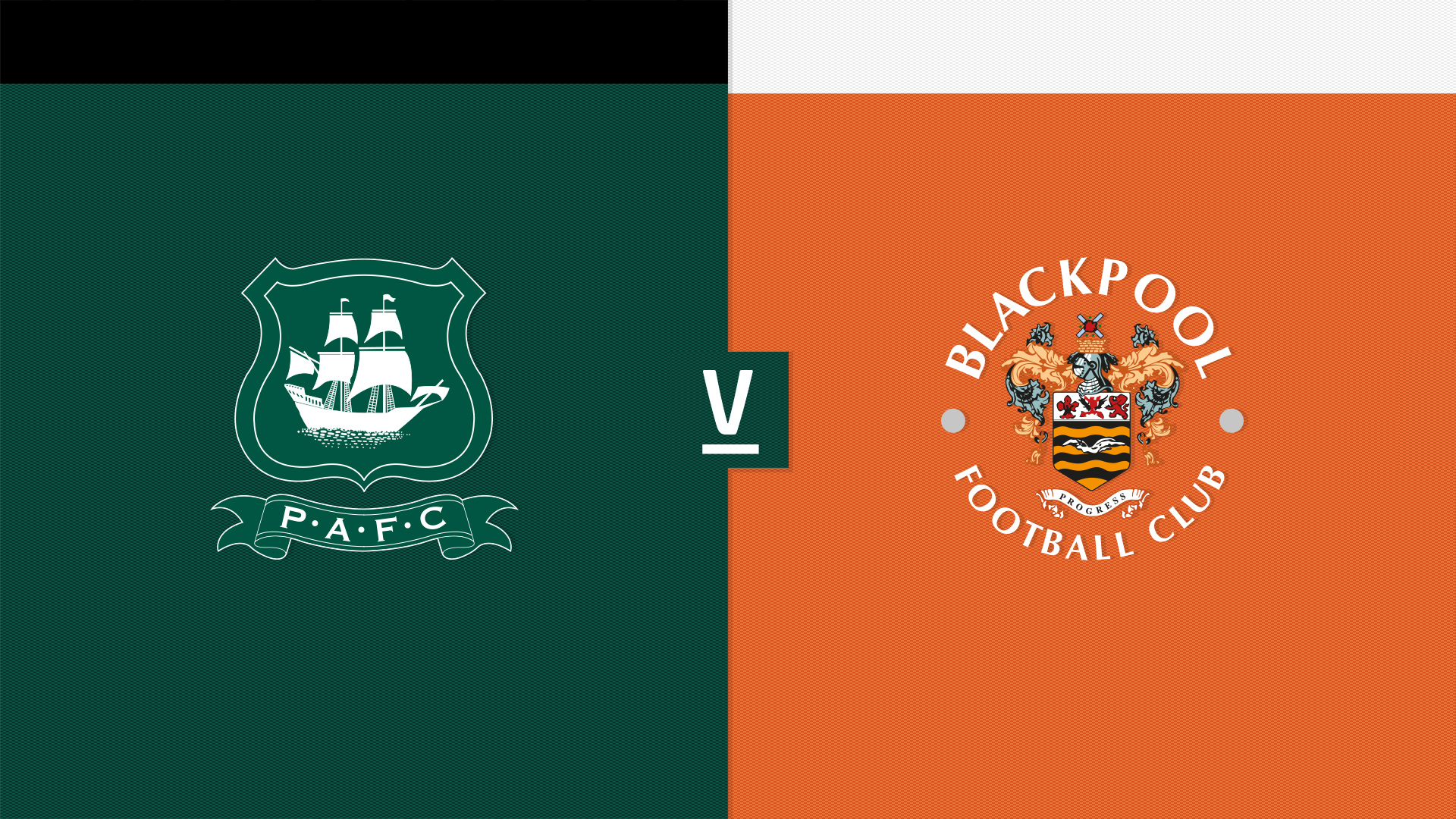 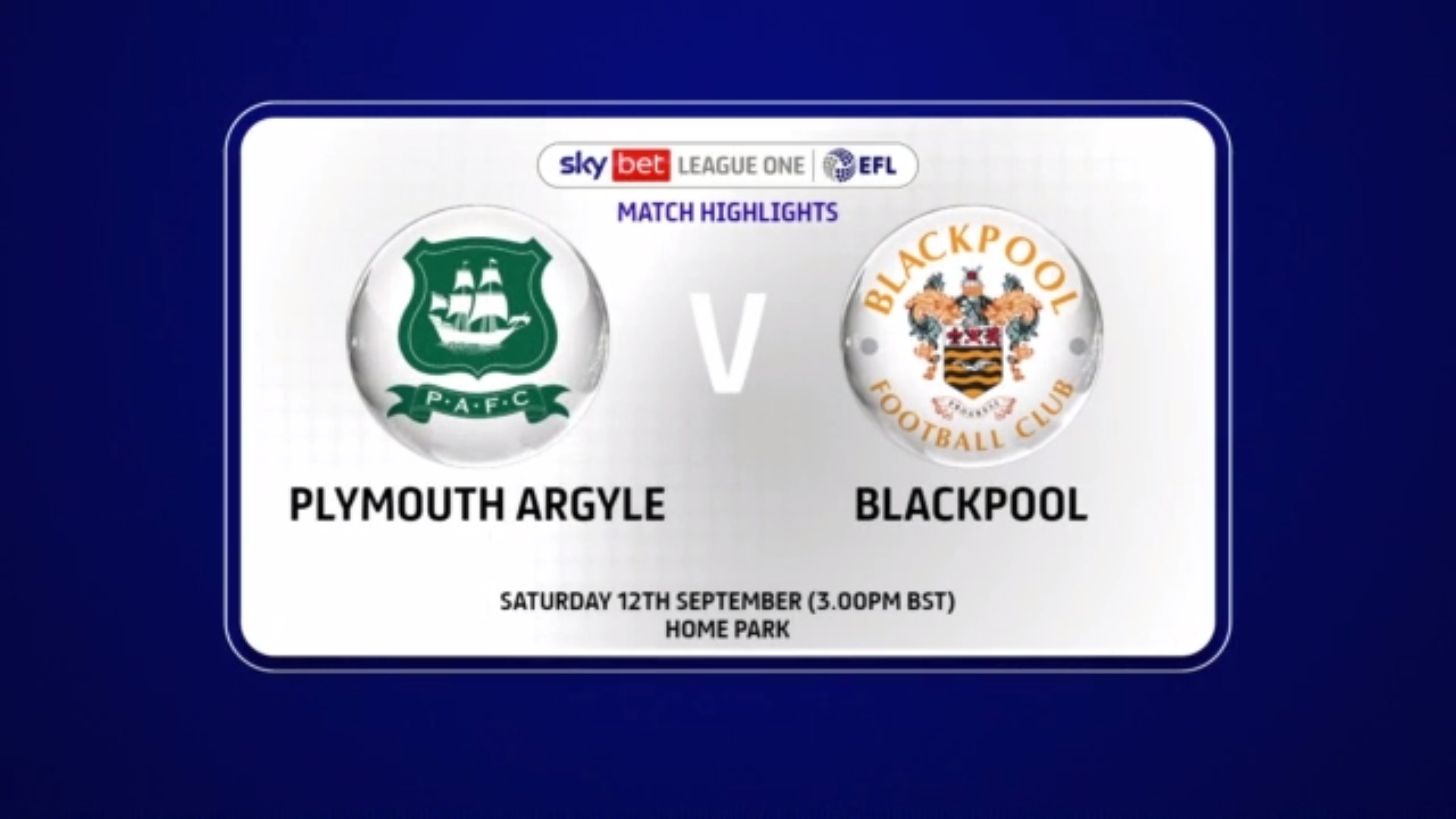 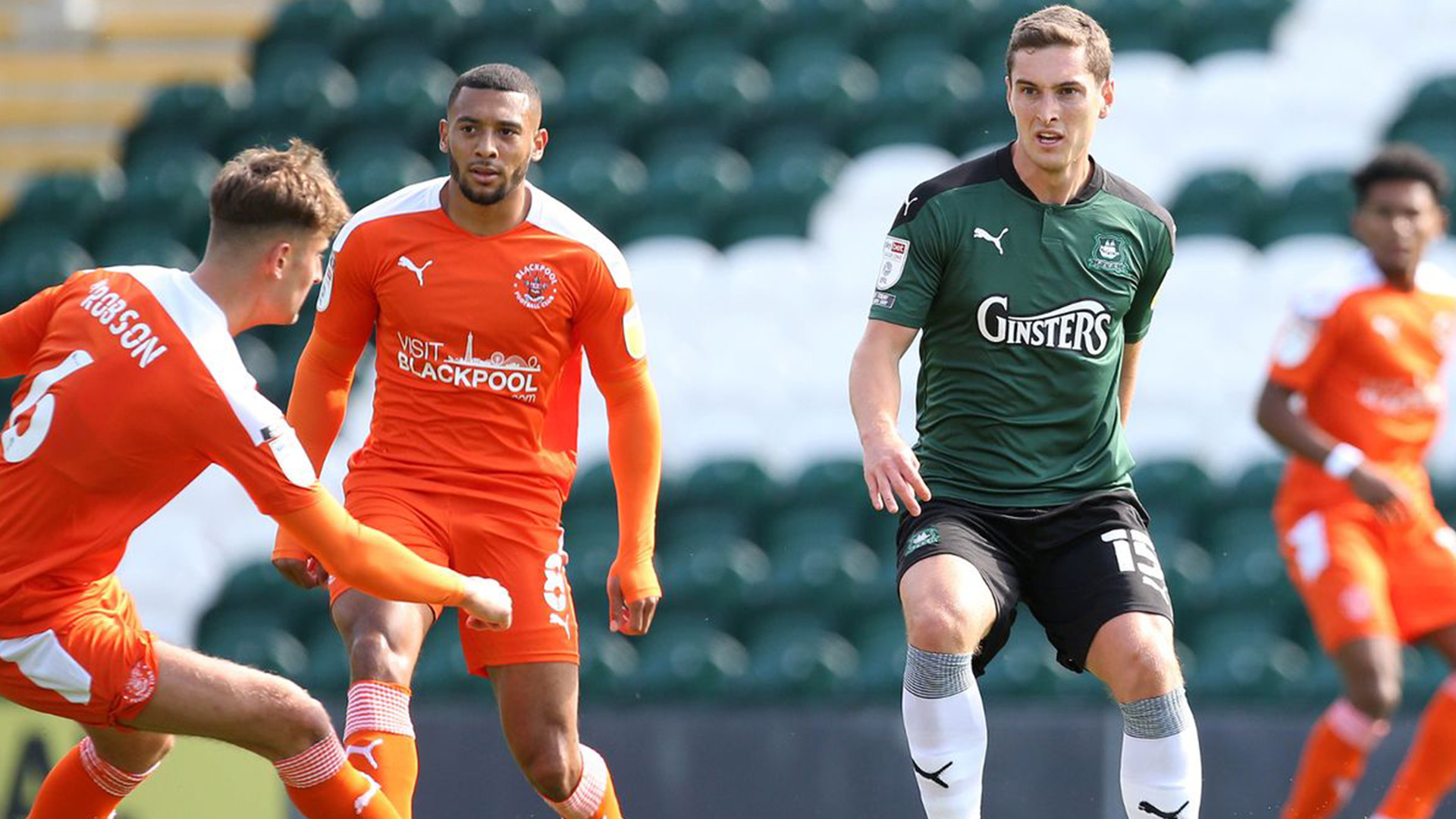