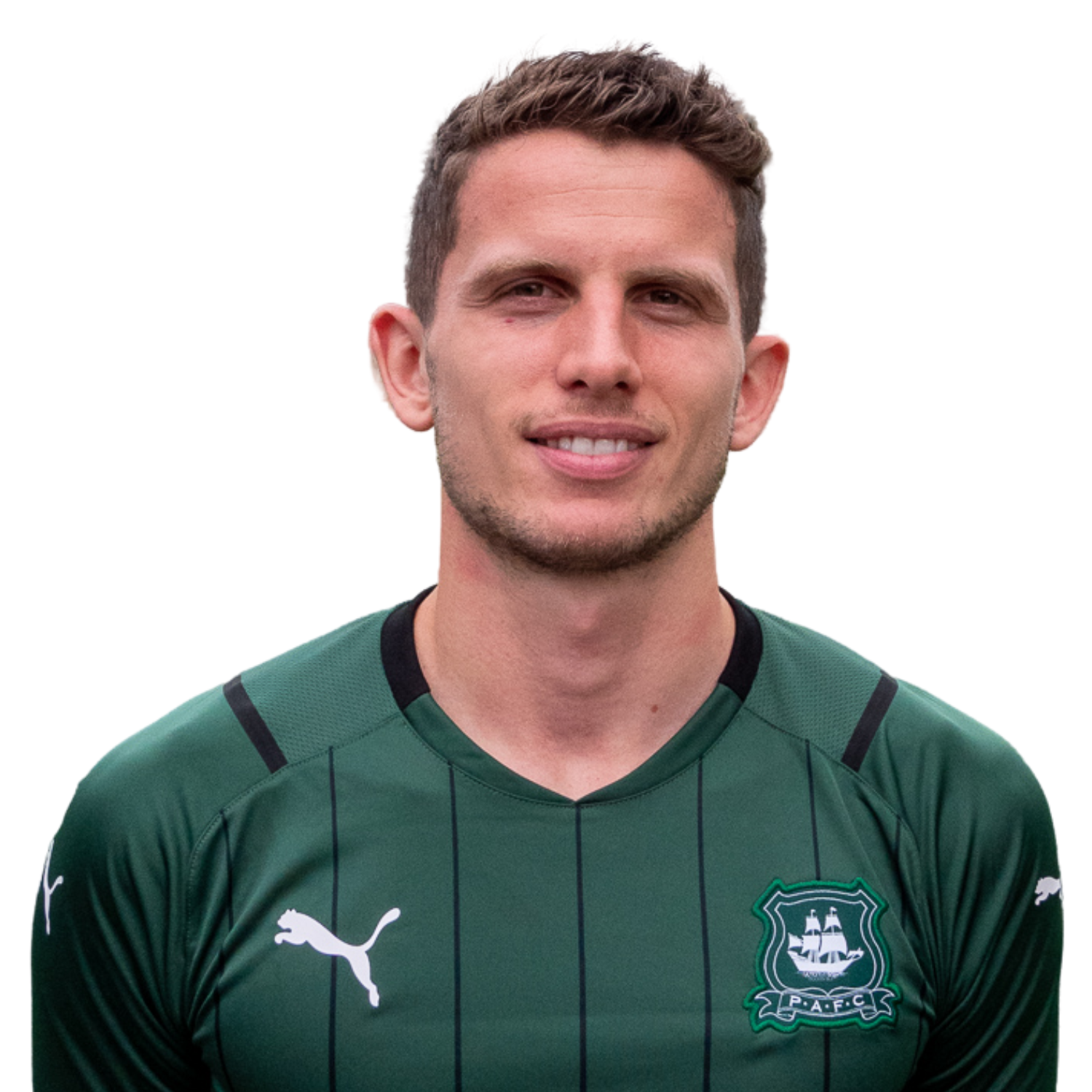 Midfielder Jordan Houghton re-joined Argyle at the start of the 21/22 season, five years after a previous loan spell at the club.

He initially joined the Pilgrims in 2016 from Chelsea as a 20-year-old, scoring one goal in 10 matches as Argyle reached the Sky Bet League Two play-off final.

A knee injury interrupted his time at Home Park, but he regained fitness to make the squad for the final at Wembley – but didn’t play a part.

After leaving Argyle, Jordan spent two seasons on loan at Doncaster Rovers, where again injury hampered his progress. Donny ended up gaining promotion that season and Houghton’s performances impressed the club enough to offer him another loan the following season.

The former England under-20 international then made a permanent switch to Milton Keynes Dons where he played over 100 times for the club – winning promotion in his first season at Stadium MK.