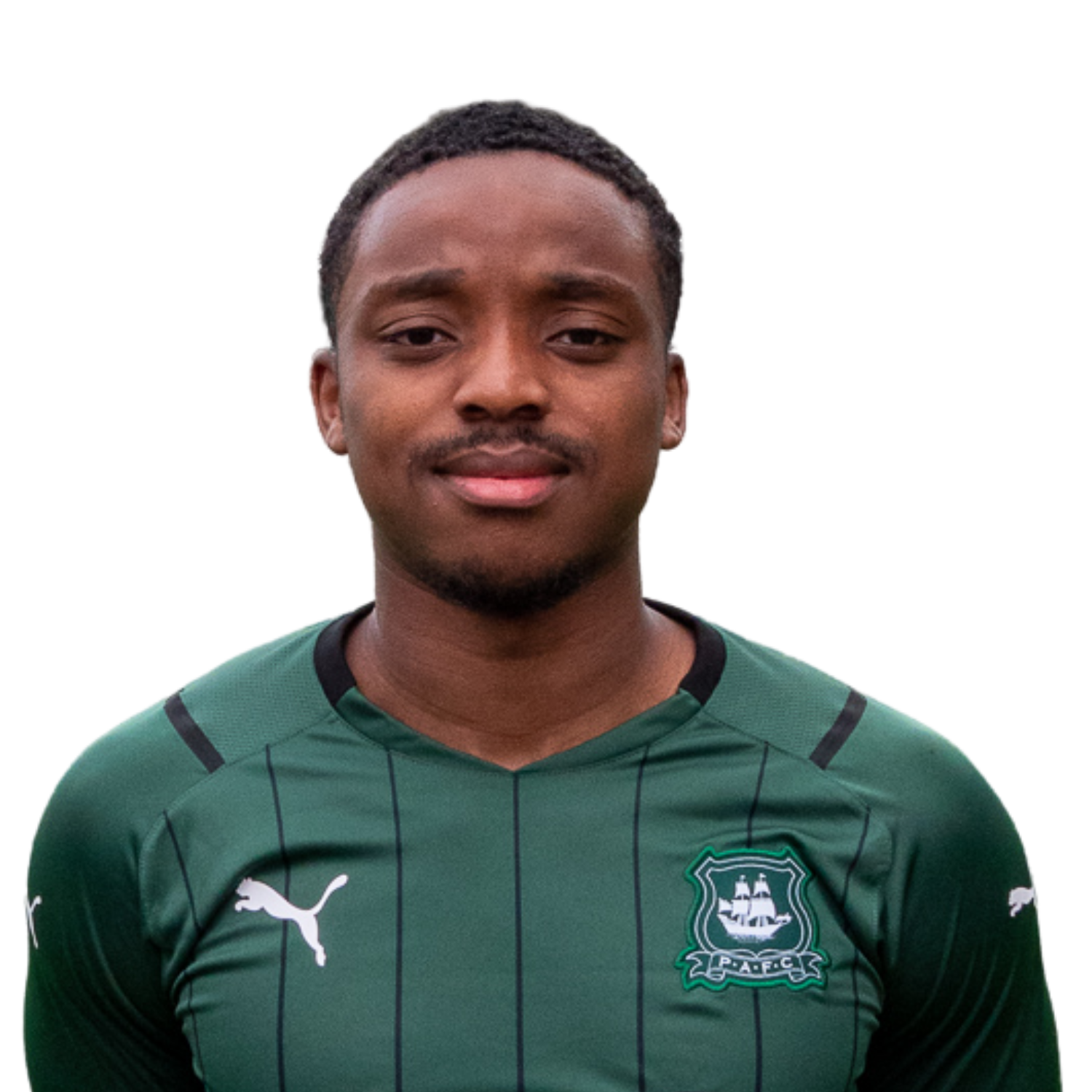 Striker Niall Ennis joined Argyle on a two-and-a-half-year deal from Wolverhampton Wanderers in January 2021. He immediately made an impact in a Green shirt scoring on his home debut, getting the equaliser in a 2-2 draw with Accrington Stanley.

He went on to score six goals that season, including a brace against Bristol Rovers in March.

A physically strong forward with an eye for goal, the former England youth international has been compared to former Pilgrims favourite Sylvan Ebanks-Blake in the way he plays the game.

He started his career at Wolves, coming through the youth academy at Molineux. He made just one appearance for the club, an Emirates FA Cup win over Shrewsbury Town in 2019. Finding first team opportunities hard to come by, he enjoyed productive loan spells in Sky Bet League One with the Shrews and Doncaster Rovers, scoring 6 goals in 29 games at the Keepmoat Stadium.

Before joining Argyle, Ennis was once again sent on loan, spending the first part of the 2020/21 season at Burton Albion.