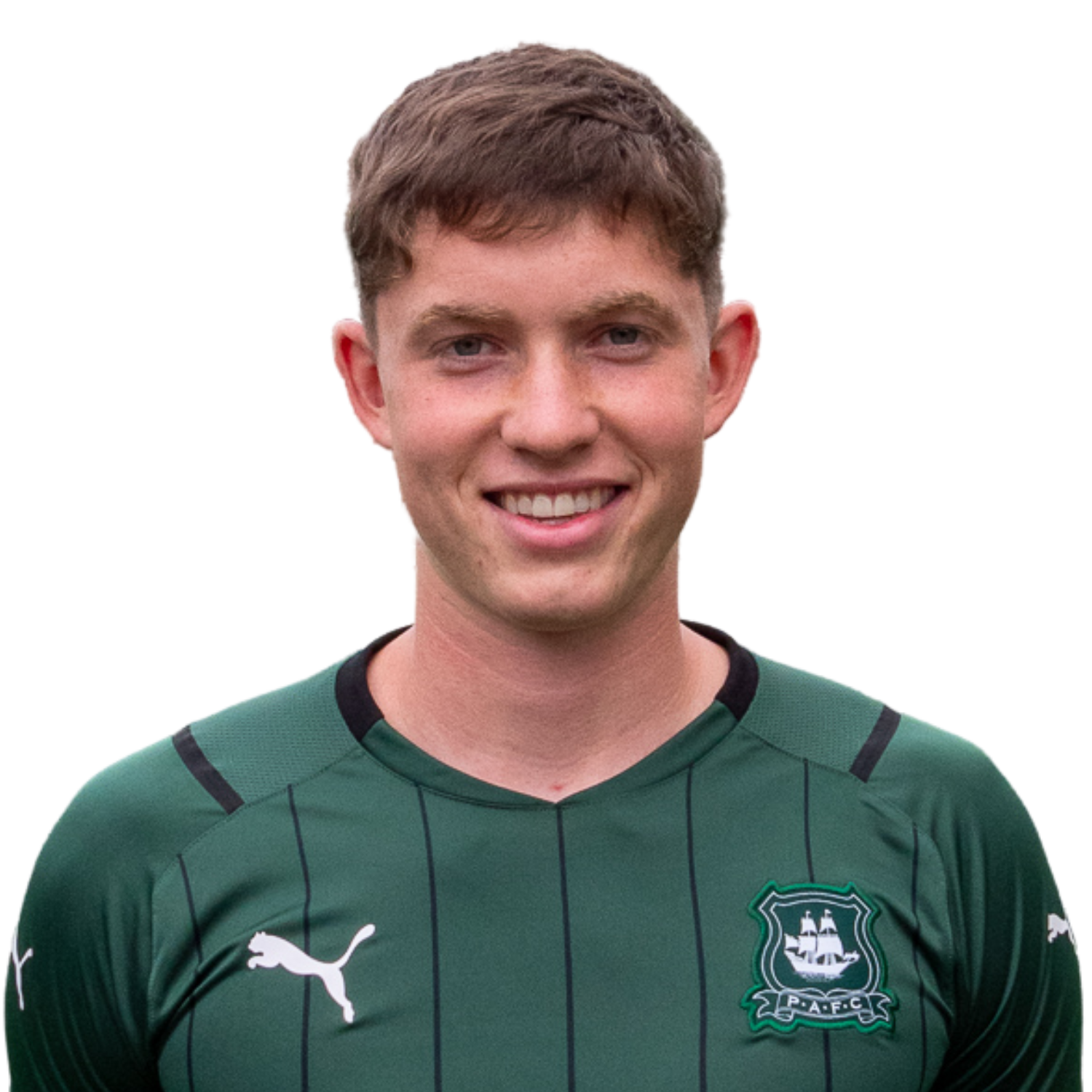 The 2020/21 season was one of highs and lows for academy graduate Ollie Tomlinson. The imposing central defender had signed his first professional contract in the summer, made his Argyle debut in the Papa John's Trophy tie with Norwich City in September, and then was sent to Southern League side Barnstaple Town to gain some experience, only to see the season scrapped due to COVID-19.

That curtailment saw Tomlinson, who joined the Academy at the age of 13, return to Home Park without much opportunity of first team action.

However, his positive attitude and impressive performances in training led to him making the match day squad towards the end of the season, before playing the final two matches of the season.

He came on as a 68th minute substitute for his league debut at home to Sunderland, and then a week later started the final game of the season at Gillingham.

Despite Argyle losing those games, the performances of Tomlinson were enough to earn him a new contract, which he signed in the summer of 2021.