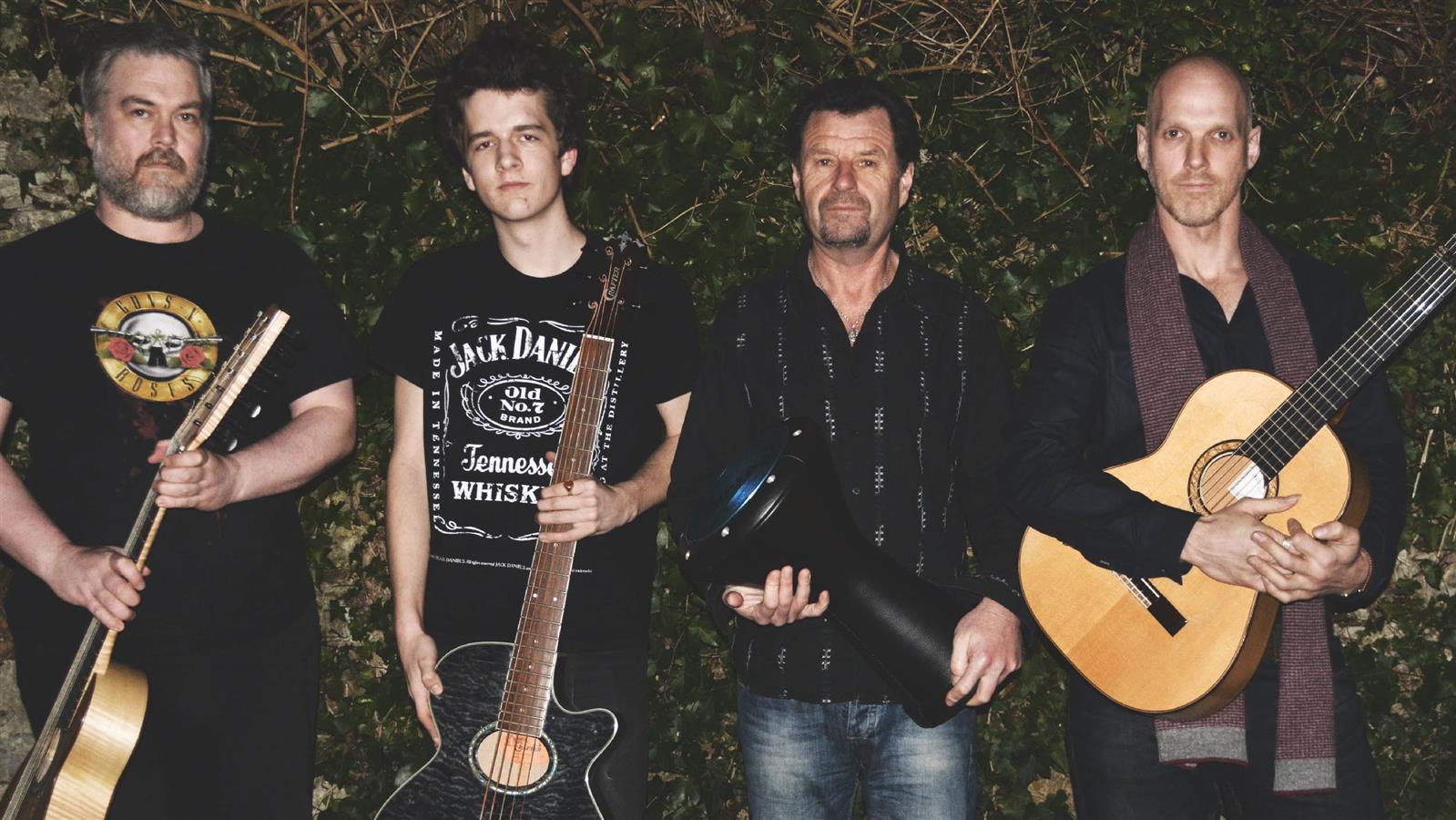 PRE-MATCH entertainment at our big Bank Holiday Monday game against Newport County is being provided by The Horsemen of the Apocalypse...

...an acclaimed, high-octane ensemble whose hypnotic, heady cocktail of Flamenco, Latin, Jazz and Acoustic Rock has created a whole new genre of music, and been seen by millions across the world live and on TV.
In the early 1990s, top lutenist Ben Salfield and his highly regarded flamenco guitarist brother Jon, toured as technical duo Ramas de la ‘Ud. After some time off, they jammed in front of a couple of hundred people in Plymouth in 1999, where a reporter called them “a revelation”... and the Horsemen were born!
Soon the group was playing sell-out tours across Europe, including an infamous show at a Heavy Metal venue in Warsaw... and with renowned world music percussionist Simon Stanton now in the group, the music gained a new depth on its sound-palette.
In February 2016, Ben introduced a dynamic 17-year-old bass player and lutenist, Rowan Nightingale, to the others. After a trial rehearsal, he was instantly snapped up, and played to a sell-out crowd at Hay Festival weeks later. Rowan’s funk-rock style has brought an edgier dimension to the Horsemen – as seen on their soon-to-be-released album, “Revelation”. The fourth horseman had been found!
“I’m so proud to bring the Horsemen to Home Park”, said Ben, “and I hope we can help boost our team and rally the fans as we push for promotion!”
The Horsemen’s set will begin at 2.10pm, so why not come early as the big-game atmosphere builds?
Catch the Horsemen’s final UK show on the Revelation Tour, at Cornwall’s Regimental Museum on May 7. Online tickets: www.kernowconcerts.co.uk.