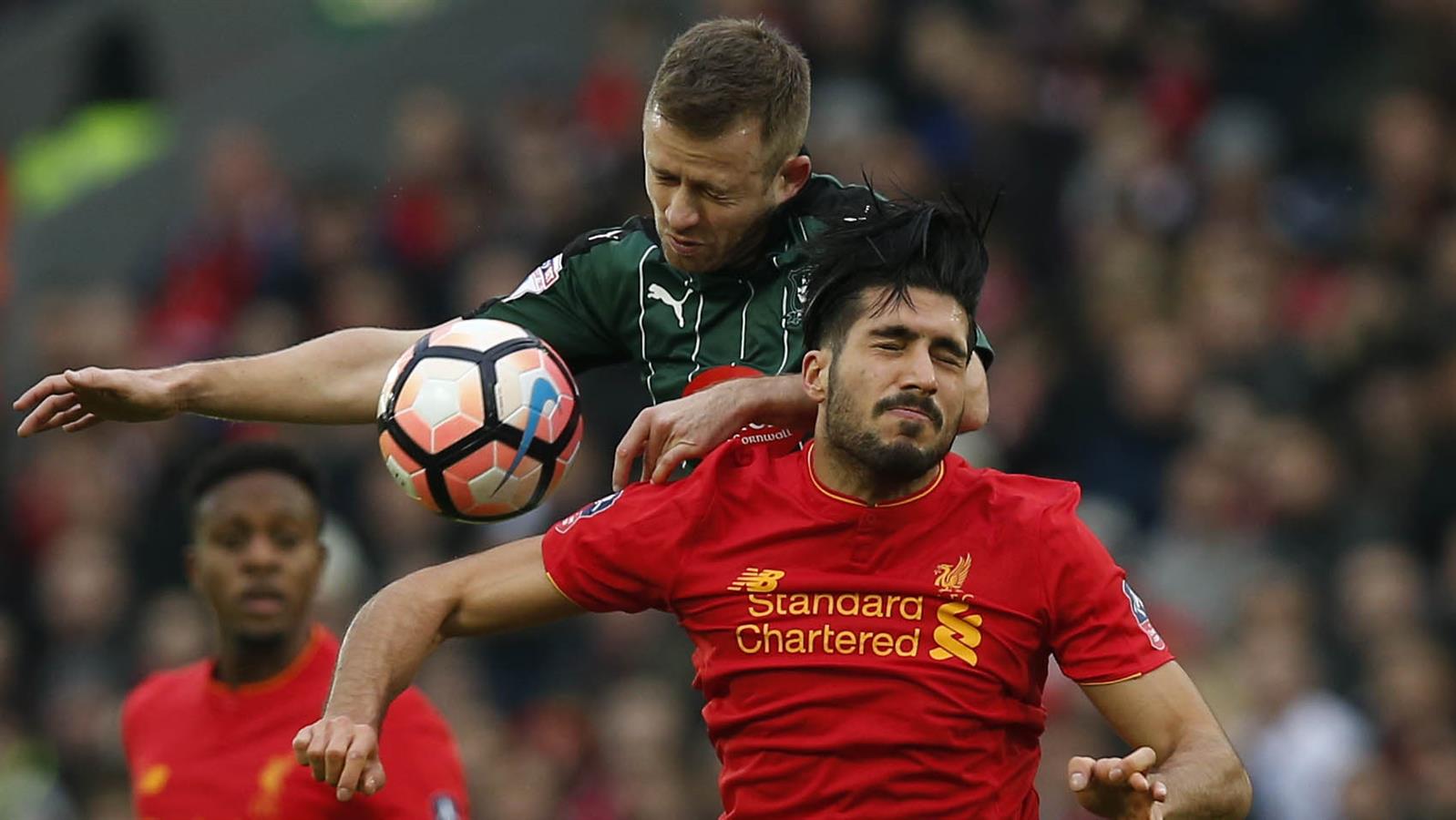 The Winners Take It All

ARGYLE’S promotion-winning side of 2016-17 have now forged a bond that will never be broken, according to David Fox.

The Pilgrims midfielder won his third career promotion when Argyle destroyed Newport 6-1 at Home Park to ensure the Greens will be playing in Sky Bet League One come August.
Argyle still have three games to go, with the next two being against clubs Fox used to call home – Colchester and Crewe. Although David says he has affection for all his former sides, he admits a special places exists for Blackpool and Norwich, with whom he achieved promotion.
“You definitely have an affinity with your old clubs,” said David, “but you look at the ones where you’ve had success. I was talking to one of the lads the other week, and you talk about how many years you have been in the game, and how many players you still speak to, and it’s the ones you got promoted with, they’re the ones you have that bond with over the next 20 years.
“The lads in that changing room now will have a bond for years because we’ve achieved something. I’ve been a footballer for 16 or 17 years, and three of those stand out, and they are the ones you get promoted with. I still go to Blackpool and Norwich for reunions, or see the lads in the summer. That will be no different here.”
Lots of factors have gone into Argyle success this season, not least hard work and ability, but David said he spotted a will to win that ran through the club, when he arrived, that made Argyle an attractive proposition to him.
In mid-July, David played two matches during a trial week – against Torquay and Truro – before signing for the Pilgrims. He recalls the game against the Gulls – a 1-1 draw, in which Argyle were pegged back from a winning position – and what it was like coming in a new player, in a new division.
He said: “I didn’t know League Two, and I couldn’t have told you much about Plymouth from the year before other than they lost in the play-off final. I was fresh-faced, walking into a room, and I saw a real competitiveness in training, a whole new bunch of players getting to know each other, and a manager that was driving people on.
“The Torquay game: we only drew that game, and in the dressing room there were lads going for each other. They were not happy with how it had gone, and it was a pre-season friendly! I thought ‘this is a real competitive mentality, with a will to win’. It’s not about developing players and selling them on; it’s not about playing nice, pretty football; it’s about winning. I sensed that after playing 45 minutes of football.
“The ability to win games out of tough situations has probably been our trademark this season. We’ve had backs to the wall stuff and picked up results, or we’ve had disappointing results then gone again the next week. Loads of 1-0s and 2-1s; we’ve lost more than we would have liked, but we’ve turned a lot of draws into wins. That’s through character, togetherness, team spirit; things you don’t need ability for.
“The amount of games this club has won over the last two years is ridiculous. I know they didn’t get over the line last year, but there’s a winning mentality. Brew’s a winner, Wottsy’s a winner – you don’t play as many games as he did without being a winner – and it passes on to the team. That’s why we’ve won games late on. Every training session there’s a score kept, of whose winning and losing.
“Loads of things have gone into it. We’ve dug in, or Luke’s made a great save in the last minute; they are fine margins that mean when you look at the table it looks great, but if you analyse each game it is the small margins that have got us promoted.”
Colchester, Blackpool and David’s first club, Exeter, all harbour dreams of going up through the play-offs. Fox will stay neutral, though, and will watch from his preferred vantage point.
“There might be three of my old teams in the play-offs,” he said. “It might be quite nice to watch it from the beach!