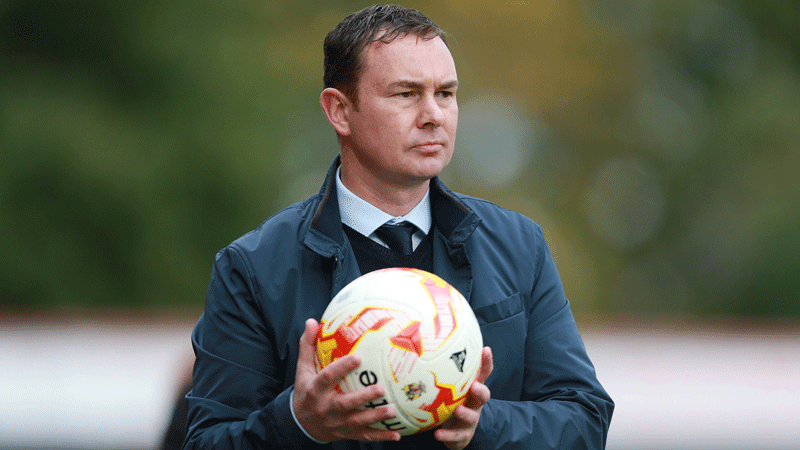 ARGYLE manager Derek Adams has a plan for when Scunthorpe United visit the Theatre of Greens on Saturday – let the Pilgrims’ opponents have the ball.

The Iron come to Home Park, offering Argyle arguably their biggest challenge of this embryonic Sky Bet League One campaign.

Led by Lincolnshire goal-poacher Josh Morris, they headed the division for a large part of last season and, having strengthened since falling in the play-off semi-finals, will have ambitions to do similar this time around.

Morris is one of an impressive array of talent in the United midfield but Derek is content to allow them to display their skills, just as long as it is in areas where it will not benefit them, and possibly work to Argyle’s advantage.

He said: “They play with two wingers – we’ll have to deal with them. In the midfield, centrally, as well, they are technically very good.

“We’ll look at the positives and negatives in their formation and players – we have to combat their good ones, and we have to work out where their weaknesses are, as well.

“They can have the possession in that area and then we nullify the space and pick them off after that.”

It is a tactic that the Pilgrims have used, although far from exclusively, in their three league matches since being promoted, the pace and rhythm of which have been noticeably different to previous recent seasons.

“It’s a lot quicker than League Two,” said Derek. “In the games that we’ve played, it’s been end-to-end.

“That might slow down; it did in League Two. We found that, at the start of the season, a number of teams went a wee bit quickly at the start and then it settles itself down.

“We have to guard against that and look at the situation where a team like Scunthorpe come on to us and leave space.”

Despite the impressive tally by Morris, who got off the mark for this season in Scunthorpe’s 1-0 win over Oxford United at Glanford Park last week, Derek is aware that the Iron’s supporting-cast potentially poses as big a threat.

“It’s never important to have a 20-goal-a-season striker and have nobody else scoring goals,” he said.

“It’s important to spread the goals throughout the team because, if you are going to man-mark one player out of the team, where do you get the rest of your goals from?

“We’ve got a team of players who can score goals from a variety of positions, so other teams will find it very difficult to man-mark four or five out of the game.”

The latest Pilgrim to share the Argyle scoring is defender Ryan Edwards, who headed the equaliser in last weekend’s 1-1 draw at Southend.

“Ryan Edwards has been very good since he came here,” said Derek. “It’s a good club for him and I think that he’s going to be a dominant centre-half.”