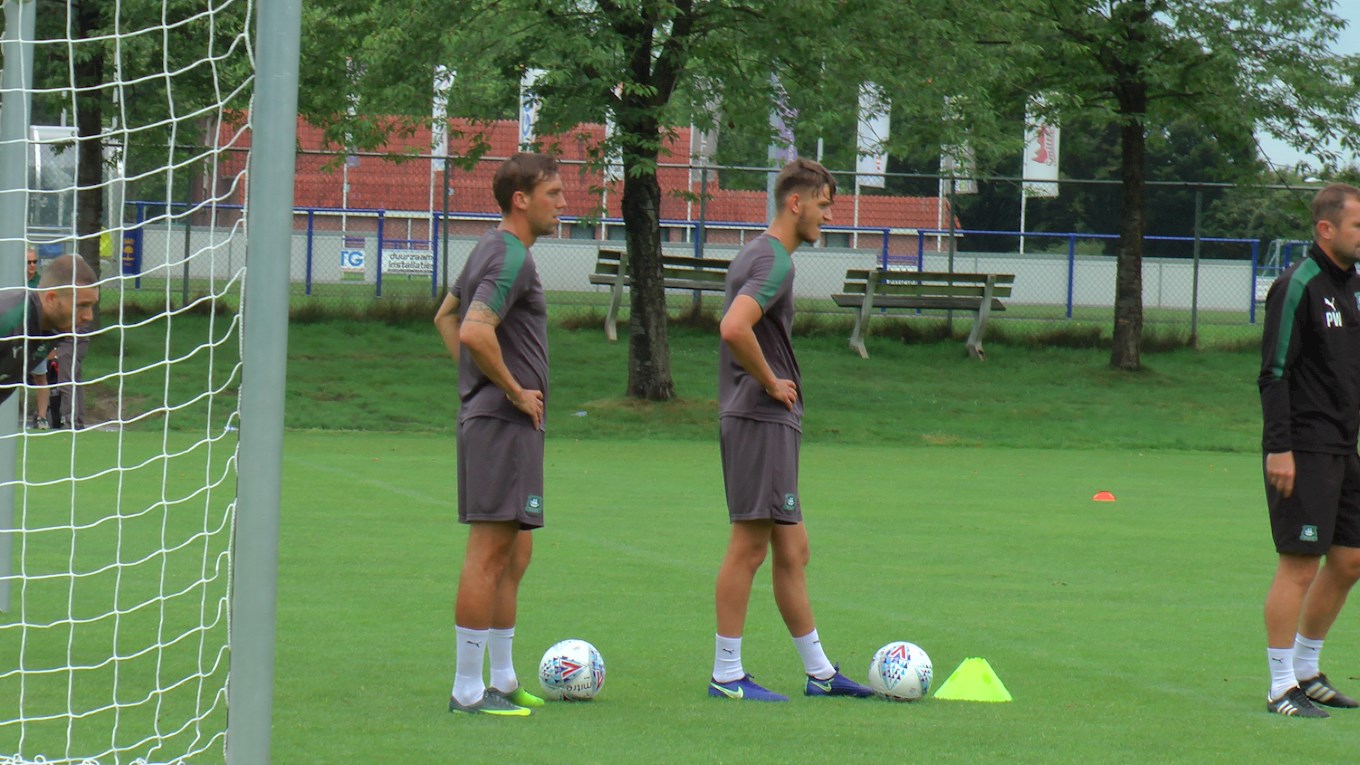 ARGYLE began the season with a defeat at Peterborough last Saturday – and for one player in particular, there was a further, unwarranted blemish.

Officially, the record will state ‘Sawyer og’ as being the Posh’s first goal of the season. Leo da silva Lopes’ ball across the area after five minutes unintentionally struck Sawyer and flashed into the Argyle goal.

“I don’t know,” said Gary, when asked what happened. “There’s no words for it. I got texts from my friends saying: ‘You scored an own goal on your first game!’ When they’ve seen it, they can see what it is, but I can’t see how I can credited for that. They should have just given it to the lad crossing it. I didn’t want it!”

The result was a disappointment for the Pilgrims, but those that saw the game could appreciated the spirit Argyle played with, and with no little skill, too. On another day, against a less-inspired goalkeeper, the result could have been very different.

“I think that was the feeling after the game,” said Sawyer. “The first game is always tough, especially having gone up a league. It was good to play a team that most would say would be up there. I thought the boys did really well Saturday. We created more chances than we did in a lot of the away games last season, we just didn’t get lucky enough to get a second goal when we needed it.

“We didn’t start the second half too great, let the goal in, and then the game went a bit ragged, a bit frantic. We gained control back and deserved to get something, but it wasn’t meant to be unfortunately.

“If we play like that every game we’ll win a lot more than we lose. We have to go again on Saturday and get to the same level.”

Perhaps the sourest point at Peterborough, beyond even the result, was an injury to Ryan Taylor that could see him miss around three months of action. The Pilgrims centre-forward landed awkwardly after jumping for a header, and broke his ankle, along with damaging some ligaments.

Gary can empathise; six games in to last season, Sawyer sustained a stomach injury at Blackpool which kept him out for five months. He knows what it is like to try to peak for the season’s early stages, only to suffer a setback.

“No-one wants that to happen in the first game of the season,” said Gary. “I got injured early last season, and it’s horrible. You’ve been through all the pre-season, all the running, done everything you need to do to get playing, then you get injured. It’s brutal.

“We knew he had done a bit of damage when he came off but we didn’t think it would be to that extent. He’s a strong lad, though, Tayls. With the physio team, he’ll come back flying when he is ready.

“It just takes tame. Sometimes it is a bit easier if it is a break, because once that is settled it will be ready. The muscle can sometimes have other things involved. Unfortunately it’s a long one, but everyone will be behind him.”