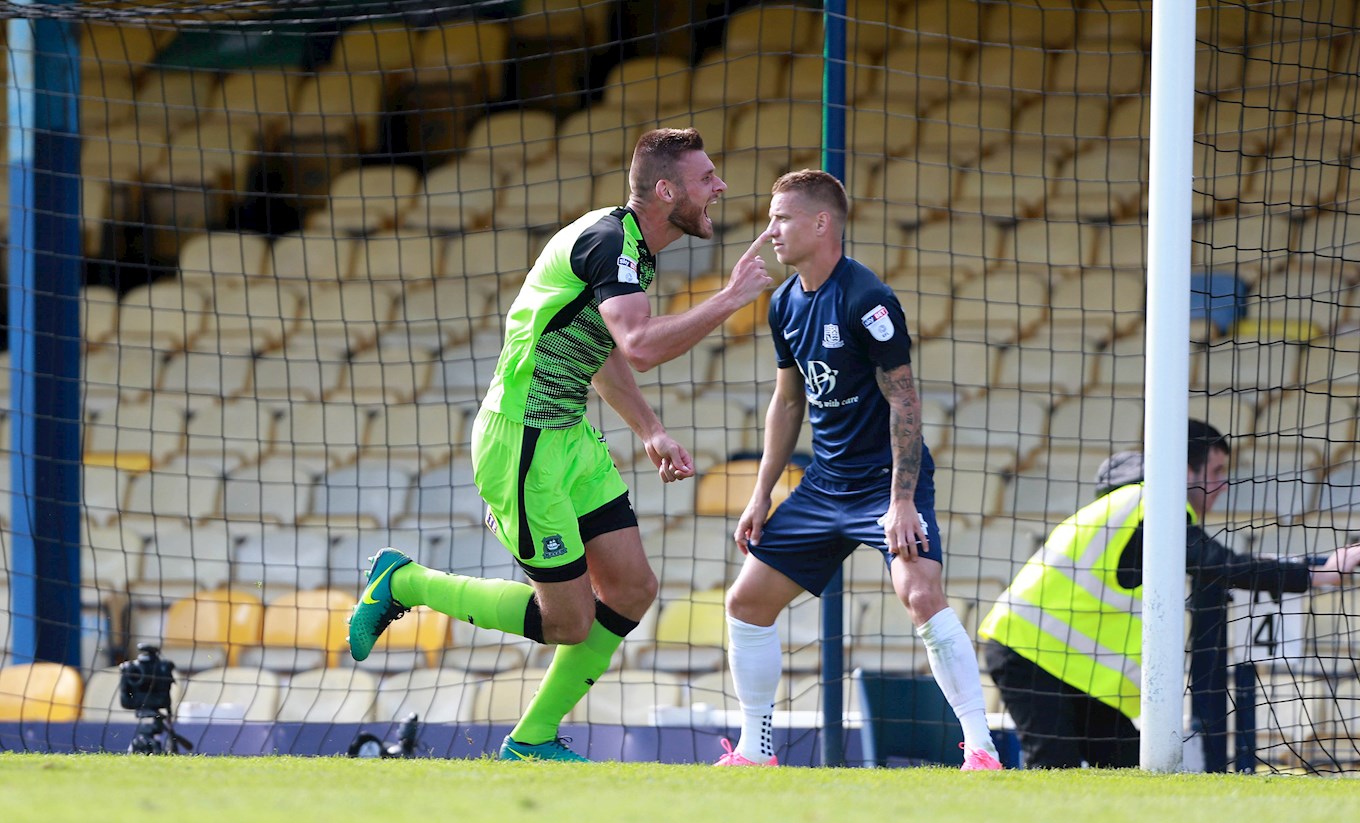 The Sonny and Eddy Show

RYAN Edwards and Sonny Bradley are going to be a great partnership.

They were each on the scoresheet as Argyle drew at Southend, but sadly for Sonny, his contribution was at the wrong end, scoring an own goal early in the game. It was the third time, in three away games, that Argyle have let in an early goal.

It took an Edwards header in the second half to secure Argyle a point, but the Pilgrims’ goalscorer was still full of praise for his centre-back partner, despite Sonny’s unfortunate indiscretion.

“We spoke about it, in training, about getting a good start, which we did last week,” said Ryan. “We knew they are a direct team, and we knew it would be down our throats, and we’d be heading a lot. It’s unfortunate; Sonny tried to clear it and it went in. It can happen to anyone.

“His reaction was brilliant, because he went on to have an outstanding game, and showed what a good player he is.”

Edwards’ reference to Southend’s direct style showed that the Pilgrims’ research was well-founded. Argyle’s attempt to play a passing game, in the first half, did not work. The poor playing surface, coupled with Southend’s in-your-face approach, put paid to that.

Argyle, though, adjusted after the break, and altered their style in order to compete. They did so, getting the equaliser through Edwards’ header from a Graham Carey corner, then having other chances to win the game. That said, the home team could have won it, too, in a very open contest.

“I’d take not scoring if it meant winning the game and a clean sheet,” said Ryan, “but we knew it would be ugly at times, not pretty on the eye, and we prepared well for it. Both teams had a go, it could have gone either way, but I think a point it fair to both teams. A point’s a point, and we’ll go back, work for next week, and look to win at home again.

“If we got one goal, we knew we could get the momentum. They came off a big defeat last week, so we knew they could be a bit shaky. We got the equaliser, we were on top, but they had some chances, too. A point was a fair result.

“We’ve shown various ways we can play; we’ve come here and been ugly, when we knew it was going to be ugly. They thought they might bully us today, and we’ve shown they couldn’t. You’ve seen the footballing side of us, the patient side of us. We stood up and been counted.”

Before Ryan Edwards made it to Plymouth, he would likely have been aware of at least two impressive aspects the club can boast. One being the left foot of Graham Carey, the other the mighty Green Army. Both came to the fore in Southend.

“I knew, from playing against him, that G (Carey) has got great delivery,” said Edwards. “If he says he is going to put it somewhere, he will. We’ll have success from set-pieces this season, with G’s delivery, and Jake’s and others in the squad.

"I attacked that space, had the run on my man, got up early and bulleted a header into the back of the net in front of our fans! Hopefully there are many more to come.

“It took us six or seven hours to get here yesterday, and I’m told there were more than 700 of them, so fair play to them. That’s cracking support. It’s enjoyable playing in front of them, even when you’re down. We were 2-0 down at Peterborough and they were still non-stop. That’s what you want as a player, It drives you on that bit more.”