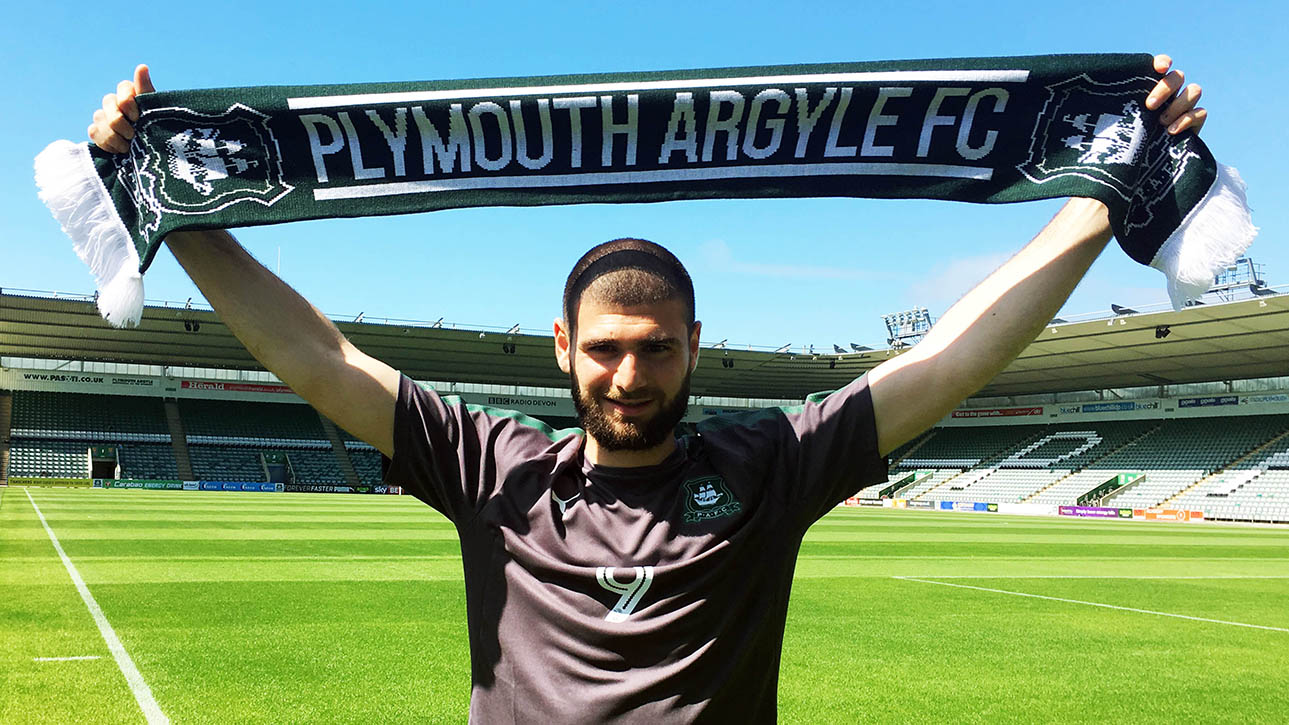 The 25-year-old has moved to Home Park on a season-long deal from Scottish Premiership leaders Celtic, looking to recapture the form that saw the Parkhead giants pay Dundee United £1.5m for him two years ago.

The Pilgrims’ new No. 9 has been on Derek’s radar since before the Turkish forward’s high-scoring Terrors days and the Argyle gaffer did not hesitate when he learned of Celtic’s willingness to allow Nadir to go out on loan.

“Talks have been going on a little while,” said Nadir, on his first day at Home Park, “and I felt the will of him to bring me here and bring me back to the stage I am the best at. I felt wanted again.

“That was the most important feeling I had to have, wherever I was going, and the gaffer gave me that feeling throughout the period he was talking to my agent.

“It felt really comfortable, really good, straight away and I am happy to be here to work with him, for sure.”

Nadir scored 33 goals in 82 appearances for Dundee United between 2013-15, opening his account in the Scottish top flight against a Derek Adams-managed Ross County. Although he failed to take that sort of scoring form to Celtic, he does not regard the move as a failure.

“This is a journey,” he said. “It is destiny; I believe that; it is meant to be how it is and you take it on the chin and go for it. Maybe everybody sees it as not working out for me, but it is experience and, in the past two years at Celtic, I had good times and made good friends.

“It’s still been good, maybe not in the football way that I haven’t played many games, but I have experienced lovely people at the club, a massive club, and I have a lot of things to thank them for.”

Derek is not the only Pilgrim who Nadir knows well from his time north of the border.

“I shared a room with Graham Carey at Dundee United,” he said. “We were both on trial and because we were both trialists, when we went away to Germany and Spain, we were together in the same room until we came back to Scotland. He went to Ross County and I stayed."

Before his time in Scotland, Nadir came through the youth ranks at Portsmouth when they were a Premier League side, and was a regular Championship player for Pompey as a teenager.

“I stayed there for three years, wonderful years,” he said. “It was great; I was still quite young and loved the place. It was a good place to be. I was on the bench for a Premiership game once. It felt great.

“Hopefully, it will be a great time here, too.”