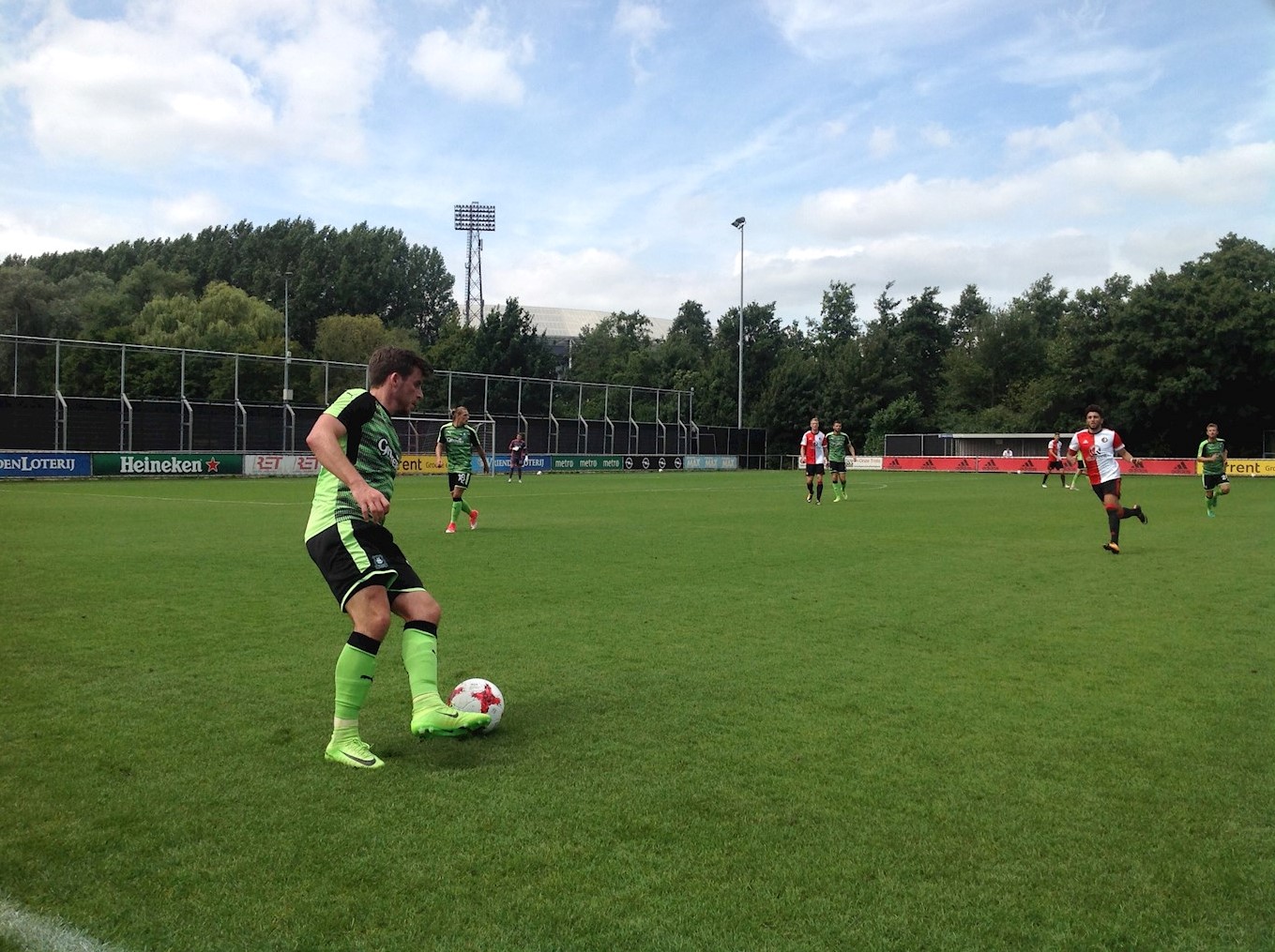 IN his third installment of a tour diary of Argyle's trip to the Netherlands, Rob McNichol gets in the Tub, unsuspectingly...

EACH evening, while we are eating dinner here at our Dutch training base in Delden, Derek Adams writes on a flipchart our schedule for the following day.

Typically, it will indicate times for breakfast, lunch and dinner, as well as times to report for training sessions, to see Physio Paul for strappings if necessary, and to get your washing to Neil the Kit Man.

All that may seem perfectly normal, except for the fact that no-one in the room – except Derek and Head of Operations Jon Back – had a clue that we had a game on Wednesday.

Actually, the phrase ‘not a clue’ is not strictly true. Clearly Jon and Derek had been working very hard in trying to get something on, but the first time most of us even knew we had a game to travel to was when Sharpie was committed to paper, and we looked on with intrigue.

Derek addressed the room, explained the timings, and simply told the lads that they had a game against ‘a top Dutch side, about two hours away on the coach’.

Out came the phones, people trying to work out who the opposition could be. Derek had said ‘top’ Dutch side, but that could easily be construed as anyone in the top flight. A couple of hours? Around a dozen sides could be reached between 90 and 150 minutes on a coach, including PSV, Ajax and Feyenoord? Dare we dream? Probably not, but even a trip to Heerenveen or AZ Alkmaar would be decent...

After breakfast on Wednesday the coach was boarded, with opposition still a guarded secret. We headed directly west, which took out a few options, but the A1 heads towards Amsterdam, with its famous Ajax side; Rotterdam, with three professional teams; The Hague, home to ADO Den Haag, and other possible locations.

The coach journey trundled along without incident of note. That is, if you do not include the loud shout of “McNichol! Pack that snoring in!” from the seat in front of me. I won’t say exactly who it was, but he has played between 490 and 492 games for Argyle, and his name rhymes with Saul Cotton. Turns out my enlarged epiglottis was disturbing his enjoyment of a Ray Donovan box set, so I had to try not to sleep. Anyone would think he was a club legend or something.

A left turn at Amersfoort took out the Ajax route, and as we went past Utrecht, Rotterdam began to look the favourite. Even then, three clubs were possibilities, but as Google Maps on the 3G took a pounding, it was clear that the stadium we could see, as we crossed the Nieuwe Maas, a continuation of the mighty Rhine, was Stadion Feijenoord, otherwise known as De Kuip. In English, it translates to ‘The Tub’. In football-speak, it meant we were at the home of the reigning Dutch champions.

In the end, we ended up playing the match at Varkenoord, the training facility used by Feyenoord, adjacent to their stadium. Replete with sublime pitches, Varkenoord was excellent, and the stadium itself could be seen in the background through a convenient – maybe deliberate? – gap in the treeline. Before we got to the game, though, we were welcomed in to the stadium.

The lads headed to the dressing room to get changed into the striking citrus and black kit, while the rest of us headed for the huge press facilities, where any number of hugely polite and attentive club staff sought to get us teas, coffees, biscuits...and a peek at the stadium itself. Photographic records were taken – I never thought I would see Craig Brewster taking a selfie – but warned not to be shared as yet.

This game was arranged under the strict proviso of being ‘behind closed doors’, and this had to be adhered to, to the letter. This meant not publicising it ahead of time, lest too many people be given the chance to come to watch. This sounds petty, but remember we have had two games nixed by local mayors panicking, so every measure had to be taken. Chokingly, this also meant that our official club visitors were not allowed to join us. Trust me, Messrs Back and Adams fought for them, but they sadly did not get the nod.

After the lads were changed, everyone was transported the short distance to our pitch in a fleet of mini-buses, and warm-ups commenced. The game, played in easily the warmest and sunniest weather conditions since we arrived in the country, was a decent affair. It was played at a higher tempo than the Cardiff game at Home Park, with the Dutch starting off pressing high, with a lot of the ball.

Argyle more than matched their lofty opponents, though, and played some eye-catching stuff of their own. In the end, the result was probably fair, but the Pilgrims definitely created the better chances of the sides.

On to the instinctive criticism. Was this Feyenoord, the reigning Dutch champions’, first team? No, it was not, but it included last season’s top Eredivisie goalscorer, numerous international footballers, and every opponent a professional player for a top European team, most with plenty of first-team experience. No-one is saying Argyle will walk League One because of this result, no-one is under the impression we got the very best of Feyenoord. But we did get a competitive encounter against a major side’s line-up full of very fine players. And we drew. Seems like a good day’s work, to me. Not worth building a straw man over, anyway.

After the match, the mini-buses took us back to the stadium, for the lads to get changed, and eat in Feyenoord’s players’ lounge. Something that was striking throughout the stadium, with it most apparent in the lounge, was the proliferation of the club badge. It was on walls, on doors, on the taps in the bathroom, on the backs of the chairs, on the napkins, on the cups. This was a club superbly proud of their identity, and of the belief that you should see it everywhere. It was striking, and it worked. Consider it reported back to the Grandstand working committee.

And so it was back to Delden, returning to base before 7pm local time, leaving an evening of reflection on a rather surreal day. The pessimist will suggest I travelled several hours, there and back, for a 0-0 draw in a friendly that I could not totally report on.

I am not that person, so I will give you a strong Argyle performance, increased belief in the squad for this season, and a visit to one of Europe’s leading football teams, who looked after us magnificently.

To quote the Beautiful South: “This could be Rotterdam, or anywhere. Liverpool, or Rome.”