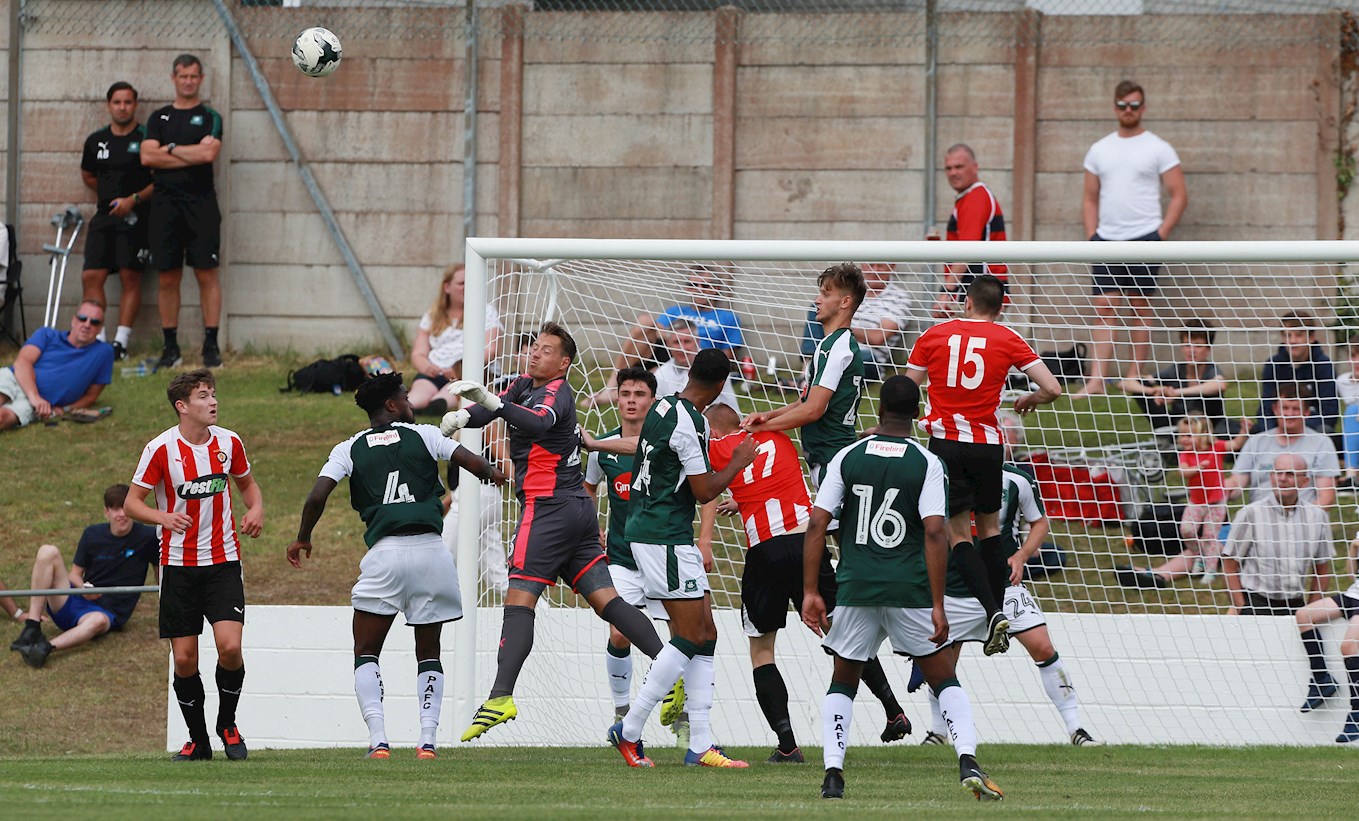 ON the pitch; off the pitch; on the training ground; Luke McCormick believes Argyle have positioned themselves well in multiple areas over the summer to have a strong 2017-18 season.

McCormick captained the Greens in their second match of the day, as two separate squads played out 3-1 and 2-0 wins over Plymouth Parkway and Saltash United, respectively. Many of Argyle’s eight new signings were spread across the pair of fixtures and all seemed to bed into the existing squad comfortably.

That came as no surprise to McCormick, who cited his manager’s ability to choose signings on character, as well as talent, to be cause of Argyle’s early signs of success.

“The boys are coming together nicely,” said Luke. “A good load of boys have come in who have really added to the group, off the field as well as on the field. I think, so far, it’s been a good start to the campaign.

“The boys have come in they’ve added to us in terms of their quality on a football field, but also their characters and stuff like that. It gives us a good base to start the season off, and things like that help you through.

“The gaffer’s clever. He does his homework on players; not just their footballing ability, but how they’re going to fit into us as a group.

“From the first day we were in, everyone was starting on the same page. No-one’s playing catch-up, so that’s good. The fitness levels have been good. The attitude’s been really good, from the first day up until today. There’s plenty of positives going on and we’re looking forward to a good campaign in League One.”

As well as the personnel, the facilities have also been boosted to give the Greens a stronger platform great things upon their return to Sky Bet League One. Harper’s Park, the team’s training ground, has undergone a major redevelopment and upgrade over the summer that Luke and the lads are already benefitting from.

“The training ground’s in fantastic condition,” said McCormick. “That’s something that really deserves a mention and will really help us this season.”

“It makes a huge difference. All of a sudden, we’re walking out to the training ground and it’s like ‘right, we’re here to train.’ Those little percentages count, so I think the management, and obviously the chairman and directors, the people who’ve funded it, deserve a huge amount of credit for putting the funds in to give us that as players. We really appreciate it.

“We work so hard Monday to Friday, preparing for Saturday. That’s really where it all goes on. So for that investment to go into it helps us no end – and it’s only right, really, for a club of our size. It’ll give us a platform, I think, to really push on.”