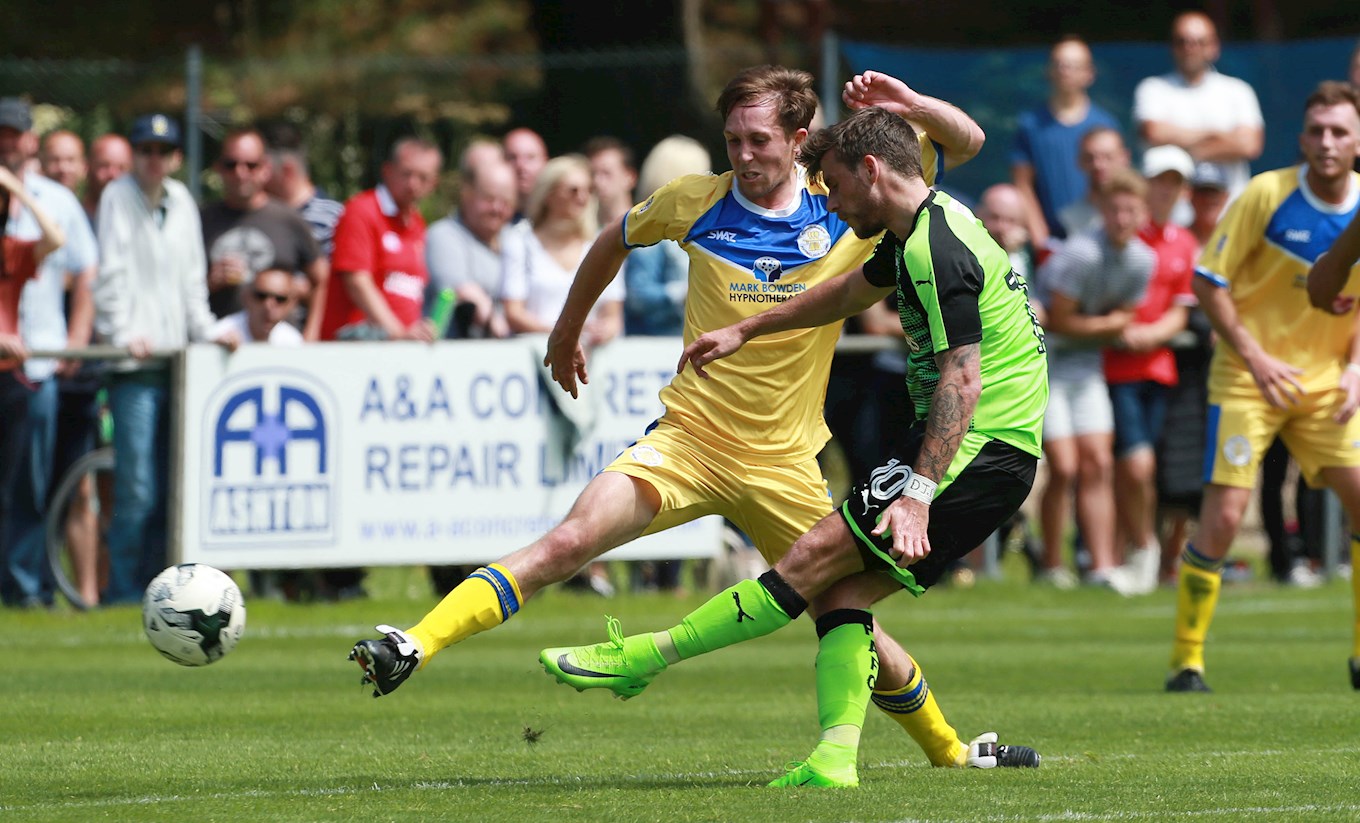 LUKE McCormick believes Graham Carey’s decision to remain at Argyle is a statement from both the player and the club that the entire squad can benefit from.

McCormick captained an Argyle side on Saturday that defeated Saltash United 2-0 in a pre-season friendly. Earlier in the day, Carey starred in a separate Argyle team that defeated Plymouth Parkway 3-1, kicking off the playing aspect of a summer break and preparation period that McCormick took full advantage of.

“It made a huge difference,” said Luke on having a much longer break than the previous two seasons.“It just meant nothing was as rushed. I was able to do some extra training that I wasn’t able to do last year, so already I feel a step ahead from where I was in the last two years.

“It’s been a good day, because there’s been two games. It’s good for the fans to come and see the new lads, and I don’t think they’ll be disappointed with what they’ve seen.”

Whether they were witnessing him in action against Parkway, or surrounding him for selfies at Saltash, the Green Army certainly seemed overjoyed about seeing Carey in an Argyle strip. His captain says that feeling is certainly shared in the dressing room.

“It’s huge for us. Absolutely massive,” said Luke. “He’s been a fantastic player for us.

“Over the last two seasons, he’s been our go-to guy. He’s the one, as we know, who can turn a game. We always felt there was a chance he wouldn’t go, but for him to say ‘I want to do it with you this season, lads’ says a lot for what he thinks of the club, the place and his loyalty to the manager.