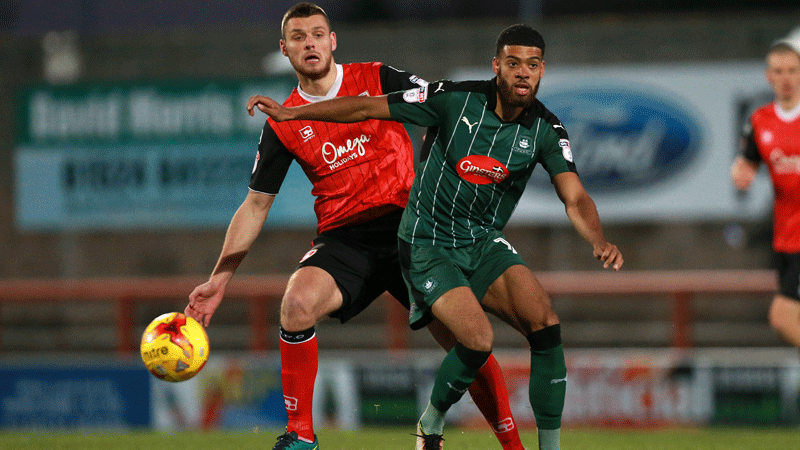 The 23-year-old centre-back comes to Home Park after a compensation fee was agreed between Argyle and Morecambe. Ryan comes highly-rated by his former club, having won Player of the Season awards voted for by supporters and fellow pros last season.

Born in Liverpool, Ryan began his career working his way up Blackburn Rovers’ youth system. He had loan spells at Rochdale, Fleetwood Town, Chesterfield and Tranmere Rovers before moving to Morecambe on loan in 2013-14. After impressing at the Globe Arena, he became a Shrimp on a permanent basis.

Edwards has since gone on to play 127 games for Morecambe, scoring three goals in that time. He was offered a new contract for this season, but has elected to become a Pilgrim instead.