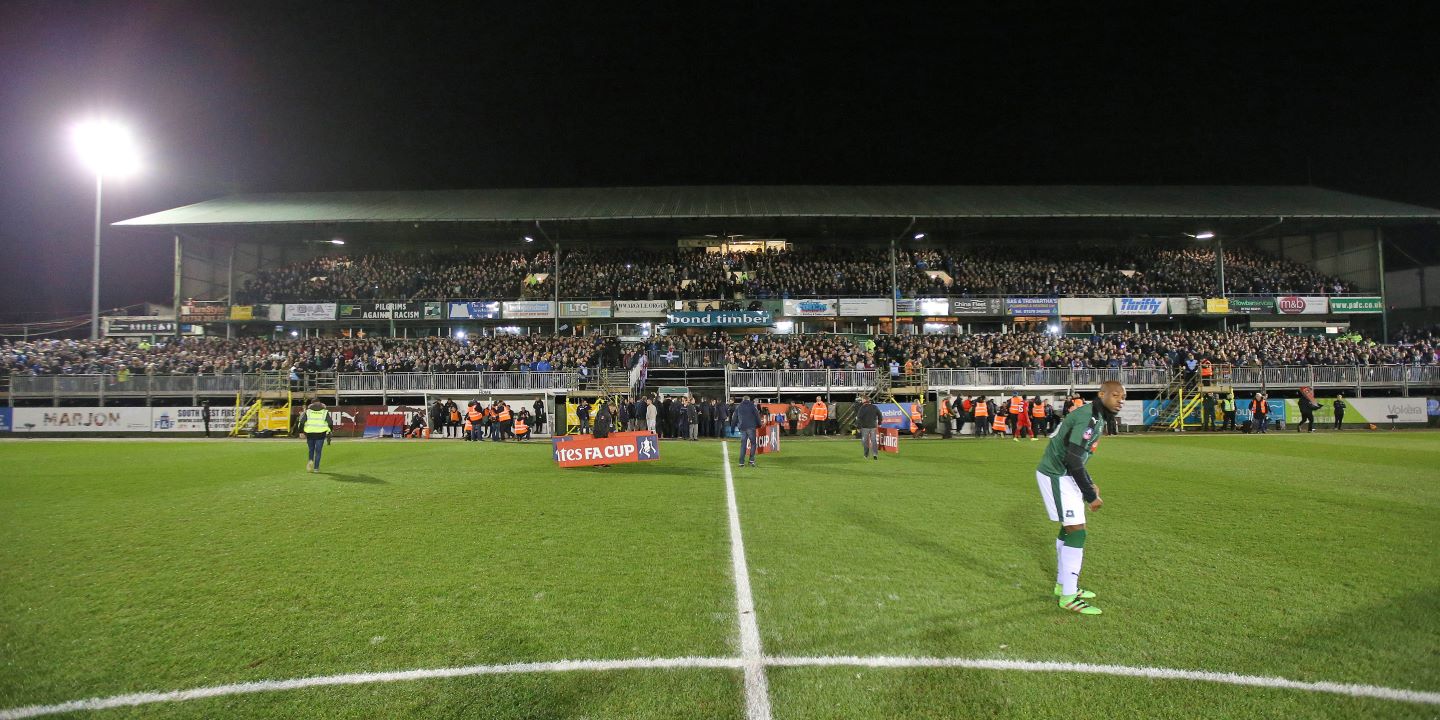 FOLLOWING the reveal of plans for the New Mayflower Grandstand, we invited comment and questions from the Argyle fanbase. The following is the Board's response...

Objectives
The objectives for the New Mayflower are as follows:

1. To improve the facilities for members of the Green Army who currently sit in the Grandstand;

2. To improve the environment and facilities in the Grandstand so as to attract new members of the Green Army (with particular focus on women,families and disabled supporters); and,

3. To generate material additional revenues (matchday and non-matchday) to invest into the Club and drive the team back up the leagues in a financially sustainable manner.

Q1. Stages 1 and 2: why two stages, why announced now, what are the plans and when will Stage 2 happen?

A1. The two stages for the Development are a practical way of ensuring that the agreed budget is utilised in the optimal manner consistent with the Club's objectives (Stage 1) but sets this in the context of the wider ambition for the Grandstand (Stage 2). The plans for the two stages are being shared now with the Green Army in advance of the formal pre-planning debate. The plans which have been shared and will be used in the formal pre-planning consultation do and will clearly show what will happen in each of the stages.

The budget of £5m covers Stage 1 only (and does not cover the new roof and floodlight, which are being separately funded - see below). The Board currently has no agreed programme to execute Stage 2; it will proceed when it is in the interests of the Club to do so and we have funding available.

Q2: Capacity: what is the estimated capacity for Stages 1 and 2?

A2: The professional team has sought to maximise capacity in the lower and upper terraces of the Grandstand (Stage 1) and in the corners (Stage 2) subject to complying with 'Green Book' requirements for safety, sight lines etc. Capacity upon completion of Stage 1 is c. 18,300 and (assuming an all-seated Stadium) is over 20,000 upon completion of Stage 2. If (subject to legislation permitting) we put standing in the corners introduced by Stage 2, capacity is estimated to increase by in excess of a further 1,500. Please note that these are estimated capacities and may change (although it is not expected to be material) as the plans are developed.

The segregation varies depending on fixtures and the requirements of the Safety Advisory Group (SAG) and the Police.

Q3: Seating/standing: will the current wooden seating in the Grandstand be replaced?

A3: It is proposed that the wooden seating will be replaced with new seating and that this will be 'staggered' so that sight lines are improved (ie so that supporters will be looking between the shoulders of the supporters immediately in front of them).

Q4: Roof: will the pillars holding the roof up be replaced so as to improve sight lines and what will happen to the floodlights? Will the roof be translucent?

A4: The roof and the Grandstand floodlights need to be replaced (the Board has agreed that this will be funded in addition to the £5m budget) but they will be replaced with a similar structure to that which already exists (the roof will be extended to cover the disabled seating-see below). This is consistent with the ambition of retaining the Archibald Leitch shape and impressively is the most efficient structure the engineers could come up with. The further extension of the roof over the lower terrace (Stage 2) will be made from translucent polycarbonate and will be supported by the two corner structures.

Q5: Control Room/ Scoreboard: what is the grey wall near the Barn Park End? Will there be a scoreboard?

A5: The 'grey wall' is the window of the new control room which will replace the one in the Chisholm lounge. There is a plan to introduce an electronic scoreboard and clock in the near future.

A6: New wheelchair spaces will be spaced out along the top of the lower terrace, giving wheelchair views from a variety of elevated positions in the Grandstand. There will still be a significant net increase in the number of wheelchair spaces from today and (in the Board's view) the views will be better and more varied than currently. The current pitch side spaces in the horseshoe will be unchanged.

Q7: Safe standing: is the Board supportive of/campaigning for safe standing?

A7: The PAFC Board has seen no evidence that suggests properly constructed and stewarded standing is anything other than safe. We believe the Green Army would like part of the Stadium to be standing and we will work with the English Football League to continue to push this argument.

Q8: Environmental: will the roof have solar panels, will there be a district heating system, how will drainage work and have we considered (living) green roofs, bird boxes etc?

A8: The roof will have the ability to support solar panels if these become economically viable (they will be incorporated in the planning application but there are no firm plans to add them at this stage) and the professional team is looking into the prospect for a district heating system. There are no proposals for a grass roof although there will be planting around the Grandstand. The drainage will be optimised and the professional team will look into issues such as bird boxes.

Q9: Retail and Ticketing: will the shop be smaller than the current shop? Will the shop and ticket office be accessible from each other? Should one of these be set within the Grandstand?

Q10: Supporters Bars: will the supporters' bars be accessible from inside or outside the perimeter of the stadium? What is the capacity of the bars? Will the bars be open all year round?

A10: The bars will be accessible to all supporters before and after games through doors on the outside of the Stadium. To access the Stadium, supporters will need to exit the bars and then come back into the Stadium through the turnstiles. During the match they will be accessible solely to supporters seated in the Grandstand from within the perimeter. The current capacity of the bars (as shown on the plans) is circa 500 but we are currently looking at expanding this. The opening times for the bars have not been agreed. These will, of course, depend upon perceived demand and commercial viability.

Q11: Circulation around Stadium: will supporters be able to walk around the whole Stadium (fans have to divert via Gilbert Lane in Central Park)?

A11: This is something that has not been considered to date however the professional team will undertake a review to consider whether this is achievable.

Q12: Seating during construction: where will Members in the Grandstand sit when construction starts? When will they have to move?

A12: We will seek to schedule the construction in a way which (subject to ensuring the safety of our supporters and without materially impacting the cost or timetable to completion) minimises the disruption to our Members. Programmes can change but we are planning to focus primarily on perimeter works during the latter part of the 2017/18 season. In an ideal world we would build the seating in the lower terrace first and then utilise these as temporary seats for Members in the Grandstand for part of the 2018/19 season while the upper part of the Grandstand is being renovated; the viability of this approach needs to be confirmed, however.

A13: We plan to minimise the disruption to our Members by offering them new seats in the refurbished upper tier as similar to their current seats as possible (the configuration will change and there may be minor movements).

14: Naming of New Grandstand: do we have a name?

QA14: We are currently using 'The New Mayflower'. It seems appropriate to us to reflect 'Mayflower' in the name reflecting both the Mayflower Terrace and the historic 400th anniversary of the sailing of The Mayflower to found modern America. We will consider variants on this name, however.

Q15: Future Expansion: can the proposed structure (Stages 1 and 2) be further (and simply) extended?

A15: We have not checked again but we have been advised that the horseshoe can be further expanded in a cost effective and timely fashion by adding additional rows of seats to the top of the 3 sides. We will look into whether the Grandstand could be similarly expanded.

Q16: Timetable: when will the work be completed?

A16: The works should all be completed by the end of the 2018/19 season at the latest but we are trying to bring it forward by a few months.