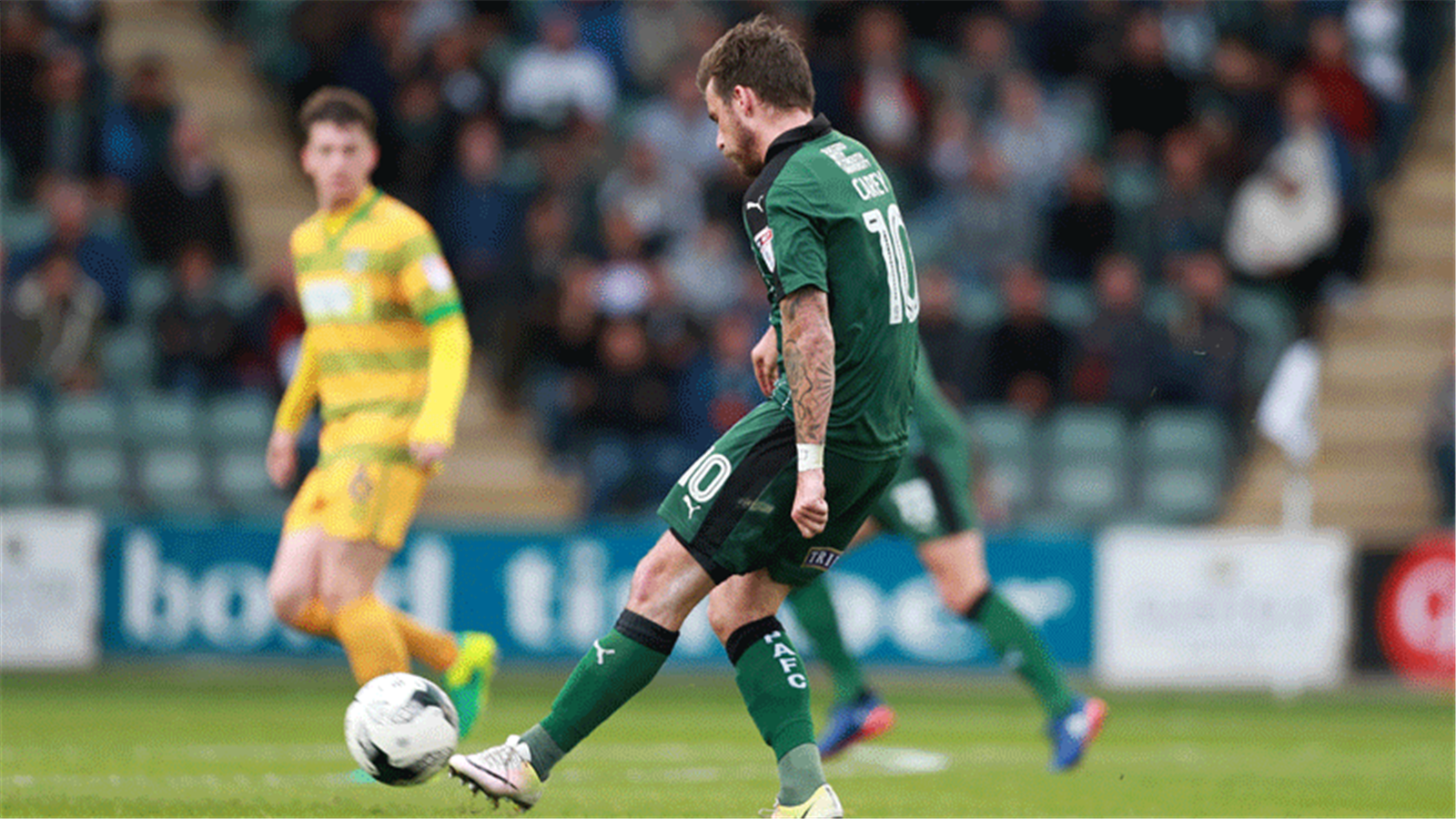 Carey's Caress is Your Goal of the Season

YOU have selected Graham Carey's sensational goal against Yeovil Town as your Argyle Goal of the Season for 2016-17.

After a 16-goal tournament was whittled down to a Carey v Carey final, it was the Yeovil goal that triumphed over his effort against Morecambe; the goal against the Glovers polled almost two thirds of the vote for the final.
Carey rather dominated the competition; the Irishman had five of the 16 goals selected, of which three made it to the semi-final. You can watch his winning goal again, in all it's glory, from several angles, below.
The Final
Graham Carey v Yeovil - 63.69%
Graham Carey v Morecambe - 36.31%