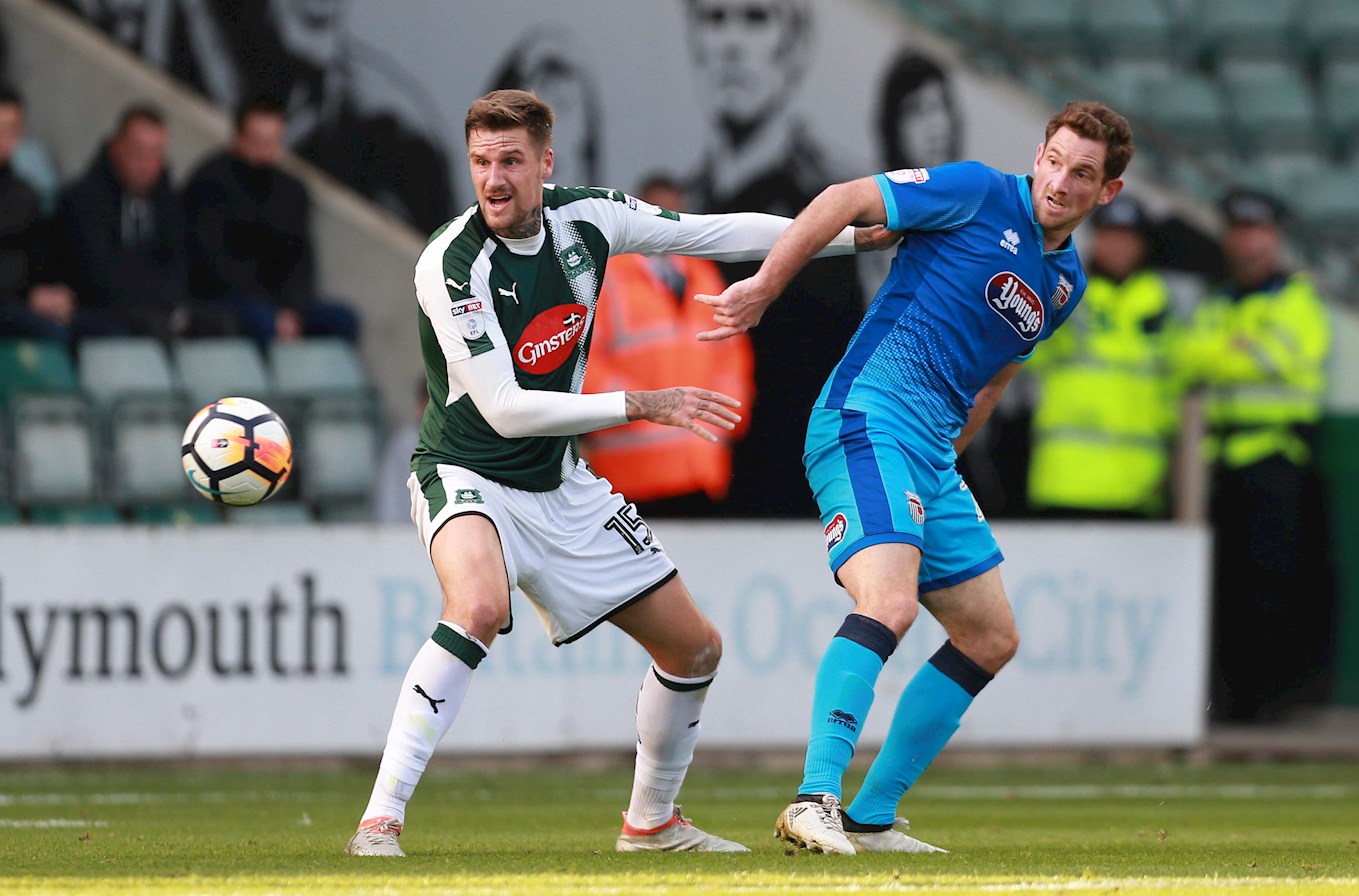 TOGETHERNESS within the players, staff and fans is what Sonny Bradley believes to be the driving force behind Argyle’s recent upturn in form, continued by a 1-0 win against Grimsby Town.

The Greens followed up a run of four Sky Bet League One games unbeaten by reaching the second round of the Emirates FA Cup, with a ninth-minute stunner from Graham Carey proving to be enough to earn Argyle ball number 21 in Monday’s draw.

All these results come after a much-talked-about ‘player’s meeting’ after an early-season defeat, as the squad looked to regain control of the campaign. Performances and results have certainly improved since that day, and Sonny believes the simple enough sentiments shared during that meeting are being followed to the letter.

“In that meeting, in a nutshell, what we said is we’ve got to stick together,” said Bradley. “We’ve got to work even harder and, if we do, then the results will come. We’ve proved that that can happen.

“When results aren’t going our way, you stick together – not only as players, but as staff as well. That’s exactly what we’re doing at the minute. Nobody’s turning against each other. I’ve been in dressing rooms before and players have turned against staff, players turn against players. Before you know it, the downward spiral is so rapid it’s frightening. We realise that we can’t do that. We’re going to stick together.”

That togetherness is visible on the pitch, with players adapting and working hard to be part of a successful side. Yann Songo’o is the perfect example; as Sonny returned to the team, Songo’o moved into midfield and further bolstered Argyle’s defensive solidity.

“Yann does a lot of work for us; for me and Eddy [Ryan Edwards],” said Sonny. “I could be here for the next three hours praising Yann for how good he’s been so far this season.

“We’ve found a way to make it work. Me and Eddy sit a little deeper, trying to talk to Yann and control Yann, screen him and stop it going into the strikers. Then we just build from there.”

The team mentality clearly spreads further than just the team, though, with the Green Army continuing to back the side through thick and thin. With that continued support driving the side on, Sonny believes there is much more to come from the squad.

“The fans have been right behind us every game,” said Bradley. “Every home game; every away game; even when we’ve been beat, they’ve waited until the end and clapped us off the pitch.

“I still don’t think we’re anywhere near our best. I think we can jump up a couple of gears and become an even better team. When we do, we won’t be bottom of the league.”