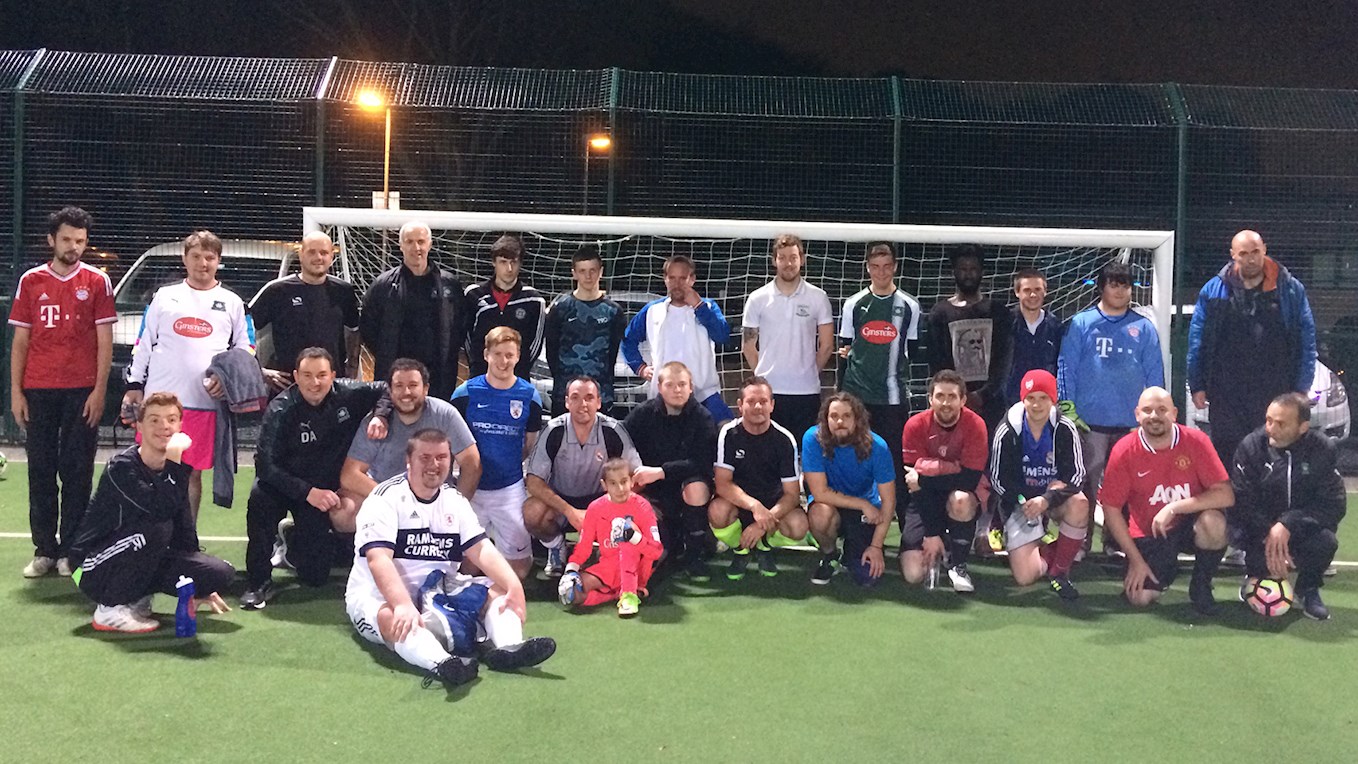 ARGYLE manager Derek Adams is lending his support to the Argyle Community Trust’s Adult Ability Counts squad after seeing the players in action.

Derek was extremely impressed by the commitment, enthusiasm and quality of the players in the Ability Counts programme after watching them at a recent session at Lipson Co-operative Academy.

As a result, he has committed to personally covering the cost of all training sessions for the remainder of the 2017-18 season, which means attendance at Ability Counts will now be free of charge until next May.

Derek said: “Community coach Mickey McCloskey invited me across to witness the training, and I took part.

“Some of the players don’t get out during the week and I just thought about giving something back that they would appreciate.

“I’ve offered to pay for the players to go there for the rest of the campaign. It allows them to spend the money somewhere else. It helps everyone out, from that point of view.”

Health and Disability Officer Josh Grant expressed the Trust’s gratitude to Derek. He said: “On behalf of the players in Adult Ability Counts, we are extremely grateful to Derek.

“It was clear to see, on the night, Derek thoroughly enjoyed being involved with the players and I know they had a fantastic time. This gesture is a real boost to continually improve access and opportunity for footballers with a disability.”

The Community Trust has a number of teams competing in the Ability Counts League for footballers with PAN disabilities. The Trust is also working with a number of partners to increase mental health football, disability-specific teams, such as a deaf football club