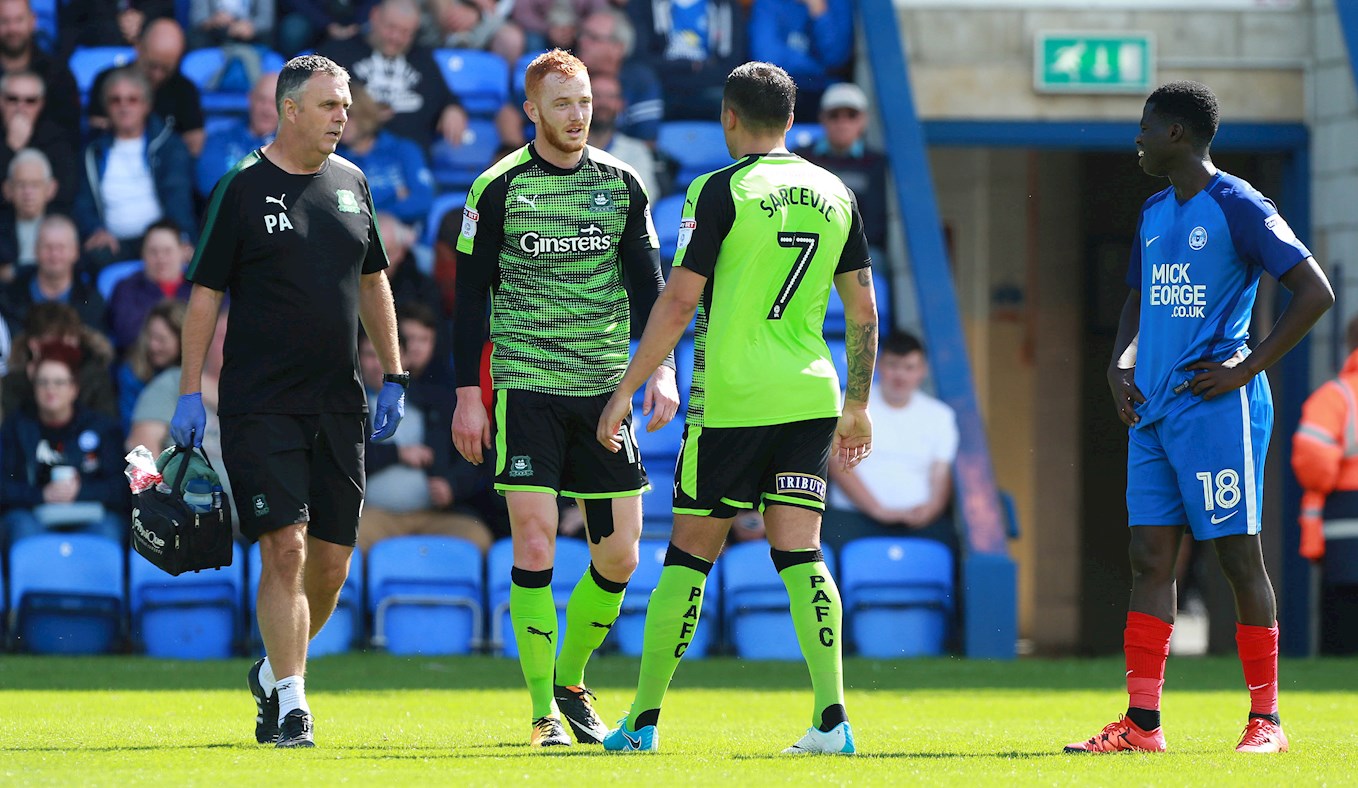 Tayls from the Physio's Room

RYAN Taylor is on track to make his return from his broken ankle on schedule, with the striker hoping to return to full training by the end of the month.

Tayls was forced off just 20 minutes into the Sky Bet League One trip to Peterborough United on the opening day of the season when, despite initial hopes that he could carry on, it soon became clear that the injury was a serious one.

He said: “I went down and thought ‘It’s obviously painful but maybe it’s not that bad’. Then I’ve got the feeling back in my foot and it doesn’t feel too bad, but then I’ve gone back on the pitch and tried to do a little hop and realised something isn’t right.

“Then the physio’s come on and the rest is history.

“I’ve had breaks before, but nothing the same as this, so everything’s new to me at the minute. We’re managing it as we go and they [the physio team] are doing a great job.”

Recovery has gone well for Ryan, with no setbacks recorded, leaving him positive of making a return on schedule, but he will not be aiming for a particular game, even though there is the tantalising prospect of his former club Oxford United visiting Home Park next month.

He said: “[I’ve] started up the rehab now, starting back running. When I first did it, they said three months and I’m on course for that. I’m not targeting a game; I just want to get back fully fit and get back into full contact training.”

Taylor admits the recovery process has been frustrating – and will mean a repeat of the work he has already done in pre-season – which has made him keen to get going at times.

“It’s never nice being injured, especially first game of the season,” he said, “and having done all that track work; now I’ve got to do it all again. I’m dreading that next week, but anything to get back fit.

“I get told off for it all the time because I’m pushing it; trying to do too much; trying to get back quicker. In hindsight, it doesn’t really help – the bone takes as long as it takes. You’ve just got to let nature run its course.”

Taylor is far from being the only player sidelined at the moment, a fact which makes him sympathise with manager Derek Adams.