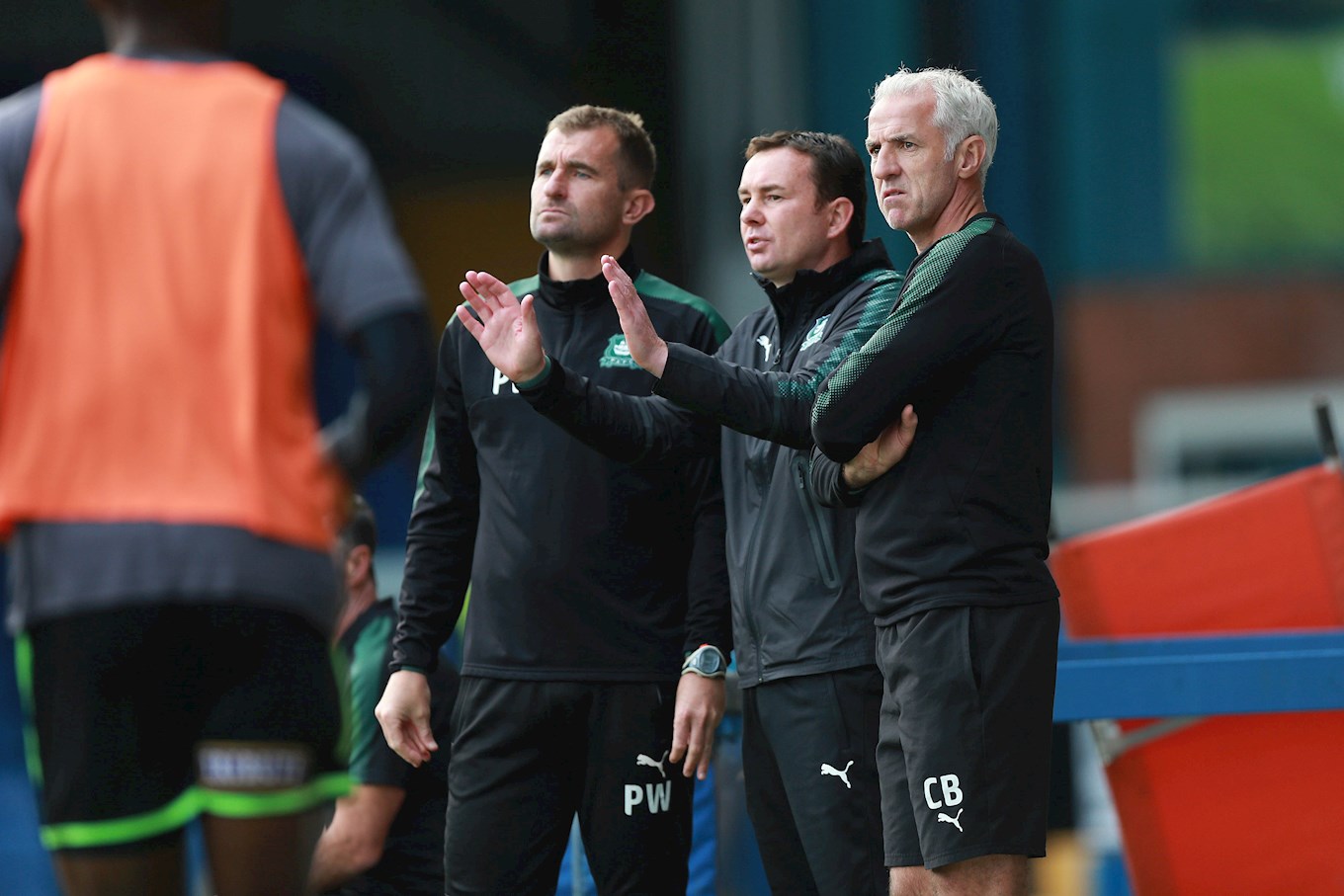 DEREK Adams is not a man for singling out players for praise, typically.

However, after Argyle’s 0-0 draw at Bury, the Pilgrims’ boss was moved to waive his usual, self-imposed restrictions for two players, albeit briefy, , from either end of the experience spectrum.

Firstly, his skipper; Luke McCormick, making appearance number 345 for his beloved club, continues to astound even the most ardent Pilgrims who have sung their ‘Super Luke’ refrain at him all across the nation.

With seven minutes of the game to go, and already having made a couple of quality saves, McCormick landed awkwardly on his left leg, and required some treatment from physiotherapist Paul Atkinson. To add further jeopardy, Argyle had made their three substitutions.

Clearly in pain, Luke not only soldiered on, but made two saves of which sumptuous praise would be lavished on fit, healthy, international goalkeepers, never mind someone from League One with one leg.

“A couple of saves from Luke gave us the point today,” said Derek. “Luke made a couple of very good saves, and I was delighted with that; delighted he was able to pull off those great saves.

“He’s ok. Just a little knock to his ankle and his Achilles, so we’ll assess that. After his injury, he managed a number of very good saves. That was the highlight of the last five minutes, but, overall, I am delighted with the team today. It was difficult coming here; we came out of it well.”

The next name to permeate the usually rock-solid Adams filter was that of Alex Fletcher., even if just for one line. The teenager, in his first season as a professional, has played 340 fewer Argyle matches in his career than McCormick – around 1.45% actually – but was brought on as an option from the bench, ahead of other more experienced players, and not for the first time.

“He’s only 18 years of age,” said Derek. “We’ll keep on working with him. He’s got something that we need in the squad.”