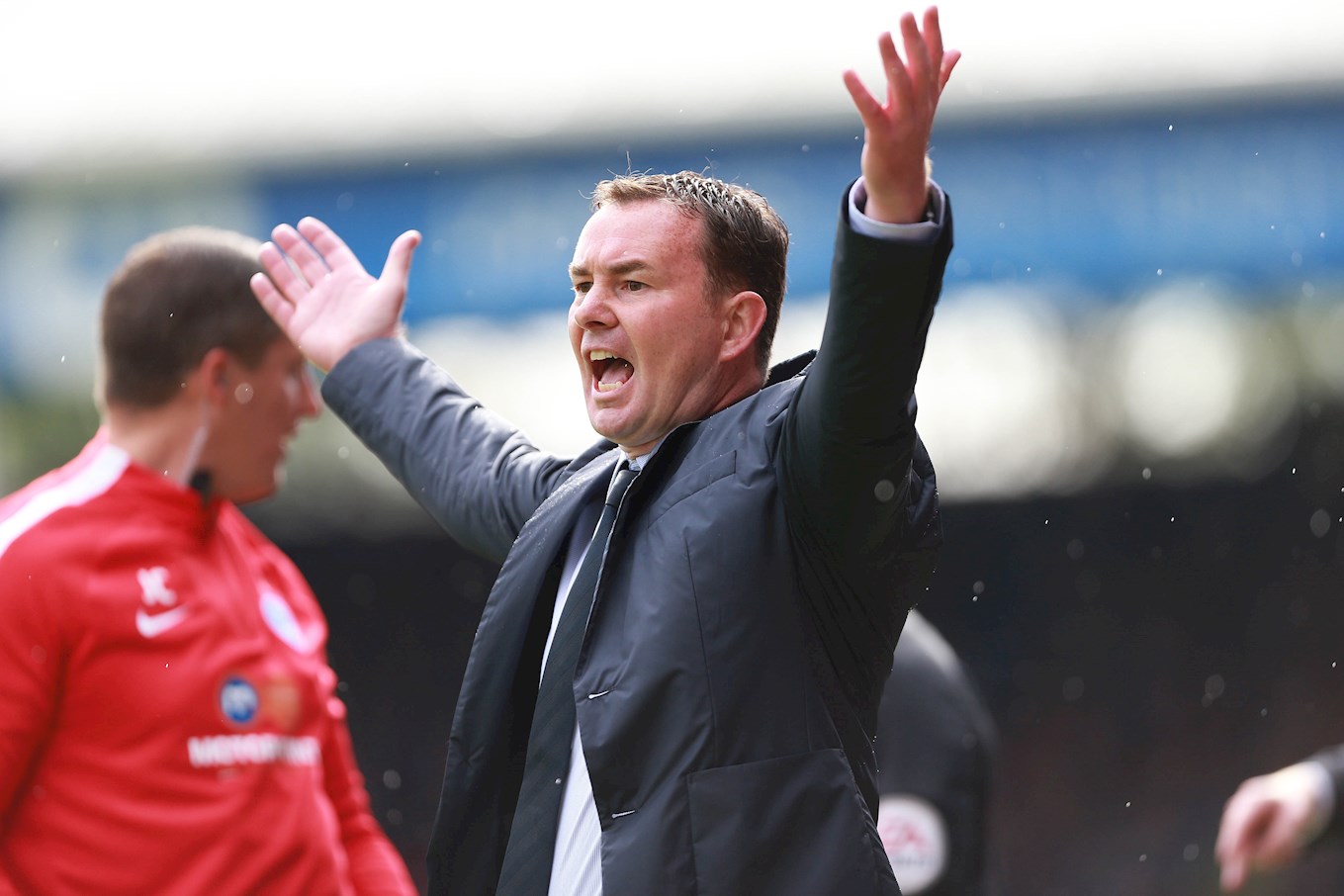 DEREK Adams has thrown a protective arm around his players this week as they prepare for Saturday’s Sky Bet League One visit to Bury.

The Argyle manager sees it as his personal responsibility to absorb any criticism which has come the Pilgrims’ way in the wake of their disappointing and bizarre start to the season.

Three own goals and three sendings-off in their opening seven league matches – including as a double in Tuesday’s 3-1 home defeat by Blackpool – has contributed to a haul of just four points which has left the Pilgrims in the relegation zone at this early stage of the campaign.

It has also brought predictably strong and largely intemperate judgment from the 21st century online refuges of instant opinion, from whose broadsides Derek is eager to shield his squad.

“In the modern era, that is very difficult – the way social media has gone and everybody needing a story, so to speak. So we try to keep them away from it as best we can, just to keep them in a positive frame of mind.

“People, a majority of the time, are able to hide behind a keyboard and have names that are not their own – that’s the nature of the world; it happens in every walk of life and is something we have to get used to. It’s not right, but that’s the way it is.

“You get flack when you’re doing well, as well. It’s all the same.”