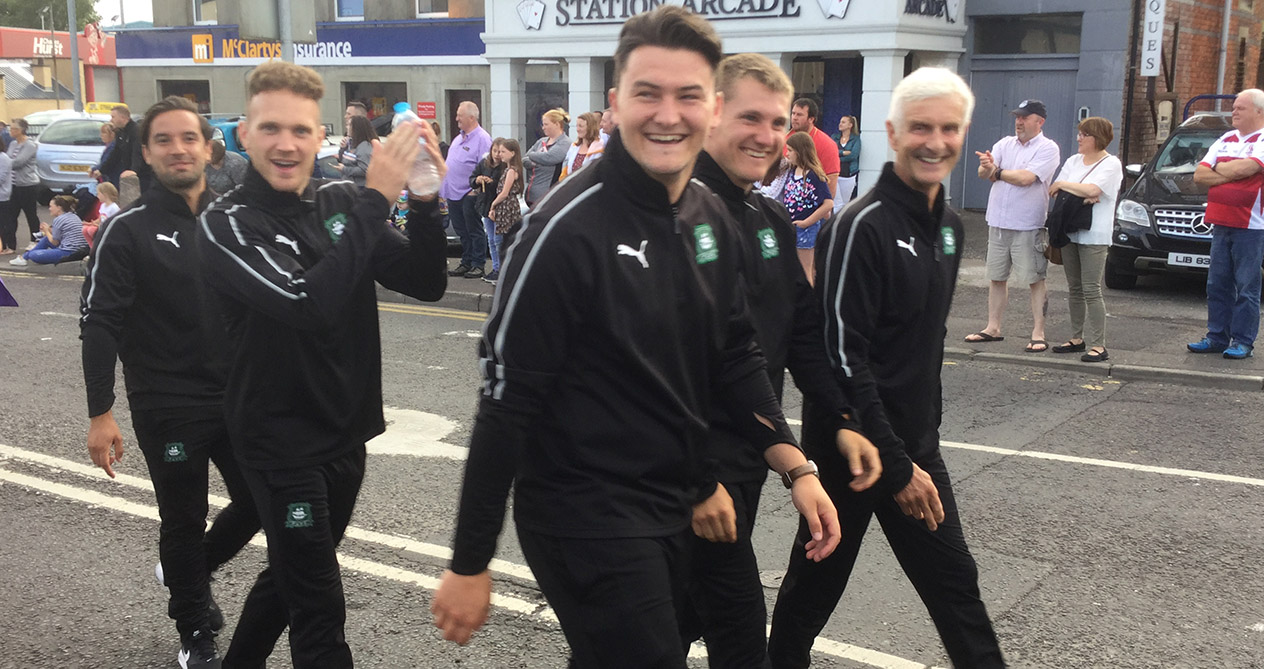 ACADEMY Manager Phil Stokes has praised Academy and first-team staff for the superb achievements of the Pilgrims' squad in this year's Northern Ireland Super Cup.

The Young Pilgrims have had an excellent tournament and are unbeaten in four games going into Friday's Vase final against Mexican side Chivas.

"It has been a team effort," said Phil.

"We have seen the benefit of having a number of coaches assist with the preparations this year. Several Academy staff who are not over here have been involved in the training and preparation, and some first-team staff have taken the time to help.

"Assistant-manager Paul Wotton has been involved with some of the defensive work and first-team coach Kevin Nancekivell, who has observed training, took the time to explain to the boys about what is expected from them at the tournament. Kevin passed on his knowledge which was gained by attending the two previous years.

"It has been a real collective effort and even Academy Director Kevin Hodges took the time to coach striker Oscar Massey, who has obviously benefited from it after scoring four goals in his first four games."

"All 18 of the squad have been used in the four games so far," he said. "When required to perform, all players selected have been outstanding. They have all played an important part - that is a sign of a collective team and real togetherness."

"Regardless of their age, these boys have put a real hard shift in every game and we are now looking forward to Chivas in the final - aiming to beat them for the second time this week."

When asked about the togetherness of the backroom team in Northern Ireland rubbing off on the squad, Phil said: "When you are working, there is a serious side and we all understand that, but, when we are off the pitch, there is a lot of time when the players are resting and recouperating.

"The recovery period is so important with five games in five days. The players have fun on the beach as part of their recovery; this is all part of it as they get to know each other in very different circumstances to when they are in the Academy.

"They have been superb, both on the pitch and off it and that has been confirmed by the amount of people who have commented on their behaviour and manners."