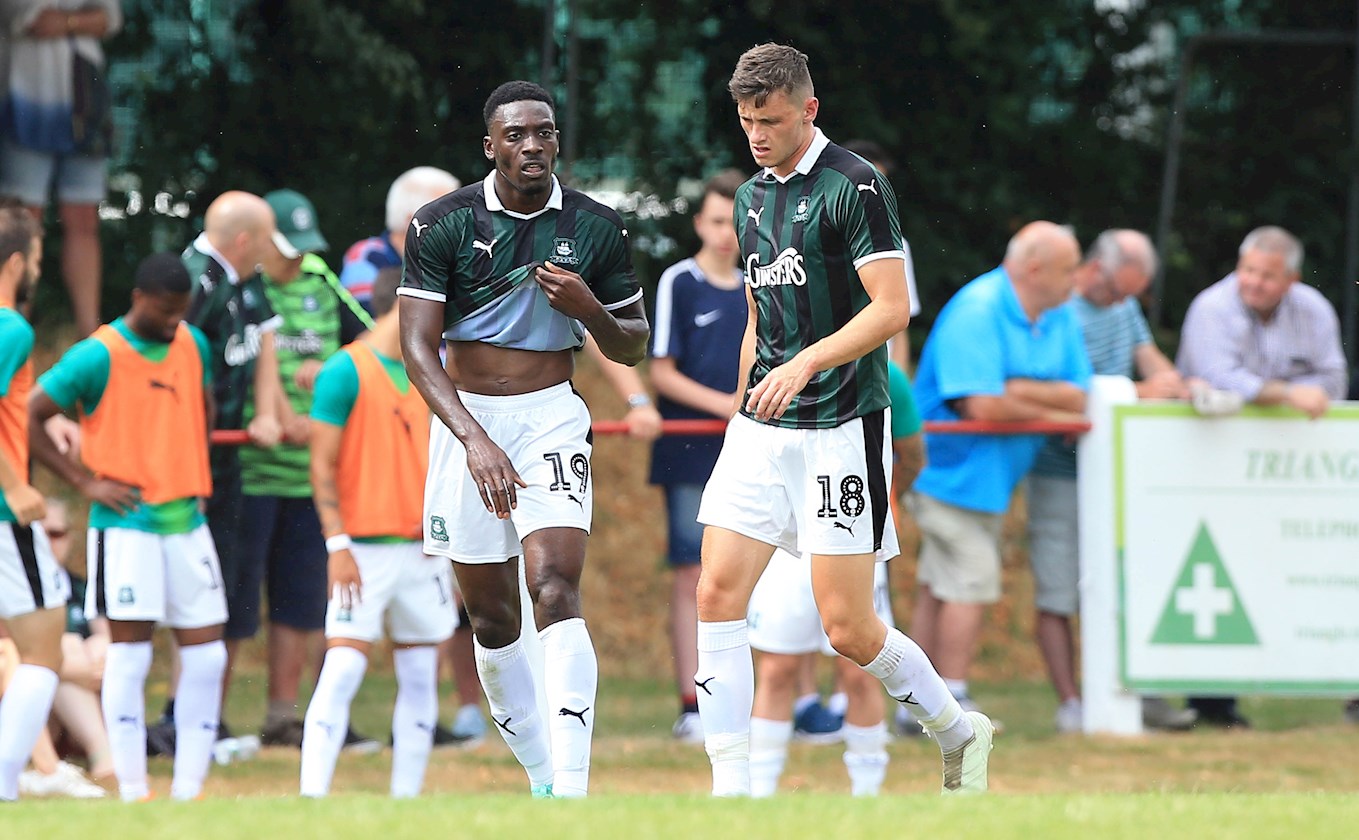 FREDDIE Ladapo, one of the four goal scorers in this Saturday's 5-1 win over Tavistock, is settling into pre-season and the team well.

Derek Adams’ pre-season training is known to everyone as being incredibly tough and hard work, but Ladapo knew that from the start.

“I think it has been very tough, it’s probably the toughest pre-season I’ve had; training everyday, high intensity, high tempo,” Freddie said “The hardship of it actually builds a stronger bond with everyone because everyone is feeling the same pain and everyone had to go through it and pick each other up together so I’m enjoying it at the minute.

“The physio told me when I was doing my medical and everyone told me ‘it’s going to be a tough one for you’.

“You always know pre-season is hard anyway, but when you come down to it, no matter where it is, you’re always going to say “why do I have to go through it?” but I’m enjoying it.”

During training, it gives the team a chance to bond and get to know each other, at the same time as becoming fit enough to face the season ahead, as Freddie is aware.

“The manager has seen what he has, what shapes he can work with and what suits this team well and as long as we are there doing and showing what he wants to see then that’s all we are concerned about.

“Especially in League One with the amount of games that you do play, you need to be very fit to endure that long season.

“Hopefully this season we can carry on the process of doing well and take from last year and build on it from this year.

“Pre-season has felt quite short and in three weeks I hope we are all raring to go and all fit and ready- which I think we will be.”

Ladapo was one of ten new signings for Argyle over the summer who have all been working hard to settle in with the others.

“When we first joined, we were all in a hotel together, so you do build that bond with them straight away before you even get into the team."

Originally from Essex, Ladapo has travelled over many miles to find somewhere to settle and he thinks Plymouth could be the right place for him.

“In previous places I’ve gone to, like up in Manchester, the weather is completely different," he said. "I came here and it’s exactly the same as London so it’s not that different, other than not being around family and things like that.

“That’s the sacrifice you have to make and I think I am more than ready to do it here.”

With the large number of squad members this season, everyone is fighting to get their position in the starting line-up, including Freddie.

He said: “My main focus is to keep being in the right areas, keep creating chances and obviously I do want to score.

“I don’t want to be hitting the post so it was good to score [today] and it just shows that I’ve got a little bit more work to be doing.

“I like being up there, creating chances and being a threat.

“I think you can see in my matches that I do really want to be there and me making that move here is because I do want to succeed in my football career and I really want it to set off at Plymouth.”