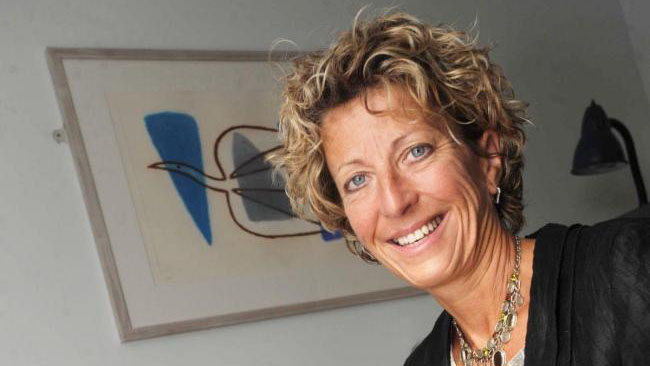 JO Cubbon is looking forward to using her new role as an Argyle director to broaden the appeal of the club and to help people become more involved in sport.

Lifetime health professional Jo is a self-confessed “sports nut”, an enthusiasm that goes back to her time as a national-level 800m runner. As a former Chief Executive in the National Health Service – most recently with Taunton and Somerset NHS Foundation Trust – she is also passionate about fitness.

She said: “The opportunity to do those roles over the years showed me the disastrous impact that bad health has on you and your ability to do things that you want to do.

“I have seen the raw end of people who are unfit and what it can do to you. Knowing the importance of that reinforces the attraction to me about what the Argyle Board are trying to do in really getting the community to be an important part of the football club.”

“The motivation for me joining the Board was to be able to help support the club in continuing to strive to get to a place where Plymouth Argyle is a really strong club within its community, as well as being a strong football club outside its immediate community.”

“I have a passion about people getting involved directly and indirectly in sport.  The benefits of sport are not always about taking part directly and much can be gained for individuals being involved in other ways.

“I do a lot of work with Plymouth Magistrates and I know there are huge opportunities to be gained by bringing the community and Plymouth Argyle together, enabling more people to be a part of sport”

On a personal level, Jo practices what she preaches, although not at previous impressive levels as a top-flight athlete.

“I’m a bit of a sport nut, whether it is football or rugby,” she said. “I follow it all. That stems back to early childhood days, when I took part in lots of sport.

“I ran the 800m, mainly. When I first started running, at that time, girls couldn’t run 1500m. As I got into my late teens, they suddenly allowed femalesto run the 1500m– perhaps they realised we were not too delicate! – so I did extend into the 1500m when I could. Since that time, I haven’t been doing anything like that on a competitive level, but do still enjoy running.”

Jo was impressed with the Argyle Board’s emphasis on standards and values, which, as a non-executive Director, she will now play a vital part in forming and adopting.

She said: “Running an organisation that supports strong values and behaviours, and exemplifies those values, is important – and hard. There are times when you are asked to make a decision which wouldn’t support the values and  you have to be strong enough as a Board to say: ‘No’

"Leadership of the values for any organisations must be led by the Board.

“That’s the way you build up confidence and reputation, as well as belief. I know that from working at Taunton Hospital. I spent a long time working with staff, working out what our values are and what did they mean?

“That paid dividends because then you get people who are engaged and have a belief which makes the staff do all sorts of amazing things.

“However, when people doubt and aren’t sure and don’t have confidence in a business, then they won’t go that extra mileand they won’t do amazing things.

“Being a great football club is all about having amazing staff and fans.”