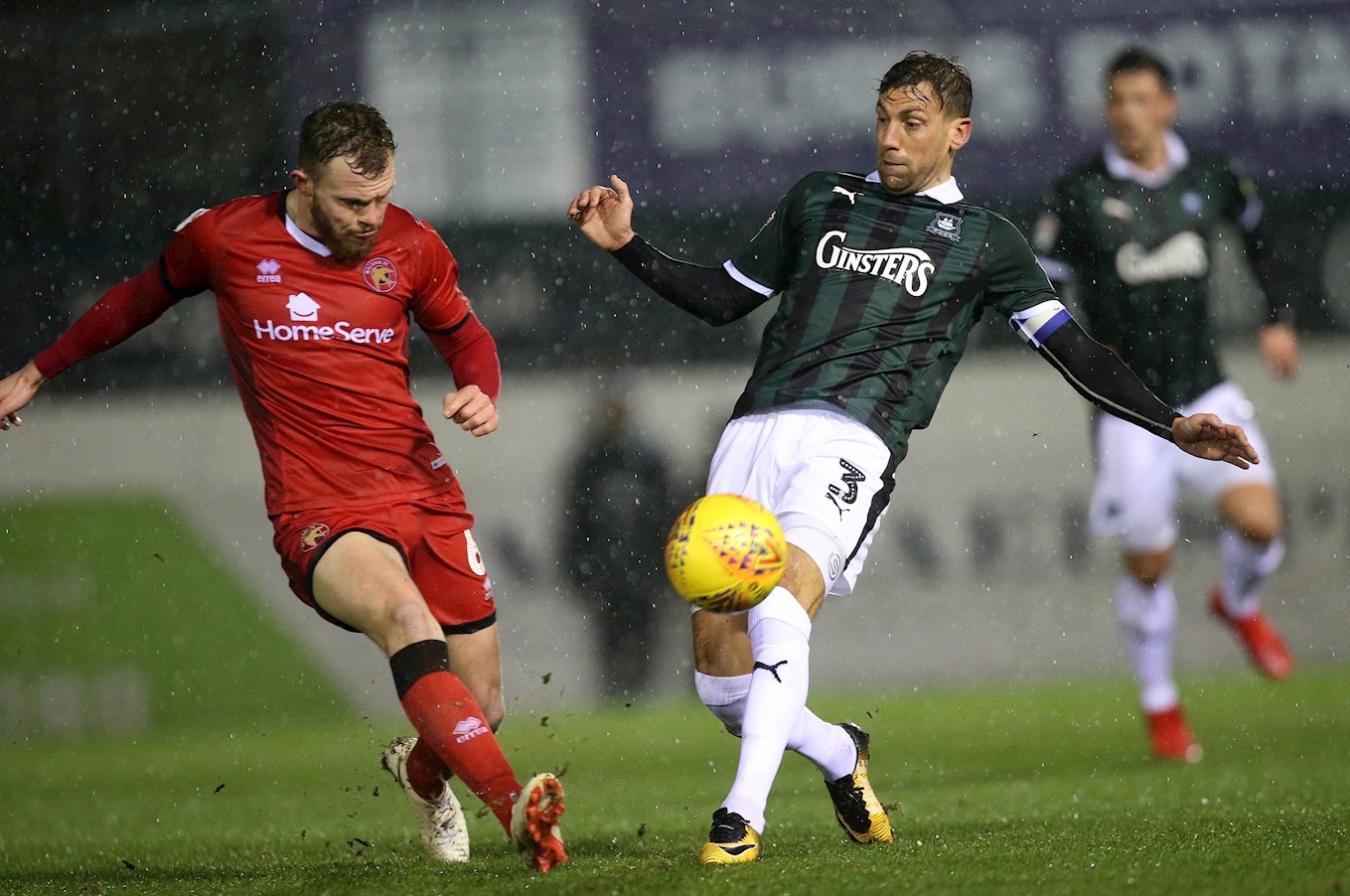 Deal with the Pressure

ARGYLE skipper Gary Sawyer says that everyone in the Argyle squad will need to be able to cope with levels of pressure on their shoulders in the game against Accrington Stanley in Sky Bet League One on Saturday.

Gaz is as adept at handling pressure as anyone in the camp, having experienced the ups and downs of life at Argyle across two spells, after rising through the ranks at Home Park.

As captain, he feels it is his responsibility to pass on his experiences over the years, but he is not the only one who is capable of bestowing their knowledge on others when the going gets tough.

“Pressure is not an easy thing to deal with but everyone in football would have dealt with it at some point,” he said. “Maybe the younger boys not as much, but the older boys definitely. It is hard to deal with, there is no easy way round it.

“You have to draw on experiences from previous years and use that to your benefit. It’s a privileged position to be in and it means you have to care about what you are doing.

“Its not just me, we have the likes of G [Graham Carey], Sarce [Antoni Sarcevic], Foxy [David Fox] and Tayls [Ryan Taylor]. We have got good old heads in there.

“We’ll put an arm round the boys, if they need it, to help everyone out. We just have to make sure that everyone is pulling in the same direction, which we are doing.

“As captain, I believe in everyone in the dressing room, we have some fantastic players in there, who only need a split-second to go and change a game.“