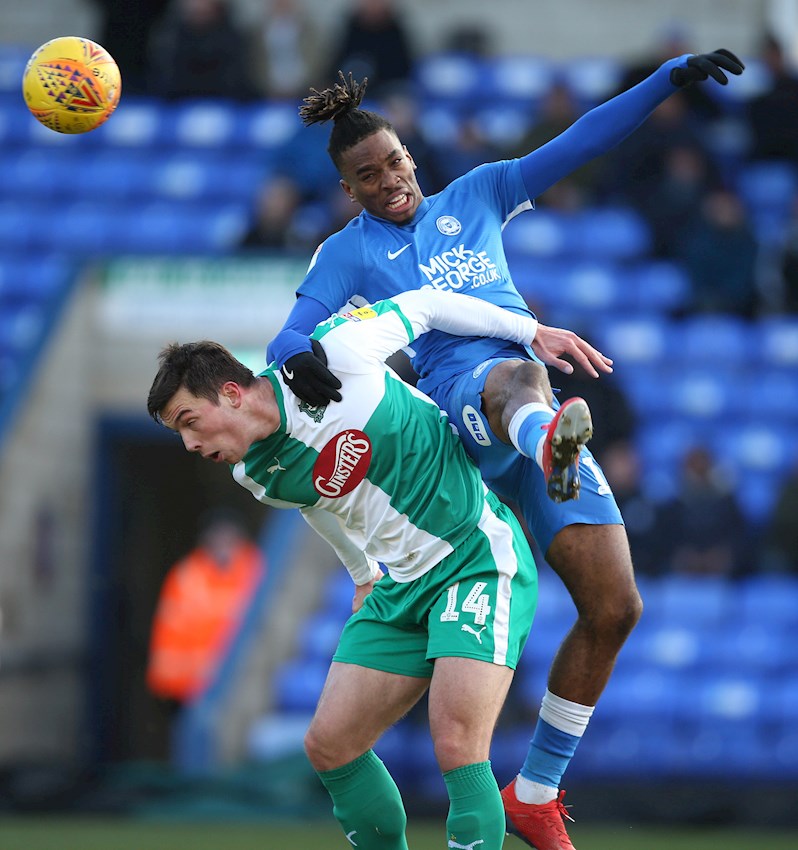 AS the Sky Bet League One campaign draws to a close in dramatic fashion, Argyle centre-back Niall Canavan is beginning to reflect on his first season as a Pilgrim.

“I’ve enjoyed it, it’s been a good season,” said Niall. “A bit of up and down, a bit of everything really. It’s been eventful, and I’m just thankful that I’ve been able to get out there and play as many games as I have.”

First-team appearances are certainly not something that the Yorkshire-born defender takes for granted, having suffered with an ankle injury that sidelined him for much of the previous campaign at Rochdale, culminating in surgery. Fortunately for Niall, and for Argyle, his rehabilitated ankle has held up nicely, although Canavan has acknowledged that he found pre-season challenging.

“The injury last year, I had an operation just before Christmas,” said Canavan, who was capped at under-21 level for the Republic of Ireland. “I had from then until coming here to get that right. Pre-season was tough, I’m not going to lie.

“The gaffer is renowned for having a tough pre-season, and when you’re coming back with a frame my size and a bum ankle, it’s not the most enjoyable at times. It was very much a process of my body adapting and getting used to the rigours and strains of what had been prepared.”

Having suffered from a couple of niggles earlier on in the current campaign, Canavan has emerged as the preferred partner for Ryan Edwards at the heart of the Pilgrims’ defence, and the former-Scunthorpe man is keen to play his part in Argyle’s battle to secure their Sky Bet League One status for another year, even if it means relegating his former side on the final day of the season.

“I’d be lying if I didn’t say the Scunthorpe game has crossed my mind,” he said. “I’ve had a few people from my time there just sort of asking me ‘please don’t relegate us on the last day’. It doesn’t really make any difference to me. If I score and it helps us, then that’s all I’m thinking about.”