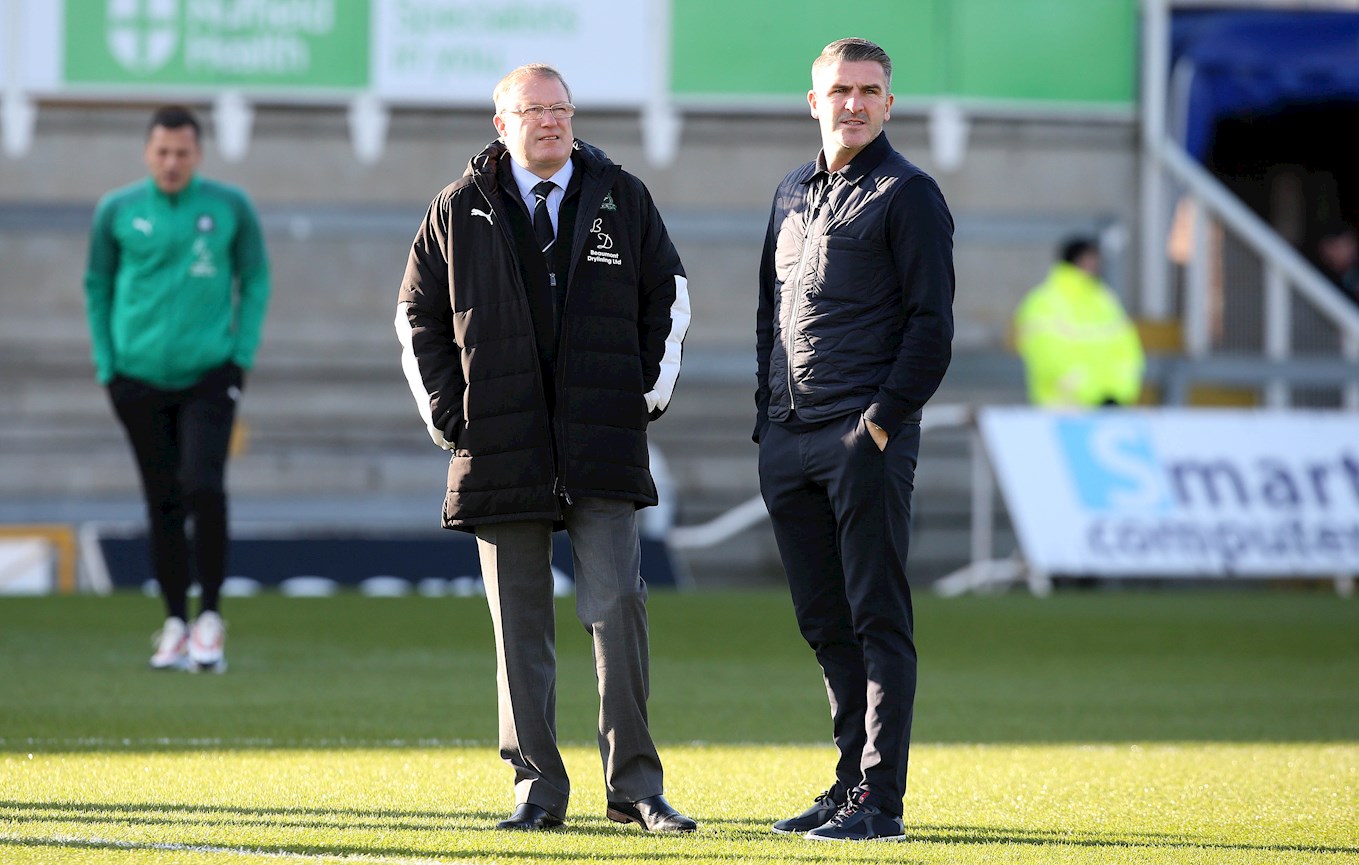 THE arrival of Neil Dewsnip as Argyle’s new Director of Football will also see him acting as an occasional referee between the young management duo at the Pilgrim helm.

Manager Ryan Lowe and his assistant Steven Schumacher have worked previously with Neil, who has an extensive coaching background with Everton and the England FA, as the experienced football operator provided guidance for Ryan and Schuey during their successful time with Bury last season.

While Neil’s primary role will be to oversee all football matters, he also acts as an occasional intermediary between the management team, who began their professional relationship as team-mates at Crewe Alexandra.

“It does [get a bit feisty]. Apart from the fact he’s Liverpool and I’m Everton, it does get feisty because we’re both passionate people and strong-willed with our ideas. We bounce off each other really well and Neil does sometimes get in the middle to referee.

“It’s important to have that senior figure, helping out and giving us bits of advice, so we hopefully come to the right decision.

“Ryan is probably a bit more impulsive, that’s his strength, he feels a lot of things in his gut. I’m probably a little more thoughtful and do things slightly differently. As long as we come to the right decision at the end, that’s all that matters.

“It’s brilliant [to have Neil here]. We’ve known each other for a long time and he’s fantastic, with all the experience in the world. He helped me and Ryan last season at Bury and we asked him to come and do the same sort of thing for us down here.

“His role has evolved and developed. He’s now fully part of the Green Army, the Board of Directors are pleased to be working him and we’re made up to have someone of his calibre on board, except for my missus, because he stays with us quite often and we have the odd glass of red wine.”