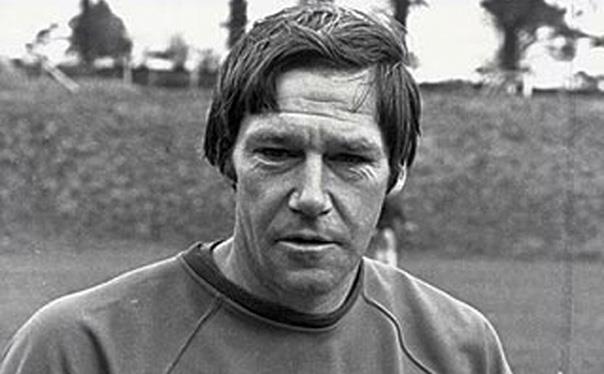 LEGENDARY former Argyle manager Tony Waiters is looking forward to returning to Home Park for the first time in over 40 years, having emigrated to Canada shortly after his spell in Devon ended.

“I’ve got to do a bit of homework, it’s been over 40 years,” said Tony, who managed Argyle between 1972-1977. “I’ve looked at a lot of the names of people coming and I’m racking my brains trying to recall everyone.”

Tony’s astute management oversaw one of the more memorable and successful eras in Argyle history, with the club earning an appearance in the League Cup semi-final in 1974, before winning promotion one season later. Tony moved on to Canada, and the Vancouver Whitecaps, in 1977, before two spells in charge of the Canadian national team. In that time, Tony has made a handful of trips back to Devon, but never to the green, green grass of Home Park.

“Well, we’ve been back since,” he said. “When we first came out here [Canada], we were living in Modbury. So what we did, because the seasons were different – in Canada it was mainly a spring-summer season - I’d go back with the family at the end of the season and use Modbury as the base to do the scouting. That went on for maybe three years after we left Plymouth, and then we eventually sold the house.”

Tony’s management style was well ahead of its time. Under his leadership, the club developed Harpers Park, the training ground still used today, as well as encouraging the use of video analysis – a staple in the modern game. It is no wonder, then, that he enjoyed such a long and prosperous career on both sides of the pond.

“We’re not in Vancouver now, although we have spent most of our time there,” said Tony. “We’re now on what they call the Sunshine Coast – which is a 40-minute ferry ride from Vancouver. It’s a pretty impressive place, and it’s like a British climate, so we don’t mind a bit of rain. It’s more like the South West - you’re surrounded by water and mountains with snow on.”

Tony was inducted in the Canadian Soccer Hall of Fame in 2001, mainly for his exploits as coach of the national side, which included a run to the quarter-finals of the 1984 Olympics, as well as World Cup Finals appearance in 1986. This weekend, though, Tony is looking forward to re-connecting with colleagues where his management career began, right here in Plymouth.

“We’ve stayed in-touch with Billy Rafferty, mainly through my wife and Facebook,” he said. “I speak with Paul Mariner occasionally, because he’s based here in America, I think he’s in Boston.

“It’s going to be an interesting experience for many of us. My wife keeps asking if I’m ready for it! I’m surprised at the number of people coming in this weekend.”

There are still some tickets available for Saturday night’s Green Taverners event – 1974-5, A Dream Season, which takes place in the Green Taverners’ Suite at 7pm. Entry is £15, including a pie and a pint. For more information, or to purchase tickets, contact the Taverners’ ticket-line on 0777 286 9958.