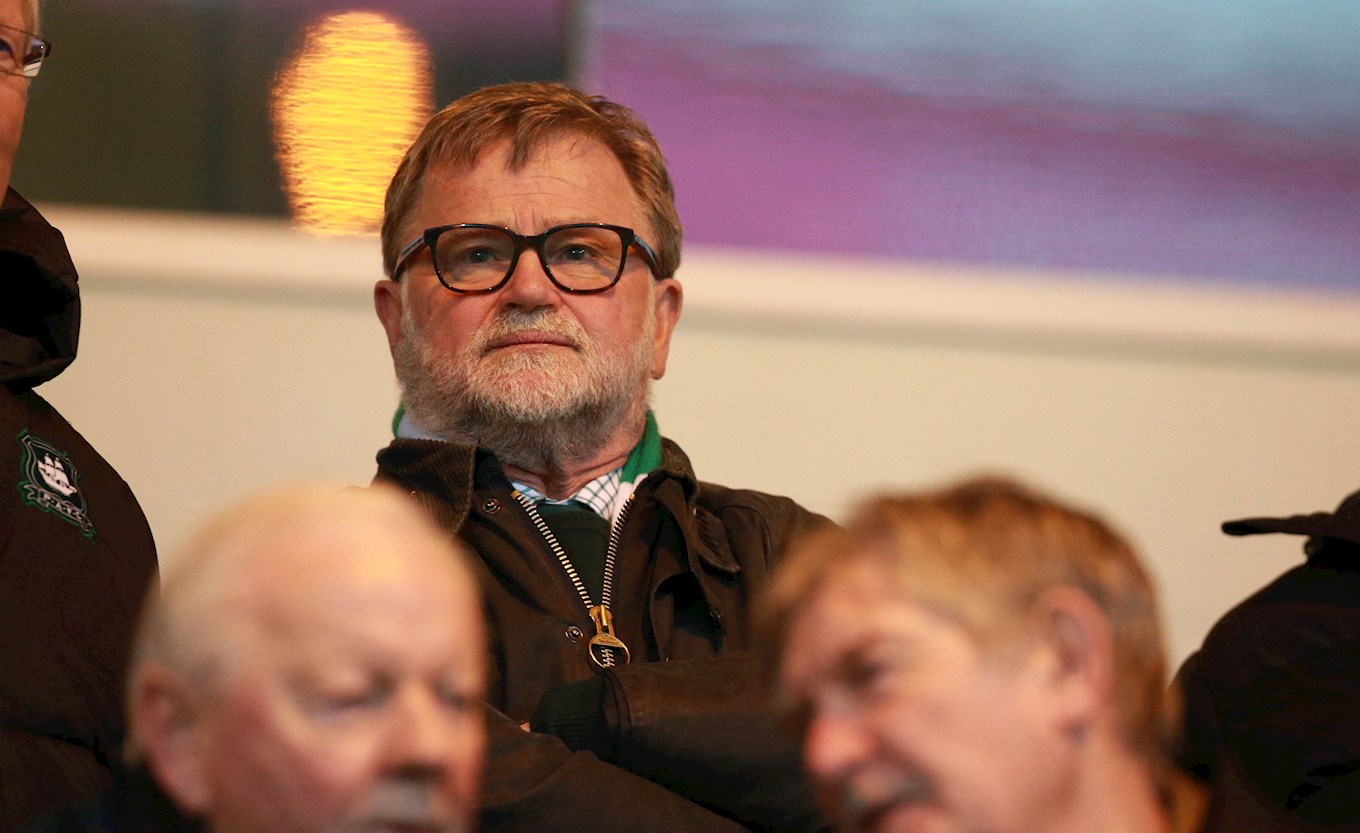 BEST wishes to everyone for a happy and successful New Year!

At the moment, most of our supporters, including me, are paying most attention to the first team – to performances on the pitch; to possible activity in the January transfer window; and to how we can best assure a steady rise up League One.

The best person to speak on those issues, is, of course, Derek Adams, so I will not tread on his turf, but rather confine this letter to other activities and plans throughout the broader club. Please do not think that implies anything about our short-term priorities – avoiding the threat of relegation is front and centre for everyone who can assist in that battle.

Beyond the first team, here are some of the main issues on which we have been focusing:

Academy Strategy
OUR long-term aim is to have a steady flow of high quality players who will graduate from the Academy and achieve their ambition of first-team football, either with us, or with another professional club.

That means that we have had to change the structure slightly, so there is a path from our Under-16s through to the Under-18s and, from there, to the first team, enabling players who have come up through our Academy to stay with us until they are ready for first-team football.

In particular, we’ve introduced a Reserve squad, which now plays in the Premier League Cup and the Central League. We are seeing more Academy players make it to the first team, most recently Luke Jephcott, whom I saw make his debut at Rochdale last month.

We will continue to develop the strategy for the Academy and look for ways to enable us to compete, both in our home territory and outside, for the talent we need.

There is more that we can do, and we have asked Ladies chairman Chris French to work with club director Jo Cubbon to develop a proposal for ways in which the club can better support PALFC.

These are exciting times for women’s football, and, with the women’s World Cup coming up in France next year, and the European Championships being held in England in 2021, we would like to take advantage of the surrounding publicity to show that Argyle fully supports football as a sport in which both men and women can participate at a high level.

Of course, we also hope that, by showing our support for women’s football, we will be able to entice more women to come and watch our first team.

Home Park Family Zone
FURTHER along the above lines, we have made great strides in our offering to families, with a renovated Family Zone that is widely recognised as a terrific facility for our fans who bring their children to watch Argyle. We want more of them to do so!

These youngsters are, of course, the fans of the future, on which the long-term success of the club will be built. We already offer attractive season-ticket prices, and the occasional “Kids for a Quid” expands that offer to those who do not want to commit to a full season of matches.

Even further, I was thrilled that our assessment from the EFL of Family Excellence gave us a terrific review.

This was after only the first of two anonymous visits the EFL’s assessor will make this year, but we scored full marks for friendliness, and extremely high marks on all other criteria.

What is more, there were some very constructive suggestions about how we can improve even further. When implemented, these will solidify our position among the leaders in our family offering in the EFL, not just in League One.

Transparency and Engagement
WE had a successful Fans’ Forum in December, which was well-attended despite having to have it on a Thursday night because the possible venues were booked on Saturdays both before and after home games.

You can see the video online here.

We also published answers to those questions we could not get to here.

If we missed any out, apologies, but let me know.

Chief executive Michael Dunford has also outlined his plans for a Fan Assembly, to which various groups of supporters, including season-ticket holders, will send representatives. We are planning the first meeting for this month.

To date, nine supporter groups have formally accepted an invitation to join the Assembly. We are now seeking individual nominations online. We expect to hold four meetings each season and that meetings will coincide with home games.

We have committed to being more transparent about the club’s finances, without giving away commercial secrets. We are currently seeking input as to what information is most widely found useful.

We are also working on moving our financial reporting to a June year end, consistent with other clubs in the EFL. It takes time though, so please be patient.

Vision and Values
WE have been working for a while on a statement of the club’s Vision and Values, which I hope will make clear to all what are our long-term goals and what sort of culture we think needs to be in place in order to achieve those goals.

We will be publishing that statement early in the New Year, along with other pieces that we hope will make clear our policies in respect of abuse, whether online or in person. It should be clear that we will not tolerate abuse of our staff, and will take strong action against people who are abusive. We also want to make clear, though, the grounds for any action we take and the appeal process against it.

I should make it clear that abuse is not the same as criticism, or even as booing. Boo away – our job is to give you nothing to boo about on match-day!

Feel free to criticise and make suggestions. I am happy to answer all suggestions and address all advice from people who are clearly well-meaning in offering it.

I will not, though, deal with people being unpleasant to me, or about my Argyle colleagues. I will be the sole judge of hostility!

I have been delighted at the feedback that I have had to my last letter, and with the emails sent to chairman@pafc.co.uk. They have either been supportive, which is encouraging, or very constructive in criticism and suggestions. We have taken those suggestions on board.

One example is in our pricing of food and drink at Home Park. We are experimenting with lower pricing, particularly before matches. At half-time, where we struggle with coping with existing demand, we first need to deal with the queues, and I thank you for the suggestions we’ve had there as well.

When it comes to social media, we will unblock users from our Twitter and Facebook accounts in the New Year. Anyone subsequently blocked will be able to appeal against that decision.

Grandstand Development
THERE is not much to add to the reports on the Grandstand that Jon Back sends out, so I will just say that we are now beyond the pulling-down phase – and at the point where we start to see the new take over from the old. That should be exciting for all of us.

Charity Policy
AS you can imagine, we receive a lot of requests every year to make donations to charities. We have done our best to accommodate them in the past, and will continue to do so, but we have not been as consistent or as clear about our policy as we could have been.

We will publish the policy very soon. Importantly, we will commit to supporting local, not national charities. Further, I am afraid that we will continue to limit the number of match-day collections to eight a season. The result is that there is a waiting-list to hold these at Home Park.

That is it from me. I hope everyone has enjoyed Christmas, and that the New Year brings success, for our team, our club, and for you and your families.