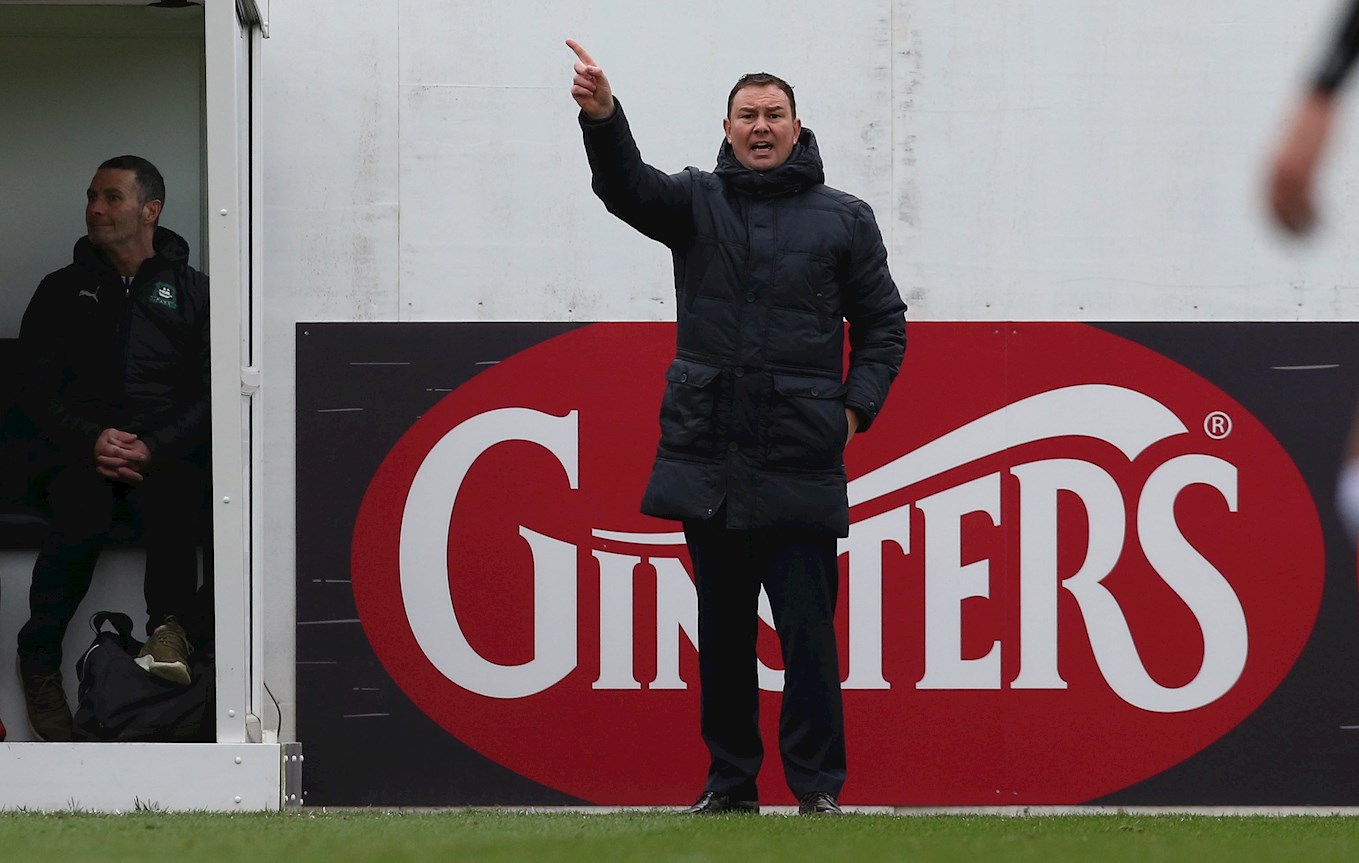 ALTHOUGH there are still seven weeks left of the Pilgrims’ 2018-19 Sky Bet League One campaign, Argyle manager Derek Adams already has his eye on the ball for next season’s preparations.

Most-important in Derek’s mind is the upcoming trip to the Fylde coast to face play-off hopefuls Fleetwood on Saturday, who sit just above Argyle in the top half of the table after the Pilgrims’ resurgence in 2019, but plans are well underway for the next campaign.

As is consistent with the previous pre-season scheduling, the Pilgrims will again undertake a pre-season tour, with at least one training match included, on foreign shores. Additionally, though, the Greens are hoping to host two pre-season friendlies against sides from superior leagues, in order to ensure the squad are ready and raring to go for another grueling EFL season.

“We’ve organised our pre-season schedule, we’ve just got to agree the games,” said Derek. “We’re obviously wanting to play here on the 20th and the 27th [of July] against opposition who are in a higher league than we are, to generate extra money for the playing budget. We’ll go away on a pre-season break, to get the players together, and we’ll play probably one game abroad.”

The Greens’ destination has not yet been finalised, although the Dutch location of Delden has been a firm favourite during Derek Adams’ tenure. The Netherlands is a contender for the upcoming tour, but the Scot is still considering other options at this stage.

“We haven’t clarified just yet, but that’s [Delden] one of the ones on the itinerary,” he said. “It’s a very good one for us, because of the location and the training facilities.”

As well as their tour, and two challenging ties at a swiftly-changing Home Park, the Pilgrims will also play fixtures against a number of local sides to round their pre-season campaign off.

“We will play a number of games against local opposition,” said Derek. “We go to Tavistock because they provide the Academy with a training facility, so contractually we have to go there. We’ll go and play against Torquay, we’ll probably go to Truro as well because we haven’t been there for a number of seasons and we have a couple of players there on loan.

“Unfortunately, last year, I couldn’t get games here because of the stand being redeveloped, but I’ve asked for the ground to be ready for us on the 20th and the 27th of July. The staff behind the scenes are trying to get games against Championship sides, Premier League sides, or foreign sides to come across here and play us.”

Of course, the other element of planning for next season involves securing targets to bolster the Pilgrims’ playing squad, as well as renewing contracts of players due to come to the end of their deals. Derek has meetings scheduled, with both the Board of Directors and Chairman Simon Hallett, to finalise next season’s playing budget in the coming weeks.

“It’s obviously up to the Chairman and Board of Directors,” said Derek. “They’re obviously looking at the finances at this moment in time, and they have to set down the budget before we can start talking to players.

“They’ve obviously got a lot to consider with the new stadium, the implications that that involves, and the new staff coming into the football club out of the football side. They’ve got to structure it in a way where extra revenue can be found to take in new personnel.

“We’ve got a Board meeting at the end of the month, and we’ll probably go out for dinner on one of the evenings, that’ll be where we discuss things.”

While a number of Pilgrims first-team players are coming to the end of their current deal this summer, Derek wants to secure new deals as soon as possible, but is aware that the rise in player power, and the impact of agents, often means it’s a waiting game.

“It’s something that we always want to do [keep your best players],” he said. “We’ve obviously lost out on players before, because other clubs are willing to spend money that we can’t afford.

“Players are in a situation where they hold a lot of power, from the point of view of their contract. Their agents will be touting them to other clubs, but nothing has changed over the years. That’s what the players have employed them to do, to try and get them extra income from another source.”

Although he accepts finances play a big part in whether a player ends up signing a new deal, Argyle’s manager was keen to point out that the grass is not always greener away from Home Park.

“I’ve always said that, sometimes, when you leave a football club, it’s OK if you go and try to move to another club and chase the money,” said Derek.

“But, sometimes you don’t fit into the style of play at another club and your career can take a nosedive. The only player who has gone to another club and really done anything is Sonny Bradley. He went to Luton, who are riding high at the other end of the division. There’s not another player who has left this football club and gone on to much better things.

“They’ve got to be careful with what they do moving away from here, because they suit us, and we suit them.”