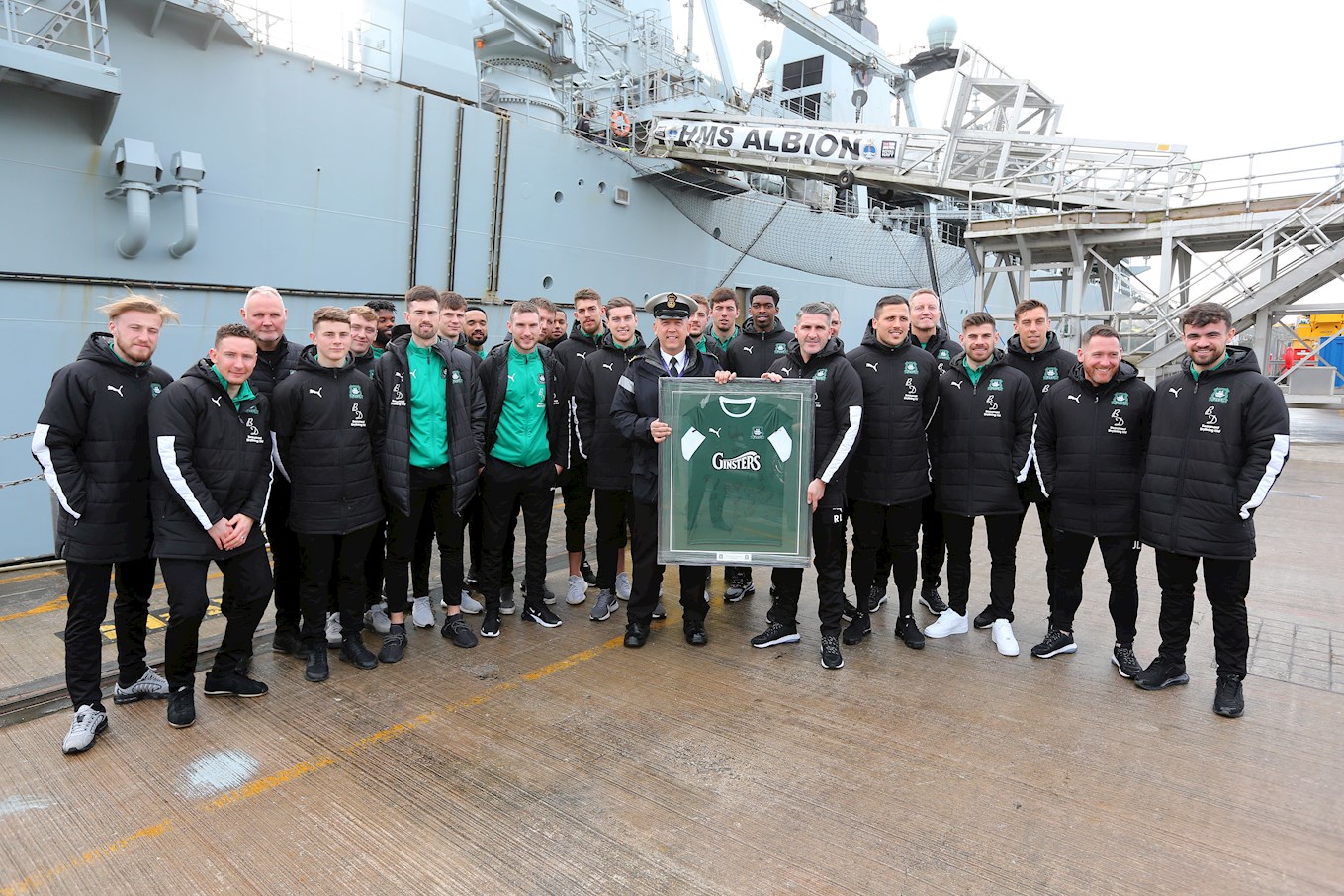 HELP for Heroes’ 40,000 Strong installation is on display this afternoon for supporters to visit and donate to receive their own figure.

It is Armed Services Day at Home Park, as we welcome Cambridge United in Sky Bet League Two, and collectors will also be out in force and money raised will help support wounded veterans, service personnel and their families for years to come.

Injury has forced almost 40,000 men and women to leave the military over the past 20 years – that represents almost a fifth of the population of Plymouth. Many more have other conditions because of their service, including mental health issues, which have emerged since becoming a civilian.

Of the 7,000 veterans living in Plymouth, 2,300 are receiving pensions relating to injuries and/or illnesses attributable to service and would likely be eligible for support from Help for Heroes, highlighting the importance of funding locally.

Army veteran Nick Thomas served in the Princess of Wales’s Royal Regiment, having joined up as a boy in 1991. Just six years later, after tours of Northern Ireland and Bosnia, he was medically discharged because of an arm injury he sustained in service. Since then, he has suffered from poor mental health and Nick and his family have been supported by Help for Heroes Recovery Centre in Plymouth to rebuild their lives.

Nick says he is backing the 40,000 Strong campaign to ensure other veterans have the support he did not get.

“For me, the campaign gives me a sense of belonging,” he said. “When I was discharged, I was on my own. Since being part of Help for Heroes, it brings you together with a group of people who understand what you’ve been through and what you’re going through.

“When you see the 40,000 miniature figures, it reflects everybody in society who had to leave a job they loved and felt part of through no fault of their own. It opens your eyes when you see the carpet of green models representing different injuries and illnesses; you realise you’re not alone;  you’re one of many.”

To find out more about the gaps in support and how Help for Heroes support those that have been medically discharged, visit www.helpforheroes.org.uk/40thousandstrong/