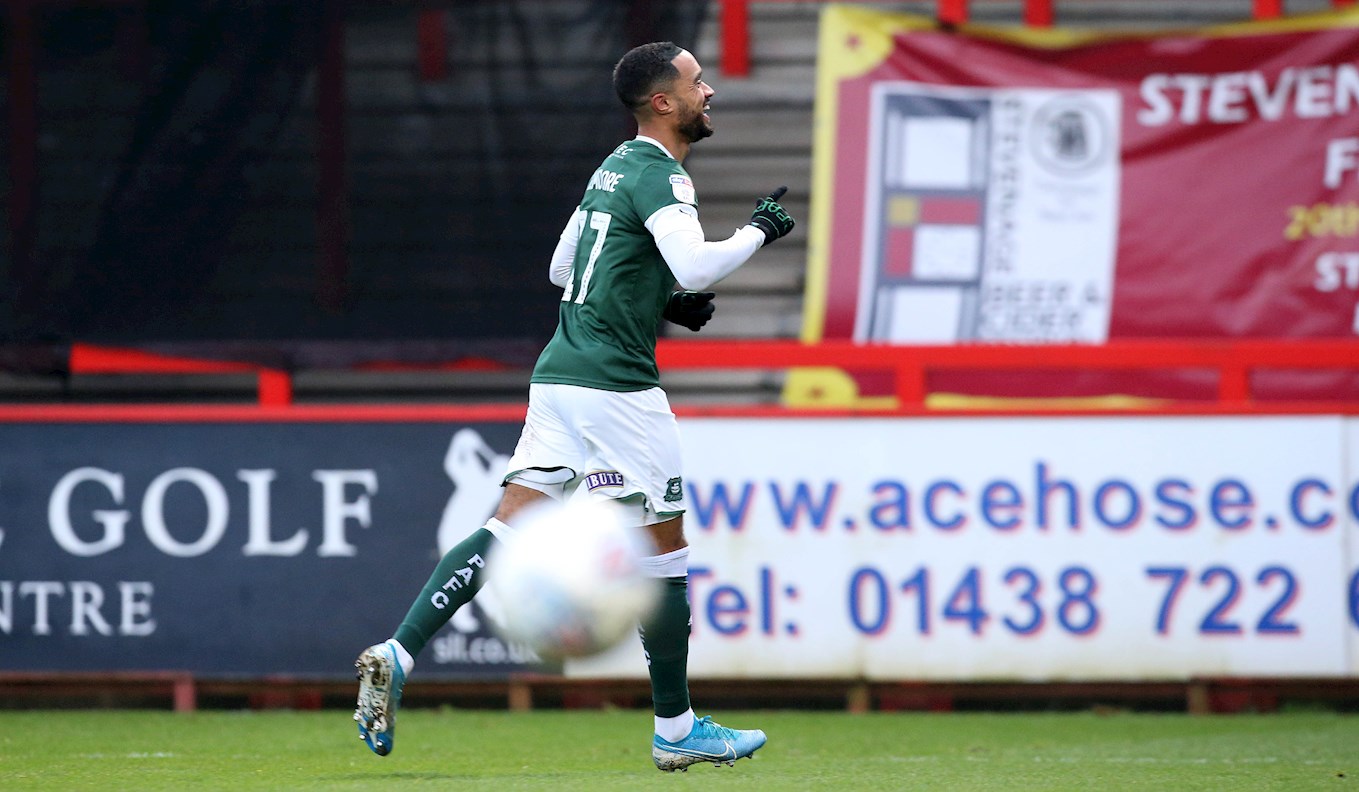 BYRON Moore displayed his key characteristics of pace, power and poise in rifling home Argyle’s opening goal in the 2-1 win at Stevenage on Saturday.

After a blank first-half, Byron latched on to a delightful pass from George Cooper to thump a left-foot half-volley into the bottom corner and set the Greens on the road to three more vital points in Sky Bet League Two.

Ryan Hardie added a second for Argyle, who deservedly held on for the three points, despite a late Stevenage consolation and some home complaints about a possible handball in the build up to Byron’s opener.

“Byron has got the pace and power to run in behind and that’s what he brings,” said manager Ryan Lowe.

“He can play different positions and the last 10 or 15 minutes, he’s been switching to the left wing-back and doing a defensive job for us.

“When he’s through like that, there is only one thing that’s going to happen and that’s a goal. When you get that first goal, it gives you the momentum to go again.

“If it was a handball, the ref gives a handball, but I don’t know. All I could see was Byron control the ball and good job we haven’t got VAR if that’s the case.”