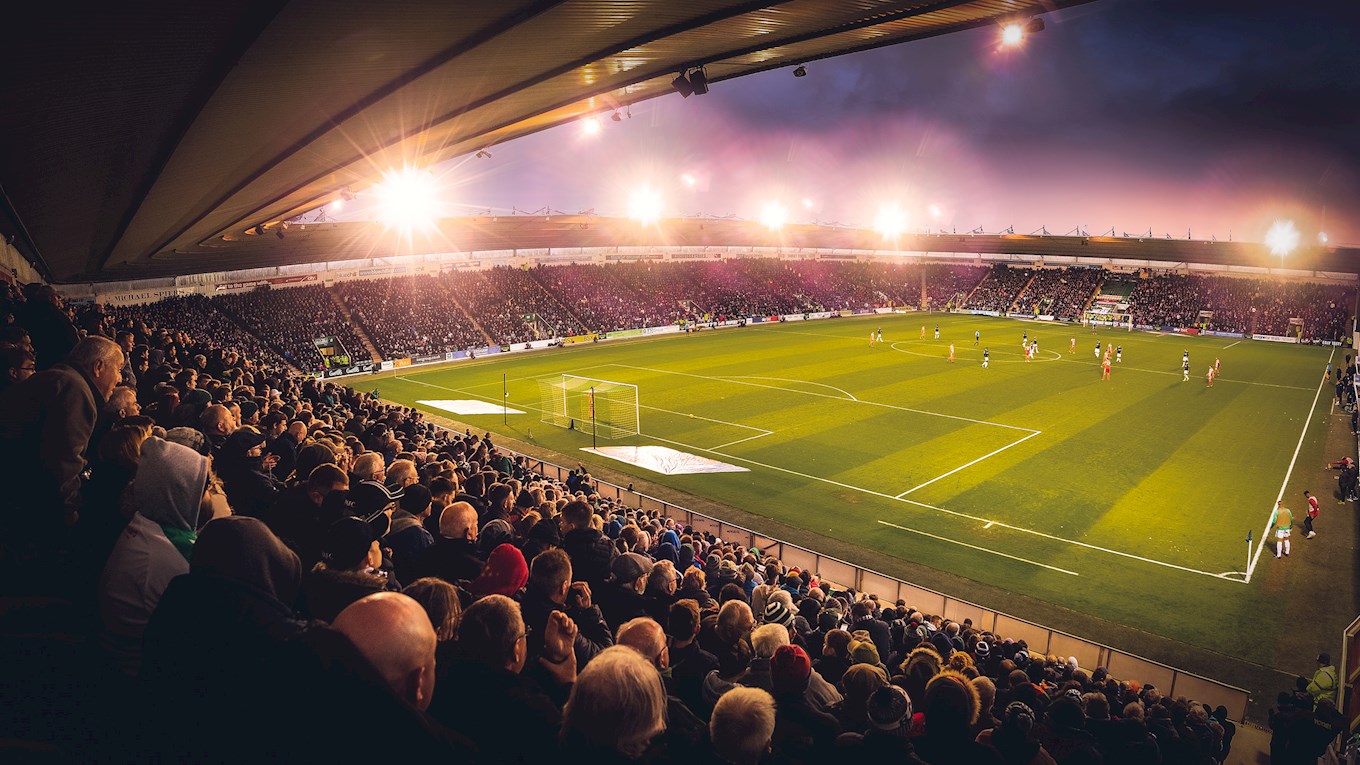 AFTER a successful trial in the new Mayflower Grandstand, the ambition to extend our cashless policy at Home Park Stadium will now enter a second trial phase.

The cashless approach provides the Green Army with a faster service, quicker transactions, shorter queueing times and a safer option than carrying cash.

The club has been operating a cashless concourse the upper-tier of the Mayflower Grandstand for a number of weeks now, and feedback on the system has been overwhelmingly positive from members of the Green Army.

As a result, we will now be offering cashless kiosks around the rest of Home Park Stadium - although one kiosk inside each of the Devonport, Lyndhurst and Barn Park stands will still operate with cash facilities between now and the end of the Sky Bet League Two season.

Payment options include chip and pin, contactless, as well as device payment, including Android Pay, and Apple Pay. As well as buying from refreshment kiosks, supporters can also make purchases from official Argyle staff roaming the stadium.

This will be mirrored in the Argyle Superstore and Home Park Ticket Office, which will go cashless from Monday, March 16. However, there will always be one cash till in operation, as well as a cash only window in operation on match-days.

Cashless kiosks will be operating around the Theatre of Greens as standard, with the following exceptions:

The move to cashless amenities has stemmed from Green Army feedback sent to the matchday@pafc.co.uk address, your online hub for sending suggestions and ideas as we strive to continue to improve the match-day experience at the Theatre of Greens.