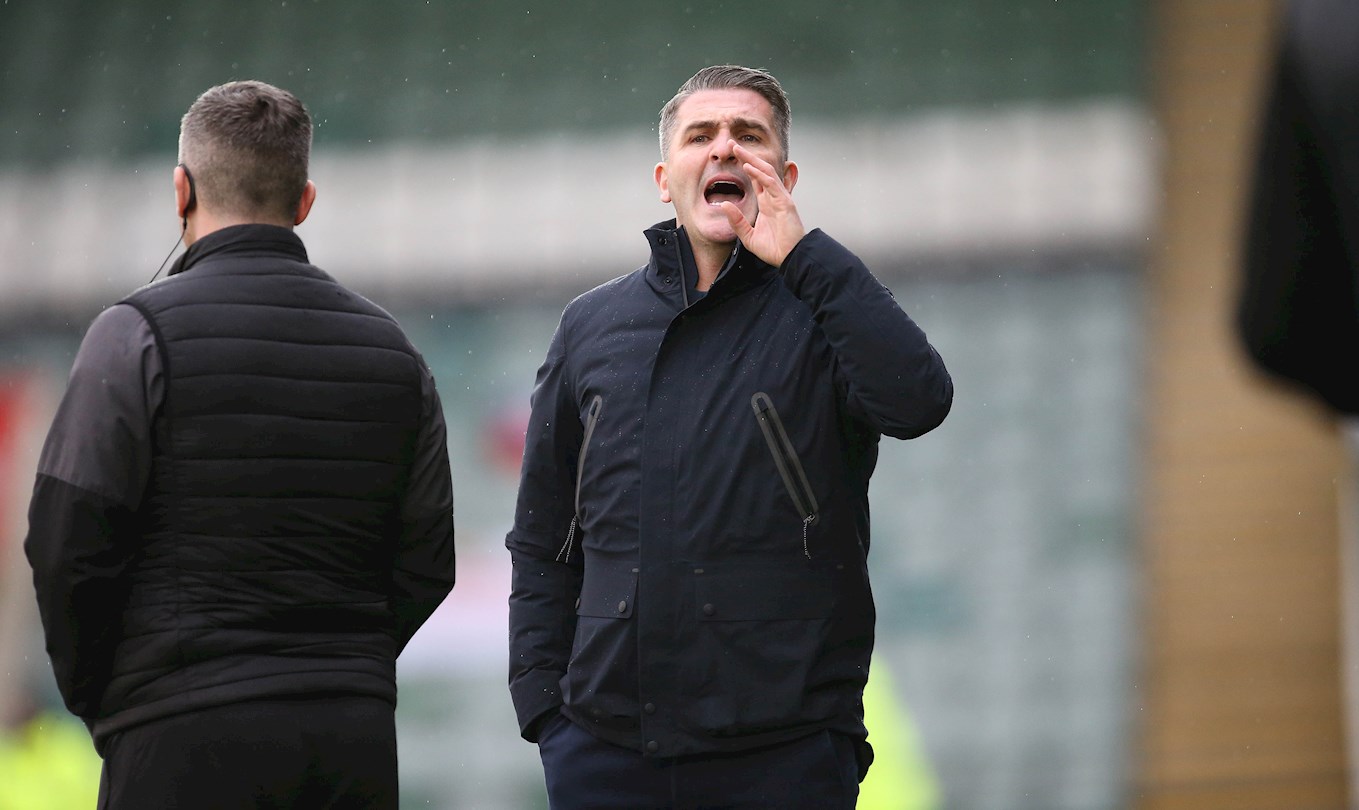 ARGYLE welcome Grimsby Town to Home Park tonight and the start of an 11-game countdown in the push for promotion from Sky Bet League Two.

After the frustrating defeat at Bradford on the weekend, the Pilgrims are naturally desperate to get back on the winning bike against Ian Holloway’s Mariners.

The added complication from Bradford was the impact of an extremely heavy pitch on Argyle legs and red cards for Gary Sawyer and Antoni Sarcevic leaves both men suspended for tonight.

“There are 11 games to go and 11 big games,” said manager Ryan Lowe. “We’re a good team, we want to get to a very good team and an excellent team.

“We’re having a few knock-backs here and there, a couple of draws and now a loss, but that’s football. It’s enjoyable to be in the mix and we’ve got to earn the right.

“We will keep pushing, keep working and they say in football that you have a little bit of a surge. It’s two home games on the bounce now against Grimsby and Macclesfield, and we’re relishing it.

“We’ve got a game to put it right [tonight] and what a tremendous effort from the lads, especially in the second half [at Bradford].

“We were ok in the first half but you only have to look at the pitch and, without being too disrespectful, we would rather put that game to bed and move on.”

The suspensions to Sawyer and Sarce are naturally disappointing, but it provides opportunities to the Pilgrims knocking on the door of a first-team start.

Although not in the same position as the banned duo, one of those staking a claim is striker Ryan Hardie, who again came off the bench to score at Bradford.

“We’ve got a squad that can go in there and players who can fill in those positions and do ever so well,” said the gaffer. “It is not ideal to lose a game of football and we need to get back on the bike. We’ve recovered the boys and another very important game.

“He [Hardie] impresses every day, works his socks off and that’s my decision on whether I play him or he comes off the bench. In the games he’s started, he has done well but perhaps not quite had the chances like when he’s come on as a sub.”