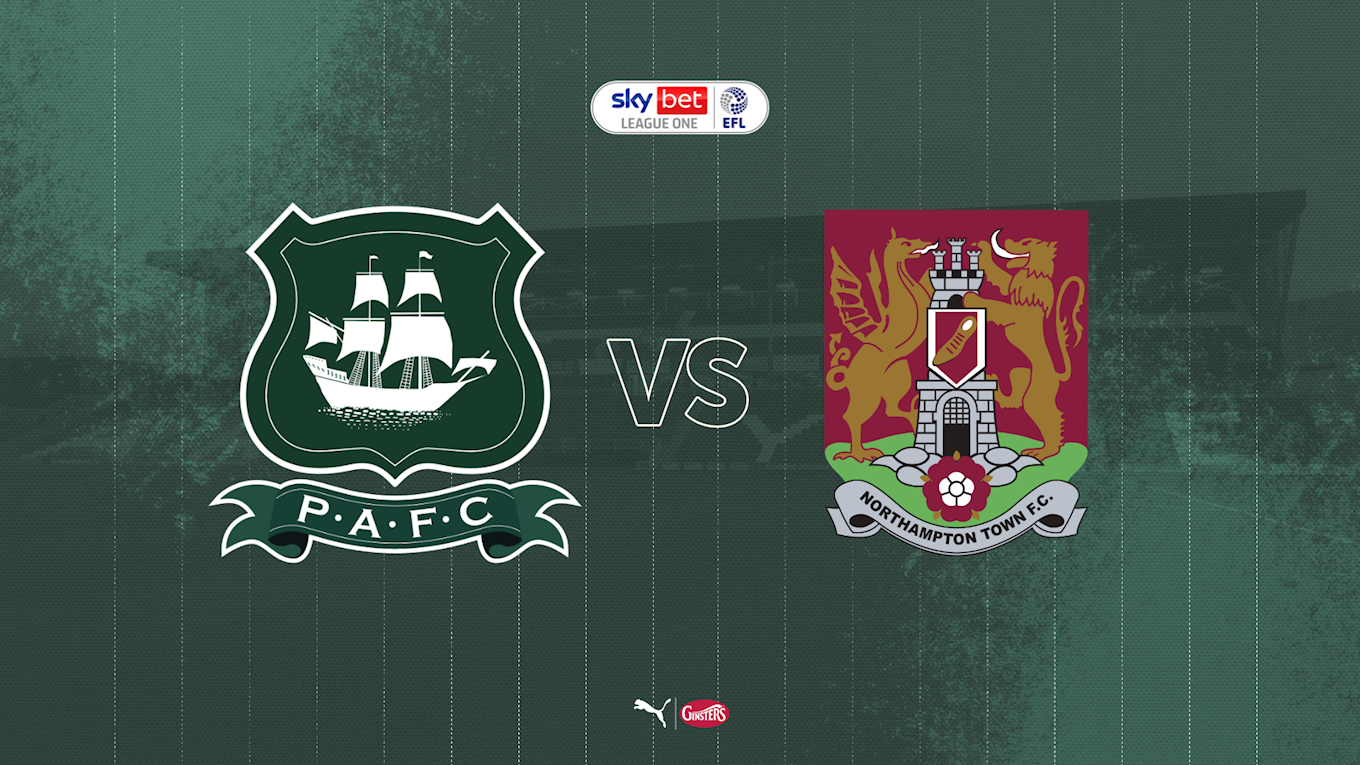 The Greens, boosted by a comfortable 2-0 victory over Burton Albion a week ago, sit just outside of the Sky Bet League One play-off places after their opening five fixtures, with a record of two wins, two draws, and one defeat so far.

However, Keith Curle’s side endured the worst possible opening minute of the 20/21 League One campaign, falling behind to AFC Wimbledon through Ethan Chislett, who scored with the season only 20 seconds old. To their credit, the Cobblers rallied to earn a 2-2 draw, courtesy of goals from Matty Warburton and summer signing Ricky Korboa.

The following week, Town secured an away win at Shrewsbury Town, with goals from Mark Marshall and Sam Hoskins securing a 2-1 victory.  Since then, however, the Cobblers have fallen to three consecutive league defeats, leaving them in 19th place in the table.

A 2-0 home defeat to newly relegated Hull City preceded the same scoreline away at Bristol Rovers, where Joe Martin saw red for Northampton either side of goals from Brandon Hanlan and Jack Baldwin.

A few days later, Northampton dispatched Southampton 5-0 in the EFL Trophy, with goals from Joseph Mills, Mark Marshall, Caleb Chukwuemeka and a Benny Ashley-Seal double, before falling to another 2-0 defeat against Peterborough United in the Nene derby last weekend.

Argyle manager Ryan Lowe has boosted his striking options with the deadline day capture of Fulham prospect Timmy Abraham, and the youngster is eligible for the fixture. Meanwhile, Ryan Hardie is nearing completion of a period of isolation following a positive COVID-19 test.

Howeer, Scottish midfielder Lewis Macleod is in doubt with a knee injury which saw him substituted in the first-half of the fixture against Shrewsbury Town last month.

The visitors’ trio of Scott Pollock, Joe Mills and Joe Nuttall are doubtful for the trip to Devon, but Curle is boosted by the return to fitness of Korboa.

ARGYLE AT HOME TO NORTHAMPTON TOWN IN THE EFL

Although the two sides had met several times in the Southern League, our first EFL meeting occurred in 1920, where Robert Jack’s men lost 0-2 at home to the Cobblers in Division 3. One week later, the Greens drew 1-1 in the return fixture.

97 years and a day after our first meeting in the League, Derek Adams’ Pilgrims reversed the above score line against Northampton.

Centre-half Sonny Bradley scored both of the goals to move us to within a point of Town in the League One relegation zone. The following month saw Argyle begin an incredible run of results which saw us narrowly miss out on the play-offs. The Cobblers, on the other hand, were relegated at the end of the season.

Town went on to finish second in the table, a point behind champions Newcastle United, and went up to the top-flight of English football for the first and, so far, only time in their history.

Most goals in a single game: Seven, in our 5-2 win documented above, and also in a 4-3 win for Jack Rowley’s Greens on Monday, 24 September, 1956, in a Division Three South fixture. Our scorers that day were Charlie Twissell, Neil Dougall (2) and Peter Kearns.