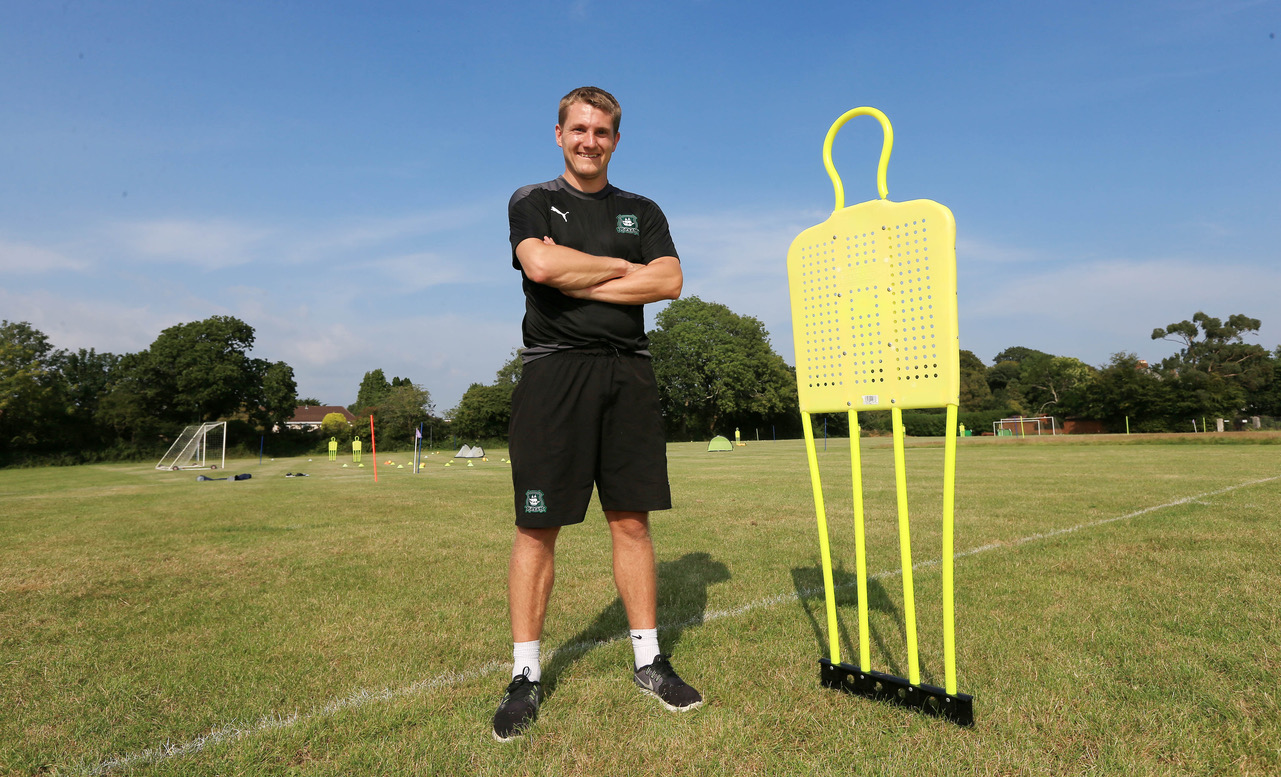 Despite the significant challenges that COVID-19 has placed at the door of youth football, Academy Manager Phil Stokes is confident that the Pilgrims’ youth set-up will emerge from the pandemic stronger than ever.

This week, Academy teams below under-16 level return to permanent training for the first time since December, marking the end of a frustrating spell for all associated. In the interim period, training programmes have been completed remotely, with online support from Academy coaches and mentors.

Stokes said: “It has been a really difficult time at the Academy, and with the under-nines up through to the under-15 teams unable to resume normal protocol, our programmes had to move online.

“Academy staff, players and parents deserve a lot of credit for how they have adapted throughout this period. They have coped really well, and the players have continued their development virtually but are all really excited to be returning this week.”

The programmes included three sessions a week, underpinned by a newly devised life skills session led by Sam Stubbs, the club’s Head of Education, Welfare and Player Care, while aspiration-raising guest speakers include the likes of former Academy graduate Dan Gosling, who made nearly 200 appearances in the Premier League after leaving Home Park.

Stokes said: “Coaching staff have also put on weekly technical sessions via Zoom alongside a physical programme devised by Max Whittingham [Head of Academy Sports Science], so players are in a good routine and position when they return.”

With the opening of schools this week signalling loosening of restrictions on training, the youth teams can now return to a somewhat normal curriculum.

“It’s a big transition to get back into schools again, so we’ll be gradually easing players in throughout the next couple of weeks,” Phil explained. “We’re excited to have the full youth Academy back.”

Despite the temporary suspension of a number of age groups in the past year, the club has not stood still in its Academy development plans under the leadership of Director of Football Neil Dewsnip. This has included a re-structure in the Academy, a new coaching curriculum, and a continuous professional development plan for the Academy coaches.

At the senior end of the Academy production line, successful youth graduates Michael Cooper and Luke Jephcott serve as an example of what can be achieved at first-team level. This showcases the opportunity and pathway for the players within the Academy – with clear targets now set for progression into the first-team.

However, Stokes is also clear on the role the club has to play in supporting those who do not quite make it through to the professional game. He said: “We consider it vitally important to help all of our Academy players throughout their journey and time here with us in the Academy - we try to ensure they develop as a player and a person.”

As part of the re-structure, the Academy appointed Sam Stubbs in October 2020. While only months into his role, Sam has been busy creating a network of contacts within schools across Devon and Cornwall.

“Sam will be in contact with schools a least three times a year to ensure that the Academy players are able to balance their education, whilst training with us in the Academy three to four times a week. Sam will also lead on the Academy life skills programme devised across the age groups – this will be focusing on the players’ development off the pitch and will include guest speakers as part of the LFE [League Football Education] programme.”

Furthermore, through Stubbs’ work, the Academy will also provide support to those players who move onto other ventures after their time at Home Park. Each player leaving the system will receive an exit strategy tailored to the individual, with video clips packaged for players to help pursue other avenues, including scholarship opportunities at universities, both in the UK and overseas.

Stokes said: “The majority of players will graduate from the Academy at some stage in their development. We provide the players with potential pathways for them to continue their aspirations. We have examples of Academy graduates moving abroad to Universities in the US, attending higher education throughout the South West, or progressing into the men’s game – we had a number playing for Truro City last season.”

Having joined the club in its post-administration days, Phil has never been more upbeat about the prospects of the youth project at Home Park.

“We’re definitely in the best place we have been in my time at the club. The staff structure in the Academy is progressing well, and we are motivated and excited about the long-term future here.

“We are focused every day on becoming the best Academy we can be in player development both on and off the pitch. We want to produce excellent players, but excellent people, too.”