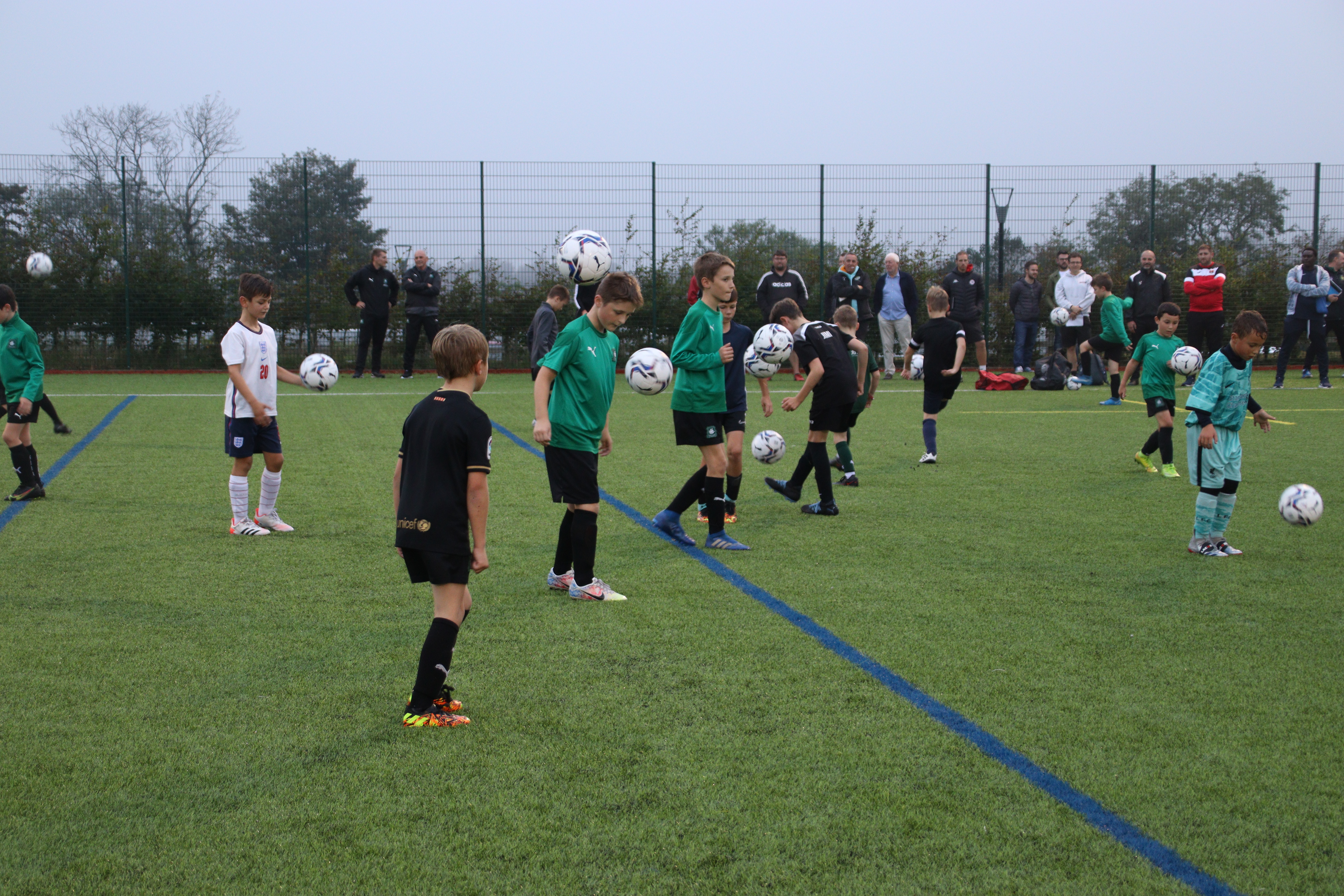 From the youngest Primary School Pilgrims in the Argyle Pre-Academy to those knocking on the first-team door, we are blessed with a team of dedicated coaches, responsible for nurturing and developing young talent.

Dan Thompson has been part of the Argyle staff since 2014 and works as the Lead Coach for the Youth Development Phase, which focuses on players aged from 12-14 years.

Like any coach, the highlight for Dan and his team is to see the hard work in training lead to positive outcomes in a match environment, with the Argyle youngsters competing in a games programme against clubs from across the south-west, along with regular fixtures with leading Academy clubs.

“I played football at a fairly decent level in the Toolstation Western League, so semi-professional in standard,” said Dan. “As a coach, I am very passionate about developing young players, it doesn’t feel like work to me.

“The most rewarding aspect for a coach is the game-day, when you see the players put a plan into action. If the boys have learned something specific at training during the week, it is fantastic to see that displayed on a Sunday morning.

“It is very satisfying for any coach to see work on the training ground bring results in a game. We will set the players a tactical challenge on a match-day, based around the areas we have been working on, so it should be in their minds out on the pitch.”

The Home Park Academy works to a coaching syllabus, ensuring the full range of technical, tactical, physical and psychological skills are developed.

There is, however, scope for the coaches to adapt and apply the syllabus at times they feel are most relevant to performances.

“We’ve got a coaching syllabus to follow and we cover every aspect of that curriculum during the course of a season, but there is flexibility around when we look at particular areas,” said Dan.

“It means we can work on certain aspects when we feel it is most needed for the players, which can be determined by things that arise in matches and during training.”

Working in an Academy that ranges from players aged six to 18, all the coaches at Argyle learn the art of flexibility and tone, adjusting their approach to the age range and differing personalities of young footballers.

In the Youth Development Phase, it is very much a transitional period for young people, as they move from Primary School age to becoming young teenagers, with all the physical and emotional challenges that can bring.

“I used to work with the younger players in our Academy and the Youth Development Phase is very different because, at the age of 12, players are still young children and some can still be very small in stature,” said Dan.

“You then have kids aged 13 and 14, who are physically the size of young men and have advanced levels of maturity. You can have an age group with huge differences in their physical and emotional outlook.

“It is the skill of a coach to hopefully find the right balance. Every kid is different, they have different ways of learning and coaches will identify how we work with the players.

“Some might need an arm around the shoulder, some you can demand a bit more and set them challenges. Some players are visual learners, while others find it easier to follow an instruction.”

All of the hard work on a cold and rainy midweek night in training, and long trips for a Sunday game are now being rewarded with an unprecedented time of homegrown talent at Home Park.

For the young players in our system, it is superb inspiration to see Academy talent flourishing at first-team level, and Dan is confident there will be more to come.

“In my seven years at Argyle, this is definitely the strongest position the Academy has been in,” he said. “We are at a point where the set-up feels really strong, right the way through the age groups.

“We have Academy players making their mark on the first-team and we also know there are more quality performers coming through the system, who will also be ready to make an impression at a senior level.”

You can help support the next generation of talent at Home Park by joining the Big Green Lottery.