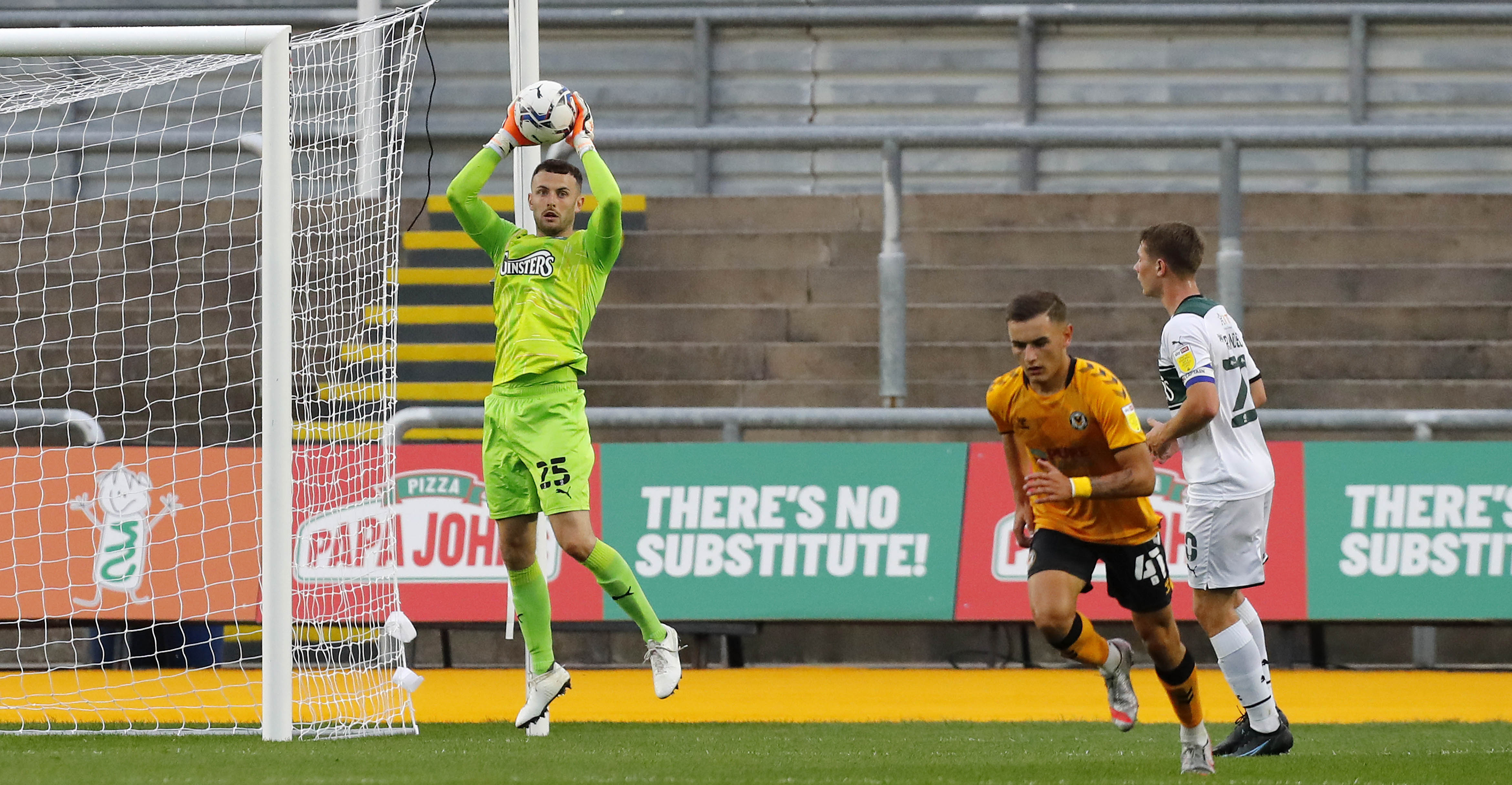 At 25, new Argyle ‘keeper Callum Burton was one of the senior pros in Argyle Papa John’s Trophy defeat to Newport County AFC on Tuesday night.

15 members of the 18-man squad that travelled to south Wales had either graduated or were currently in the Argyle Academy, with Ryan Law the oldest at 21.

The stopper, who was signed from Cambridge United in the summer, was making just his second appearance for the Greens, featuring seven days earlier in the Carabao Cup defeat to Swansea City.

Despite not being at the club for long, he took it upon himself to help the younger players in the squad.

He said ,”To see so many youngsters getting their debuts and competing against a good League Two side is brilliant

“At 25 you don’t want to be one of the senior lads.  You just have to encourage because, I remember my debut, it is nerve racking and sometimes you do get caught up in the adrenaline.

“We had some calming influences in there, we had Willo, Ollie, Rands and having them alongside you and praising you is only going to help them.”

So far, Callum has only featured in two cup games but has been an ever present in every Argyle matchday squad.

He says that he, Mike Cooper and Luke McCormick have built up a strong relationship and help each other improve.

He said, “I’ve loved it, coming to a club like this you want to play as many games as possible and help the club get to the next level.

“Since I’ve come in, Mike, Luke, that goalie group is such a good environment.

“We all just learn off each other. Me and Coops learn off Luke and were trying to drive each other on.

“Whoever is playing the other is just backing them up. I think that will only bring the best out of both of us.”